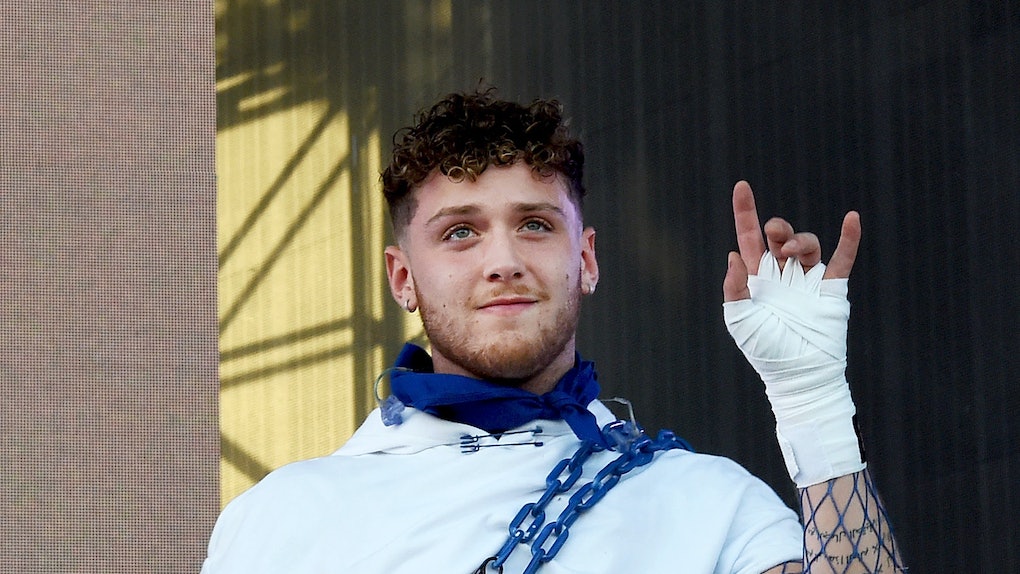 Who Is Bazzi? The "Mine" Singer wrote & Recorded His Breakout Single In 2 Days

Boys and girls, please ready yourselves for your new favorite musician, Bazzi. Now, you might be asking yourself, "Who is Bazzi?" which is fine. I'm embarrassed to say I didn't know who he was either. Well, at least I thought I didn't. Then I learned the hit track "Mine" that I've been bopping to in my car, at the gym, in various retail stores, etc. etc. is by the 20-year-old musician and now I feel stupid. His voice is serving me a more melodic tone than Post Malone and his fashion style is somewhere between Gwen Stefani circa 1990 and a chill Sam Smith, which means I'm totally in.

His full name is Andrew Bazzi, but I agree that his last name is the better part. He's recently been pulled to the forefront of music culture thanks to his 2019 Billboard Music Award nomination for Top New Artist against fierce competition like Dua Lipa and Lil Baby, but it was bound to happen even without an awards show. He's one of these magical humans who had his first hit just "come to him" practically in a dream, but better, because it was reportedly at a pool party. According to USA Today, "Mine"'s memorable opening lyrics "you're so f*cking precious when you smile" just came to him "kind of spit out in freestyle."

Bazzi said, "I loved the simplicity of it, while at the same time, it held so much detail and feeling." Two days later, he recorded the whole track.

The music video is a sexy psychedelic romp through... I don't know... outer space and night clubs? Which checks out. Reportedly, he's "obsessed" with space. In fact, his album is titled Cosmic. "I think space and music go hand in hand, in the sense that they give a little more mystery and magic to life," he said.

Additionally, Bazzi's talents stretch way beyond just singing. It's reported that he also plays guitar, drums, bass, and piano, and his instrumentals are included on all 16 tracks of Cosmic. Funnily enough, another famous singer-songwriter is closely following his career. Bazzi popped up on Taylor Swifts "Songs Taylor Loves" playlist on Spotify, which is something he called "really cool."

Not for nothing, this guy keeps good company. He's toured with Justin Timberlake and Camila Cabello, whom he collaborated with on the song "Beautiful."

Today, he has one million followers on Instagram, though he currently follows zero people himself. It's sort of an interesting social media approach for him considering he first broke into the music scene using the old app Vine. Once that became a moot point, Bazzi grew his audience on YouTube.

While he might be one of the younger faces on the music scene, his idols are classic OG's like Prince. He also once told MTV Drake has a huge influence on him, explaining, "Drake was the first time I turned an artist on and I was like, 'I feel that,' you know? 'That's how I feel.' And I think that really inspired me. That pushed into the category of wanting to be truthful and vulnerable in my music."

Whatever Bazzi's doing, it's obviously working for him. Go follow him on social media, just don't expect a follow back.