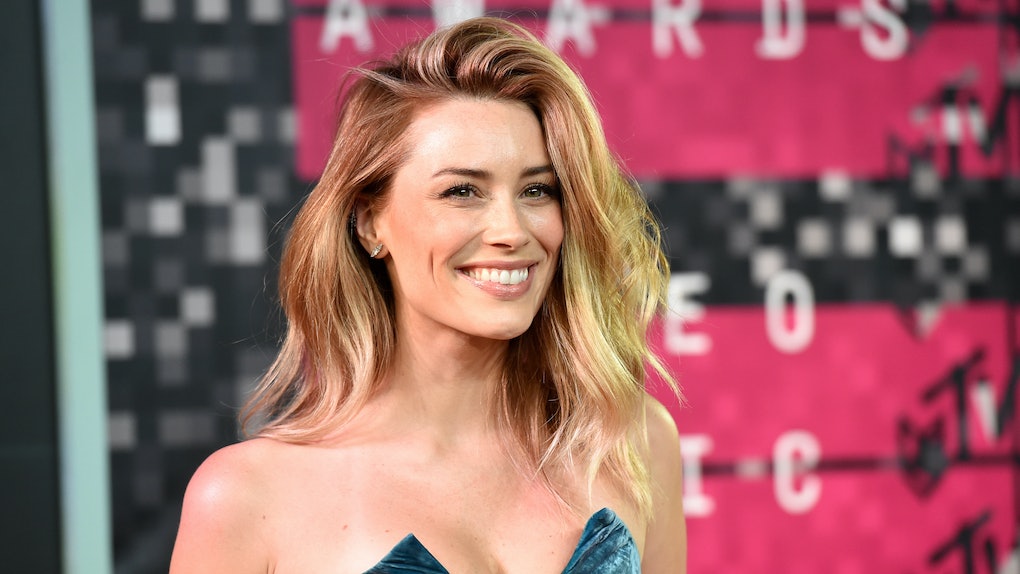 Who Is Arielle Vandenberg? The American 'Love Island' Host Is A Familiar Face

If you can't swing an island vacation this summer, CBS has got you covered with its upcoming dose of love, sun, and drama. Modeled after the hit British reality TV show, Love Island premieres on CBS in July and will introduce viewers to young singles hoping to make romantic connections and win a cash prize. Commentary from a host will accompany these summer shenanigans, so who is Arielle Vandenberg? The comedian and actress will helm the reality series and keep viewers up to date with competitors' latest drama.

In case you're unfamiliar with Vandenberg, chances are that you've caught a glimpse of her in guest roles on TV and on your social media feed. After playing Lisa Lawson on Greek and appearing in a 2008 episode of How I Met Your Mother, she developed a following on Vine for her comedy clips. If she can make people laugh when she's almost always on her own, can you imagine Vandenberg's funny takes on islanders' hookups and heartbreak?

Following the announcement of her hosting gig, Vandenberg wrote on Instagram, "Are you kidding me? Dreams really do come true! I feel so honored to be a part of this amazing @cbstv family! WOW! I’m buzzing right now! I’ve waited my whole life for a moment like this! And it feels exactly as I imagined!"

In an official statement, Vandenberg also said, "As a huge fan of the show, I can't tell you how excited I am to be hosting Love Island this summer. I'm here for it all... the love, the relationships, the re-coupling... bring it on. I feel so honored to be at the head of the table watching it all go down!"

TV presenter Caroline Flack, Vandenberg's Love Island UK equivalent, typically oversees the show's contestant pairings and evictions and introduces each episode. During the UK series's ongoing fifth season, fans have come to notice that Flack isn't appearing as often as usual, but as Vandenberg is helping to introduce Love Island to an American audience, chances are that she'll pop up regularly to deliver the lowdown via Vine-ready one-liners.

Premiering in the UK in June 2015, Love Island is essentially what happens when Bachelor in Paradise meets The Challenge. A group of single men and women arrive at a island villa each season and pair up immediately, competing in challenges and making and breaking love matches as new contestants are added to the mix. Viewers also have the power to vote out couples, while the remaining pair will ultimately win a cash prize. Starting July 9, the American series will air on CBS five nights a week, and if you're looking for something to hold you over until a new season of Bachelor in Paradise, the similarities between Love Island and the Bachelor franchise are notable.

"People love [The Bachelor] and are never going to stop loving that show,” Love Island executive producer David Eilenberg told Entertainment Weekly. “I believe the formats do something entirely different. Fundamentally, The Bachelor is a romantic-dramatic soap and Love Island is an ensemble romantic comedy… Love Island is like Clueless — it’s a bunch of people trying to find their way to love, and you’re rooting for each of them."

Just like Vandenberg, I'm ready to spend my summer watching strangers fall in and out of love. Love Island premieres at 8 p.m. ET on Tuesday, July 9, on CBS.