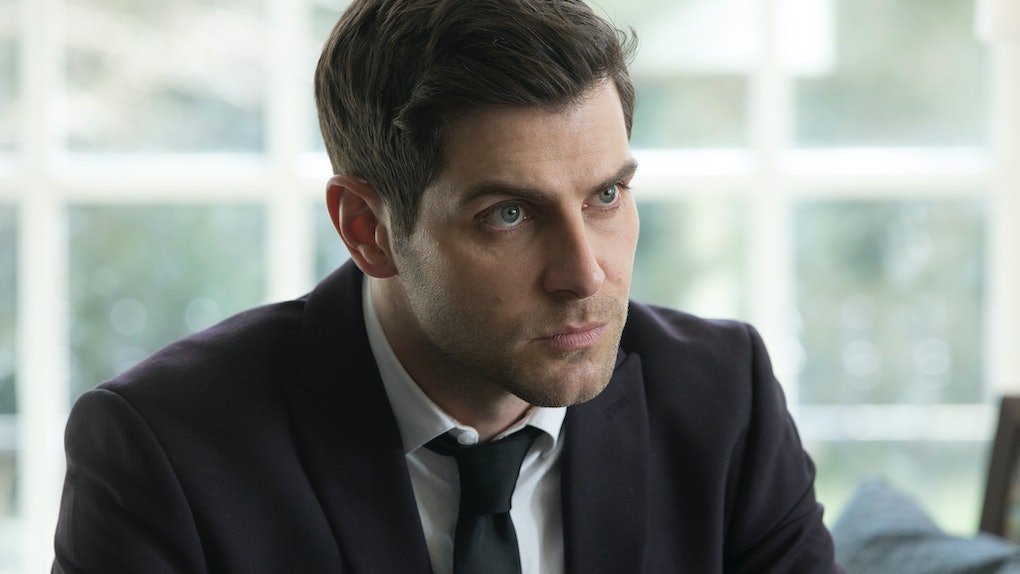 Who Hit Eddie In ‘A Million Little Things’? The Car Accident Is A Mystery

A Million Little Things is back and audiences finally have the answers to some lingering questions. The Season 3 premiere picked up right where Season 2 ended, with Eddie's friends and family dealing with the immediate aftermath of his car accident. While audiences found out most of the details surround the crash, there's still one big lingering question: Who hit Eddie in A Million Little Things? It looks like the identity of the driver will be one of this season's big mysteries.

Warning: Spoilers for Season 3, Episode 1 of A Million Little Things follow. Eddie's (David Giuntoli) fate was left up in the air after his accident at the end of Season 2, but audiences weren't left hanging for too long during the Season 3 premiere. Eddie did survive the accident, but he wasn't completely unscathed. When his son Theo (Tristan Byon) climbed into his hospital bed, Katherine (Grace Park) soon realized Eddie couldn't feel his legs. After the accident, Eddie was left paralyzed from the waist down, with a very small chance of ever being able to walk again.

But, there were even more revelations in the Season 3 premiere. In a flashback to the night of Eddie's accident, the driver who hit Eddie was the one who called 911 to report the accident as he drove away. The man wouldn't say his name to the 911 dispatcher, but he also didn't leave Eddie without any help, which raises some questions about how and why he hit him.

That wasn't the only time the driver appeared in the season opener. By the end of the episode, a month had passed since Eddie's accident and Eddie and Katherine were able to finally have the vow renewal ceremony they had planned. While they celebrated in their backyard, the audience got one more peek at the driver, this time sitting in his parked car across the street from Eddie's house. It seems like the driver is not done with Eddie yet, which leads fans to believe he'll be playing a big role this season.

When Eddie was hit by the car, he was by his family's old lake house trying to figure out how he was involved in the death of a woman named Alex Stewart when he was a teenager. In Season 2, Alex's sister Colleen (Betsy Brandt) told Eddie not to dig into the mystery, so it would make sense if another member of Alex's family wanted to stop Eddie — and took extreme measures to do so.

Of course, the drive could also have just been a rando who feels bad about the hit-and-run. Either way, there's definitely more to the story of Eddie's accident, and it all starts with the driver's identity.