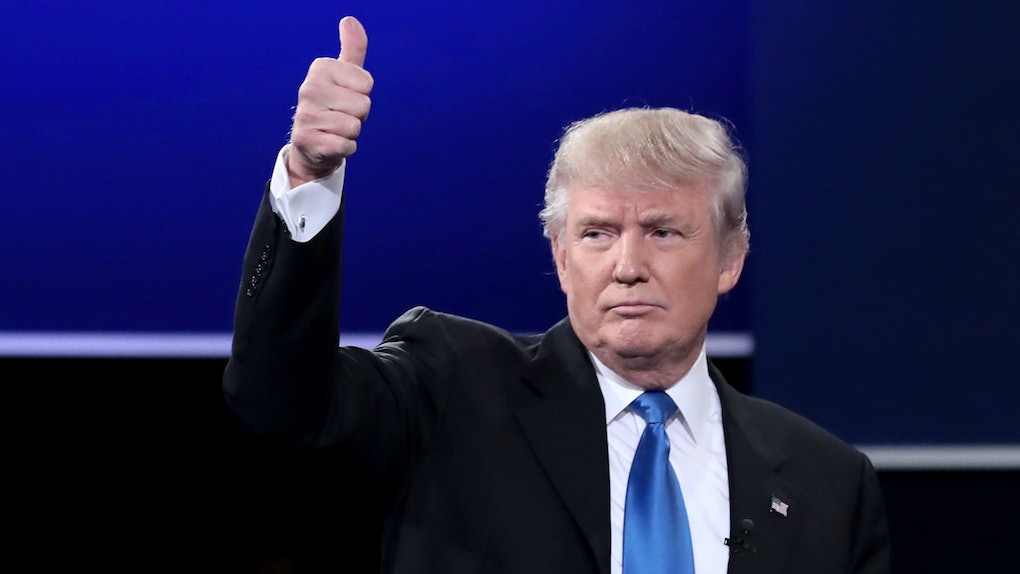 Where Will The 2019 State Of The Union Take Place? There's Some Back & Forth

New year, new State of the Union. With the days until the scheduled Jan. 29 event quickly approaching, some of us are readier than ever to hear the president's agenda for his third year in office. But you might be wondering: Where will the 2019 State of the Union take place? After all, this year's event has been clouded in confusion and uncertainty for days.

UPDATE: On the afternoon of Wednesday, Jan. 23, President Donald Trump told reporters that he would not be delivering his 2019 State of the Union address on the floor of the House, and would instead be finding another location for the address. "We'll do something in the alternative," he said, per USA Today.

EARLIER: While the event usually takes place in the House chamber, House Speaker Nancy Pelosi (D-California) recently urged President Trump to delay his 2019 speech, citing security concerns from the partial government shutdown, which is now in its 33rd day and has left swaths of the government unfunded, including the U.S. Secret Service. But on Wednesday, Jan. 23, the president announced that he is going through with the event — same schedule, same place. In a letter to Pelosi, tweeted out by White House Press Secretary Sarah Sanders, Trump wrote that her concerns were unfounded, saying national security officials assured him that there are “no security concerns regarding the State of the Union address” and “therefore, I will be honoring your invitation.” As Speaker of the House, Pelosi is responsible for inviting the president to deliver the State of the Union, which she did on Jan. 3.

He continued, “It would be so very sad for our country if the State of the Union were not delivered on time, on schedule, and very importantly, on location!”

Hours after he shared the letter, Pelosi followed up with a note to the president saying that the House won't be passing the resolution required to approve the joint session of Congress where the State of the Union would be held. According to CNBC, she said lawmakers “will not consider a concurrent resolution authorizing the President’s State of the Union address in the House Chamber until government has opened.”

Pelosi continued, “Again, I look forward to welcoming you to the House on a mutually agreeable date for this address when government has been opened." CNBC reported that Trump said he would be responding to Pelosi later on Wednesday, but he has yet to comment as of writing. The White House and representatives for Pelosi did not immediately return Elite Daily's request for additional comment.

Her comments come after House Democratic caucus chairman Hakeem Jeffries said on Jan. 22 that it is "highly unlikely" that the event will take place in the House chamber if the government isn't open by Jan. 29, per CBS News. And by the look of things, it won't be. Democrats have refused to give Trump the $5.7 billion he wants for the construction of a wall at the United States southern border, instead offering just over $1 billion for border fencing and barriers, even though he said "nothing else" will end the shutdown other than his wall.

But the president is reportedly already weighing some back-up options. According to CNN, he's considering having a political rally outside of Washington D.C. However, White House officials told the outlet that they are concerned that that might not be formal enough to replicate the traditional event. Other officials reportedly said doing such a thing might be viewed as just another campaign speech, which apparently aren't as captivating as they used to be. There's also the fact that television networks don't always capture his rallies and knowing Trump, he's going to have a lot to say, so a rally really might not be the best option.

Ultimately, you can bet that Trump is going to get what he has to say out, no matter what. So keep those eyes peeled, regardless. Six days left to go until the big event.