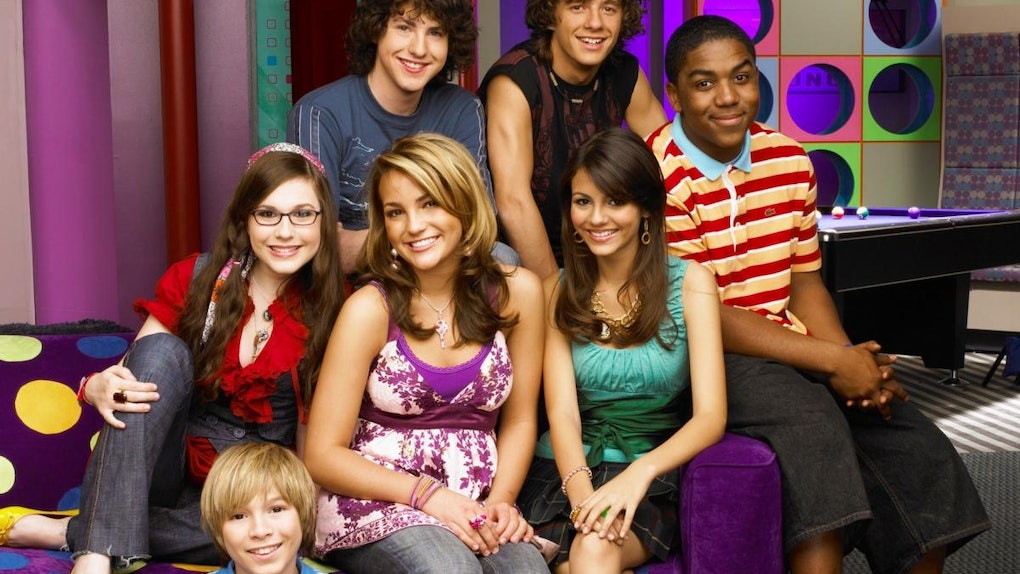 Where Is The 'Zoey 101' Cast Now? The Show Just Celebrated Its 14th Anniversary

All preteens from the mid-2000's had a few wishes. They wished they would grow out of their awkward prepubescent stages quickly, that their crushes would finally notice them, and that they could somehow attend the fictional school of Pacific Coast Academy from the hit Nickelodeon television series Zoey 101. With the sun always shining and adventure awaiting at every corner, it was every kid's dream to attend and live at PCA. With Jan. 9th marking 14 years since Zoey 101 aired, many can't help but wonder: Where is the Zoey 101 cast now?

On the show's 14 year anniversary, Jamie Lynn Spears took to Instagram to share her love and appreciation for the show. She captioned the photo: "Are you ready? 14 years later...still a jam." But below her initial statement laid more text that left Zoey 101 fans completely shook. Spears hash tagged "#itdidNOTendbecauseofpregnancy" followed by #contractwasfinished."

When the show wasn't renewed in 2008, fans assumed it was because of Spears' pregnancy. Now, she's officially setting everyone straight.

With some of the show's stars still pursuing careers in Hollywood and others laying low, here's what the cast of Zoey 101 is up to now.

Spears, who shares the same last name with a pop singer you might know, has been living a pretty normal and quiet life following Zoey 101 and the scandal that surrounded her pregnancy. After getting pregnant at age 16 by then boyfriend Casey Aldridge, Spears gave birth to a daughter, named Maddie Briann, who is 10 years old now. Aldridge and Spears' on-again off-again relationship finally came to an end in November of 2010 and Spears is now married to businessman Jamie Watson, with whom she shares a newborn daughter with named Ivey Joan. Spears' also tapped into a career in country music back in 2013, releasing a single, "How Could I Want More" along with her debut EP titled The Journey.

Dustin Brooks, the younger brother to Spears' Zoey Brooks, was played by Paul Butcher. Since the show ended, he's worked to stay in limelight by taking on some small roles and voiceover work over the years, along with releasing original music and covers of songs like Shawn Mendes' "Mercy." Speaking about his song "Blood," which was released in 2017, Butcher shared to MTV News his belief that it is "artist's duty to create art that reflects the times and can ultimately make a difference."

If you look up "Friendzone" in the dictionary, it wouldn't be surprising if a picture of Flynn's Zoey 101 character appeared. Flynn portrayed Chase Matthews on the hit Nickelodeon series and since then has kept a pretty low profile like many of his other Zoey 101 cast-mates. Since the show ended, Flynn starred in roles for Hatfields and McCoys: Bad Blood and Devious Maids before his final acting role in 2015 on the TV short What Did Zoey Say? where he and fellow Zoey 101 cast member Christopher Massey reprised their roles to reveal an important plot point that was never resolved on the show involving Spears' character and a time capsule.

Sanders was known for playing quirky and intelligent Quinn Pensky on the show and following Zoey 101, Sanders continued acting in small roles on shows like Weeds and Mad Men before landing a recurring role on another Nickelodeon hit show, Big Time Rush. Most recently she appeared in the 2017 drama Limelight and according to her Instagram profile she is a "lifelong yogi" and she has shared some super chic and cute posts of her living life to the fullest.

Many people don't realize that Christopher Massey, who played class clown character Michael Barret on the show, is the older brother to fellow child star Kyle Massey who starred as Cory Baxter on both That's So Raven and Cory in the House on the Disney Channel. Since leaving Zoey 101 Massey has kept a low-profile, but he has seemed to make a comeback having released a song titled “Bankhead Bounce Bank” in March of 2018.

Since Zoey 101 ended in 2008, Underwood only took on one other acting role in 2009. In 2013 he directed for his former costar Jamie Lynn Spears' music video for her song "How Could I Want More" and a look at his Instagram account reveals he is now pursuing a career in art animation.

Playing the role of the ever eccentric Lola, this was Justice's breakout role and she can arguably be considered the most successful after Zoey 101 ended. Justice went on to appear on other Nickelodeon shows such as The Naked Brothers Band and iCarly before she landed her very own series, Victorious (Remember? The one with a redheaded Ariana Grande?) She also pursued a career in music releasing a single in 2013 and took on other acting roles such as the title role of the short-lived series Eye Candy and a role in the 2017 television remake of The Rocky Horror Picture Show.

Nikolas was cast as bubbly Nicole Bristow on Zoey 101 and sadly only lasted two seasons after it was rumored there were numerous fights between her and co-star Jamie Lynn Spears – including a rumored run in with Spears' older sister Britney. After Zoey 101 the actress appeared in guest roles on other shows such as The Suite Life of Zack and Cody, Supernatural, CSI: Miami and Criminal Minds and has recently spoken out about the series sharing a post on Instagram that criticized the network for making her boy crazy, telling her fans "Ladies don’t be boy crazy instead be you crazy and build your own empire. Kids networks need to stop sexualizing children. It’s creepy."

Many of the show's stars have expressed their love and gratitude for the show over the years and with everything getting the reboot talk lately could a PCA reunion be possible? Only time will tell.