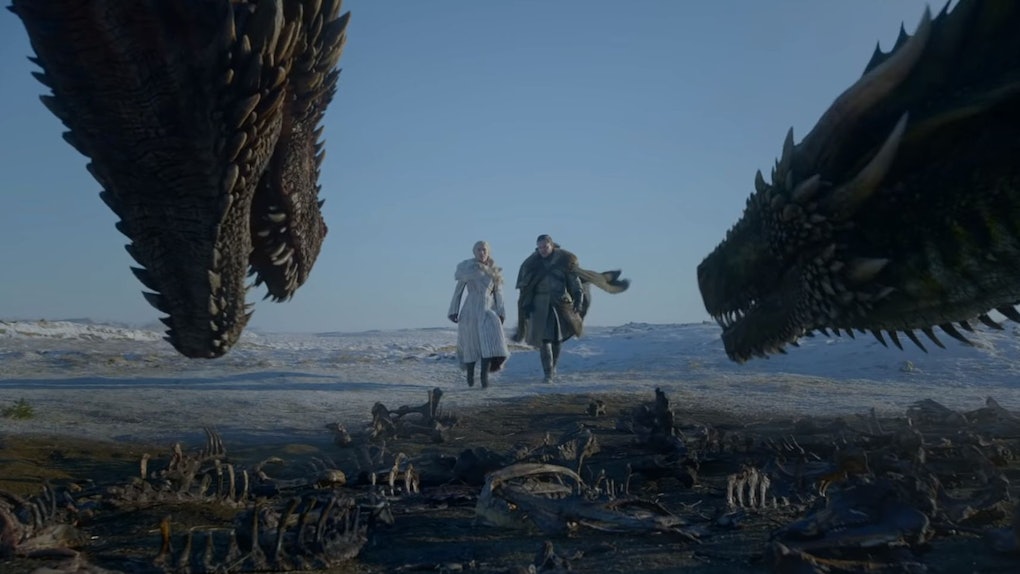 When Will The Battle Of Winterfell Happen? The 'GOT' Season 8 Trailer Reveals New Details

Ahead of Game of Thrones Season 8's premiere, there were rumors the showrunners argued they didn't want to release a trailer. Unfortunately (or perhaps for fans, fortunately) HBO refused to allow it and insisted the show must cut one. The resulting Season 8 teaser is a highly disciplined two minutes of staying on message, like a politician on a Sunday morning talk show. The trailer, like the other promotional pieces heading into Season 8, wants to talk about the Battle of Winterfell, and now much else. But when will the Battle of Winterfell happen?

If an interview in Hungarian outlet Sorozat Wiki with Night King actor Vladimir Furdik was translated correctly, the answer is Episode 3. This jives with other information released so far about the overall arc of the coming season, specifically regarding director Miguel Sapochnik, the man who has helmed most of Game of Thrones most significant battle sequences. Episode 3 is one of his two assignments.

The Battle of Winterfell will supposedly take up almost the entire episode, start to finish, and will be the longest battle sequence ever committed to film. According to Entertainment Weekly, who went behind the scenes of its creation, Sapochnik "tried to find a longer battle sequence in cinema history and couldn’t."

The trailer gives the barest hints of what's to come:

According to the Entertainment Weekly story, this episode took weeks and weeks to film, and was some of the most brutal work the actors had ever done, either on the show or anywhere else. It also brings together "the largest number of GoT major characters together since the show’s debut episode in 2011."

Going through the trailer, here's who is involved:

In addition to this, the Entertainment Weekly article describes a scene where John Bradley, who plays Sam Tarly, is sword fighting during the filming of this episode, and also mentions Tyrion Lannister and Sansa Stark will be part of the battle. Sansa is not shown fighting in the trailer, but she's gotten an armored gown for the occasion. You don't spend that many hours sewing an armored gown and then not walk the battlements wearing it.

Throw in the Night King, and that's 18 main characters in one massive battle sequence. The Battle of Winterfell looks to be one of the most historic episodes of the series to date.