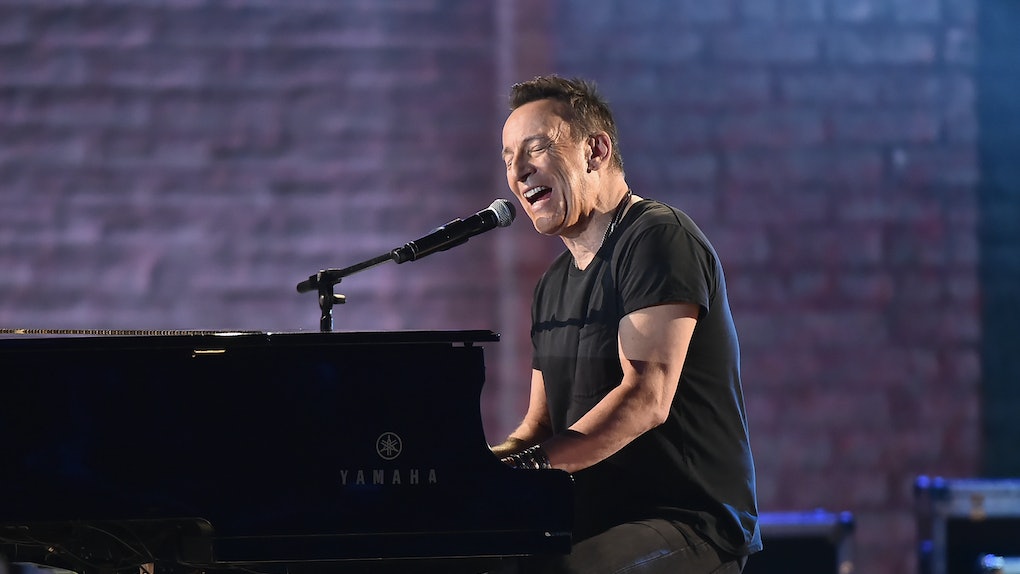 When Will 'Springsteen On Broadway' Hit Netflix? The Promised Land Is Coming Soon

This past Broadway season there have been two shows which have been the hottest tickets to get. The first is Harry Potter & the Cursed Child, perhaps one of the most expensive non-musicals to land on the Great White Way. The other is Bruce Springsteen's one-man show, the most music-filled one-man performance of the season. Both have held lotteries to help get tickets to fans. But the reality is, not everyone will get to see these shows live in New York. So, Springsteen is doing something about it. Springsteen On Broadway will hit Netflix this coming winter, just as the live show draws to a close.

Unlike Potter, which can run for years with new casts switching out as it goes along, one-man shows depend on the man in question to show up for eight performances a week. Springsteen has been a good egg in this regard. The show's original "limited run" was supposed to close on Nov. 26, 2017. But he's agreed to extend it, and then extend it again, well past a full year's worth of performances.

Closing night is now scheduled for Dec. 15, 2018, the same day a filmed version of the show will arrive on Netflix for everyone to enjoy.

The purpose of the film is to bring this incredibly intimate show to Bruce’s entire audience intact and complete. In addition to its many other virtues, Netflix has provided for a simultaneous worldwide release which is particularly important for our massive international audience. Ted Sarandos and the entire company’s support has been a perfect match for Bruce’s personal commitment to the filmed version of ‘Springsteen on Broadway.’

Springsteen's one-man show is based on his best-selling autobiography, which is named for one of his biggest hits, Born to Run. (It's available to buy on Amazon.) Thew show features Springsteen on guitar and piano, performing stripped down versions of some of his greatest hits while talking about the personal stories from his life that inspired them. His wife and bandmate, Patti Scialfa, does turn up during the show for two songs, but mostly it's just him.

For those who are looking forward to getting to see the show for free because you couldn't make it to New York City (or win the ticket lotto), here's the setlist:

More like this
'Sweet Magnolias' Season 2: Netflix Release Date, Cast, Trailer, & More
By Dylan Kickham
Netflix Canceled 'The Irregulars' After 1 Season & Fans Are NOT Pleased
By Ani Bundel
15 Netflix-Inspired Cocktail Recipes That Are Sip-Worthy & Easy To Make
By Rachel Chapman
Stay up to date