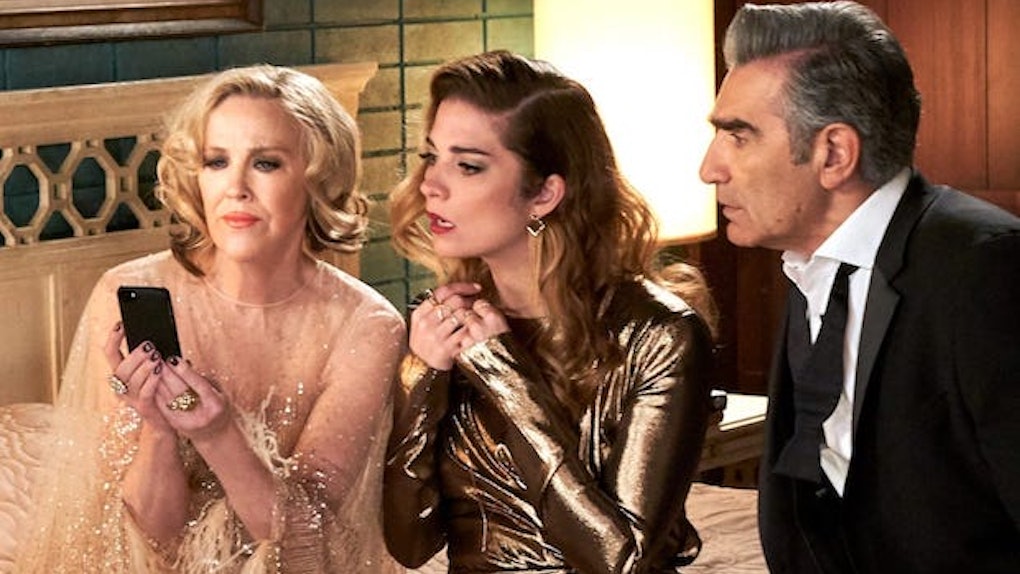 When Will 'Schitt's Creek' Be On Comedy Central? The Rose Family Is Coming

When Schitt's Creek was nominated for 15 Emmys in 2020, it was a shock. The series, which had been on for six seasons, had never garnered a single Emmys before. It wasn't even nominated for the first four seasons. But after the show's historical sweep of all seven Comedy categories, it's the must-see of 2020. But most people don't even know if they have Pop TV, or what channel it is. Luckily, the series is on its way to Comedy Central, so pretty much everyone can watch. But when will Schitt's Creek be on Comedy Central? It's arriving in October.

The irony of Schitt's Creek and is that, initially, no one watched it. The series, produced by the CBC (Canada's BBC equivalent), came to the U.S. on a little-known and less-watched network called Pop TV, where few critics and even fewer viewers even noticed it existed.

Pop TV, a channel owned by ViacomCBS, was originally the old-school TV Guide Network. It was rebranded in 2014, and mostly runs 90s-era "pop" TV hits, like Beverly Hills, 90210 and ER. Schitt's Creek was one of the very few new shows on the network at all when it turned up in 2015. When it arrived, it found itself mostly surrounded by one-season wonders like Joey McIntyre's Return of the Mac and soap operas like Queens of Drama.

But Schitt's Creek was good enough to earn renewals in Canada year after year, and Pop TV kept airing it season after season. The series also found its way to Netflix, and by Season 5, it had received a full-on "Netflix Bump."

And yet, a lot of people still haven't seen the show. Not everyone has Netflix, and Pop TV isn't a cable package staple. Luckily, Pop's fellow ViacomCBS neighbor, Comedy Central, is part of nearly every basic cable package offered in the U.S.

Viacom already has made moves to put Schitt's Creek on other channels, with the series finale simulcast on Pop TV, Logo, and Comedy Central earlier this year. Now, to capitalize on the show's big moment, Comedy Central is rerunning the whole series, all six seasons, in order, starting on Oct. 2, 2020.

Cord cutters shouldn't be too worried, though. Schitt's Creek Seasons 1 through 5 are still on Netflix. Season 6 will join them shortly, arriving on Oct. 7.