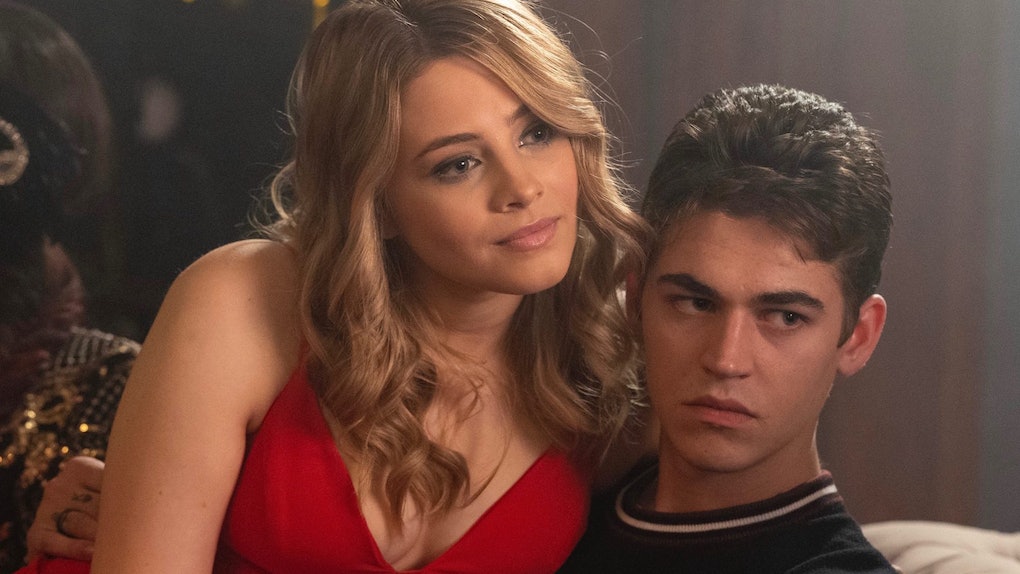 When Will 'After We Collided' Be On Netflix? Here's What We Know

In 2019, Netflix users fell head over heels for the movie adaptation of a One Direction stan's fanfic, and they fell even deeper once they found out an After sequel was coming. After a delayed release due to the coronavirus pandemic, the After We Collided finally arrived in the U.S. on Oct. 23. Now, a casual tweet from Netflix has sent fans into a frenzy by not only by confirming the film will be coming to the streamer, but also by revealing when After We Collided will be on Netflix. And reader, it's soon.

After We Collided premiered in movie theaters and on video-on-demand simultaneously on Friday, Oct. 23. However, the VOD premiere did not include Netflix. That's not a surprise, considering After didn't debut on Netflix until about six months after its theatrical premiere; the first film was released in theaters on April 19, 2019, and then it popped up on Netflix on Oct. 9, 2019. However, other fans were concerned the movie wouldn't ever come to the streamer, and for good reason.

As noted by the blog What's on Netflix, After We Collided is actually being distributed in the U.S. by a different production company than After was. Netflix acquired the U.S. streaming rights for After from Aviron Pictures, but the sequel is instead being distributed by Voltage Pictures. That fact alone had fans worried the second film wasn't guaranteed to make it to Netflix.

However, fans' fear was swiftly replaced by excitement when, on Nov. 23 (one month after the movie's U.S. release), Netflix revealed After We Collided would arrive on the streamer on Dec. 22, 2020.

It makes sense that Netflix was able to work out a deal with Voltage Pictures to stream After We Collided. It's likely both the streamer and the production company wanted to keep the movie series' streaming home consistent. Plus, Netflix acquired the streaming rights for a couple of Voltage's recent releases — 2018's Between Worlds and 2019's Extremely Wicked, Shockingly Evil and Vile — so there's likely a good rapport between the two companies.

So, if you haven't yet seen After We Collided in theaters or on-demand (or you're already ready to watch it again), you won't have to wait long at all to catch it on Netflix.

This article was originally published on Oct. 20, 2020

More like this
Is Netflix Making A 'To All The Boys' Spinoff Series About Kitty? Here's The Tea
By Rachel Varina
10 Rainy Day Movies To Watch On Netflix That Are Perfect To Pass The Time
By Kristen Perrone and Lexi Williams
Here's How To Stream 'Nomadland' So You Can Finally Get The Hype
By Rachel Varina
Stay up to date