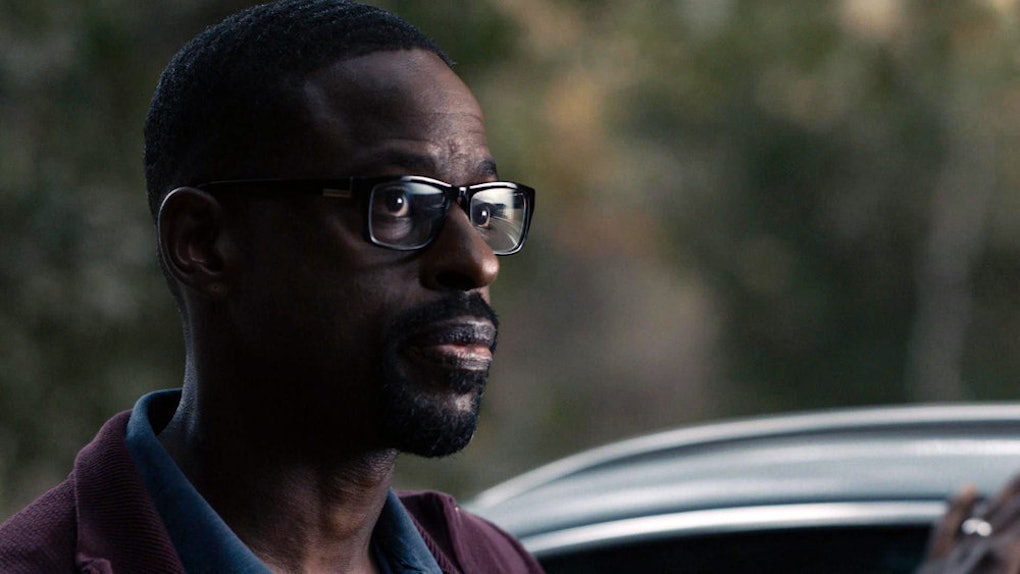 When Is Randall’s Real Birthday? 'This Is Us' Showed The Day He Was Born

In the This Is Us series premiere in 2016, the show began with the premise that the average person shares their birthday with ~18 million other people. The series introduces Jack, Kate, Randall, and Kevin, four seemingly unconnected people celebrating their birthdays on Aug. 31. Then fans discover they are related: Kevin and Kate are biological twins, Randall is their adopted triplet, and Jack is their father. But what if that isn't true? Years after fans first met the Pearson family, the This Is Us Season 5 premiere finally addressed the question: When is Randall's real birthday?

Warning: Spoilers for the This Is Us Season 5 two-hour premiere follow. The foundational story Jack and Rebecca tell Randall from the time he was little is that he was born the same day as Kevin and Kate. The third triplet Rebecca gave birth to, Kyle, was stillborn. When Jack saw Randall lying next to Kevin and Kate in the hospital's nursery, he saw an abandoned baby, ready to go home with them to a loving family with an extra place for him.

But as fans have noticed even before this season, the math doesn't quite add up. Somehow, William's partner, Laurel, gave birth to a baby and died of an overdose. The baby was then magically cleaned up and brought to a fire station, then transported to the hospital, where he was plopped down in the nursery, just in time to be lying there next to the Pearson siblings — all within a few hours? Even Randall put two and two together and realized that's a real tight timeline, too tight to be credible.

That's because, as the Season 5 premiere reveals, it's wrong.

Season 5 opened on the morning of Aug. 31, 1980, as William woke to Randall's cries and a horrific discovery. Laurel was unconscious on the bed. She overdosed on heroin, not breathing, no pulse. Meanwhile, miles away, Jack and Rebecca were rushing out the door to the hospital, ready for her to give birth. The show made it clear the two stories were happening simultaneously, as evidenced by Jack and William's later passing of one another in the hospital's hallways, like ships in the night.

But even before the EMTs arrived at William's apartment, it was obvious Randall was not born that morning. William confirmed it when the EMTS asked if he could ballpark when Laurel took the narcotic that led to her overdose: "Yesterday, last night... We didn't go to the hospital, he just came so fast, and she was in so much pain."

The later scene in the second hour confirmed this timeline, as it was still light out behind William as he held his son. Randall was born the day before Kevin and Kate. His birthday is Aug. 30.

It's a small detail, a matter of a dozen and a half hours between their birth and his. But it's proof Randall is right that he's never known the truth about anything, not even his own birthday.

More like this
7 'Game Of Thrones' Spinoff Ideas HBO Should Def Consider
By Ani Bundel
Who Is Cleo On 'Outer Banks'? Carlacia Grant Is New To Season 2
By Ani Bundel
Shonda Rhimes' Quote About Regé-Jean Page Leaving 'Bridgerton' Is SO Shonda
By Rachel Varina
Stay up to date