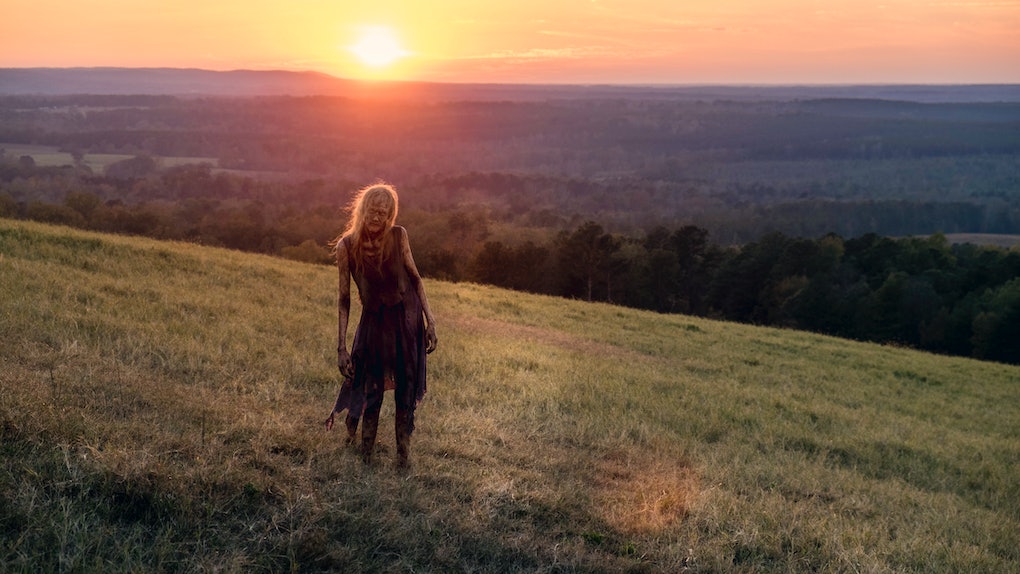 When Does 'The Walking Dead' Season 9 Premiere? Here's Everything We Know

The Walking Dead shuffles on to the season finale this coming Sunday, April 15. The show, which has hit a rough patch with fans after deviating from the comics and killing off Carl at the beginning of the second half of the season, got back on track with the forward momentum and the return of Negan in the penultimate episode. With more probable deaths and cliffhangers on the way in the finale, it's time to ask if the next season's been greenlit yet. If so, when does The Walking Dead Season 9 premiere?

The good news for fans of the series is that AMC greenlit Season 9 back in January, as it does nearly every year. but, perhaps in response to some of the growing discontent (and the slide in ratings), there are some changes afoot.

With the spinoff show Fear the Walking Dead heading into crossover territory with character Morgan Jones (played by Lennie James) coming to the series next season and the universe expanding, showrunner Scott M. Gimple is moving up to "Chief Content Officer" to oversee the franchise universe. In his place, co-executive producer Angela Kang, a longtime writer on the series, is stepping into the showrunner position, making her one of the few women of color in a high-ranking position on a major show.

Kang is known for her character-driven episodes, having been responsible for series highlights like Season 4's "Still," which was a Daryl and Beth two-hander, as well as Season 7's Daryl and Dwight-focused "The Cell." She will get a relatively clean slate to start out with, too. Gimple has promised next week wraps up the "All Out War" storyline that has dominated Season 8.

Also, the loss of Carl after so many years of sticking so closely to the comics suggests that Kang will also be freer to take the show in new directions, meaning that comics fans won't know what's coming next. That plus the promised time jump between the end of this season and the beginning of the next means that Kang is able to start telling stories we haven't seen before on the show.

Kang does have a lot of work cut out for her. Season 8 ends with a two-year deep slide in the ratings, ever since The Walking Dead killed off Glenn for good in such a brutal manner at the beginning of Season 7. According to TVFinale, who collects the weekly Nielsen ratings, the show was down another 10 percent by the beginning of April, logging in at 6.3 million viewers after a season that's averaged in the 7 million range. Season 7, in comparison, averaged 11 million viewers and never dropped out of double digits.

One of the problems: the nihilistic aura that's taken over the show as part of the "All Out War" storyline, as the characters remain stuck in one place. Kang's charge is to move the show back to the Season 4-era stories (and ratings), where the show was more focused on the characters being nomad-like, always looking for a place to call home.

As for who might travel on, Rick, played by Andrew Lincoln, and Daryl, played by Norman Reedus, are both expected to resign for another year. Maggie probably won't, though. Actress Lauren Cohan was fighting for a "modest salary increase" with producers, according to The Hollywood Reporter, and neither side came to an agreement. She's now signed as the lead role in the upcoming ABC comedy Whiskey Cavalier.

But that's the only one who will probably go without a preplanned execution in the last episode. According to The Hollywood Reporter, all of the other actors, including Michonne (Danai Gurira), Carol (Melissa McBride), Tara (Alanna Masterson), Rosita (Christian Serratos), Eugene (Josh McDermitt), Gabriel (Seth Gilliam), and Aaron (Ross Marquand) are locked in for a ninth season. So is Negan, played by Jeffrey Dean Morgan.