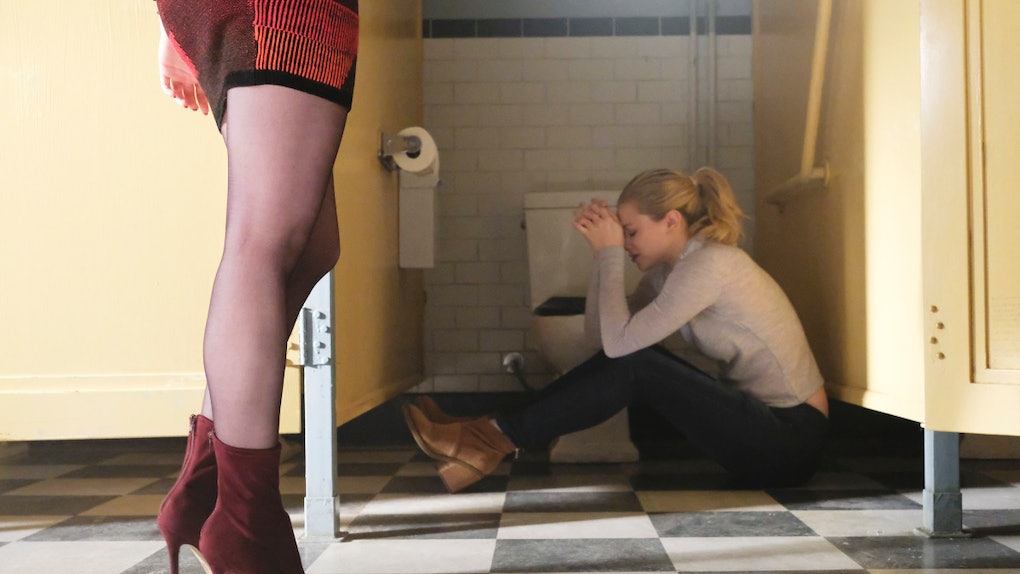 When Does 'Riverdale' Season 2 Episode 14 Air? The Show Is Going On A Quick Break

It feels like Riverdale just came back from winter hiatus. The show was off the air over the holiday season from Dec. 13, 2017 for a full month before returning (along with most of The CW's lineup) on Jan. 17, 2018. Since then, we've had all of four installments, with last week's "The Tell-Tale Heart" giving us another dead body (this time buried by Alice and Betty) while Archie is getting in over his head with the Lodge family. With so much at stake, fans need to know when does Riverdale Season 2 Episode 14 air?

Tragically, the answer is "not this week." And not next week either. Like most prime-time shows, Riverdale is taking a second hiatus in February, in order to get out of the oncoming ratings freight train known as the Olympics.

Don't believe me? Take a quick tour around the TV Guide calendar. Over on NBC of course, everything is on hold because of the Olympics, with even their most popular show This Is Us is off until after the closing ceremonies. But they're not the only ones. ABC's Agents of S.H.I.E.L.D. has decided right now's a great time to go on break and come back in March, for example. Even The CW's newest offering, Black Lightning, will be taking a week off.

Riverdale is popular, and fans can be obsessive about watching. But the reality is the show would most likely find itself run over should it attempt to go up against figure skating. (Looking at you, The Bachelor: Winter Games.)

So, when does the show come back? After the Olympics end, naturally. Chapter Twenty-Seven, entitled "The Hills Have Eyes," will air on March 7, 2018.

With the one-month hiatus, that means we don't have any promotional images released yet or a synopsis. We just have a whole lot of cliffhangers and no resolution for an entire month. But hey: figure skating!

At least we do have a promo, which aired at the end of last week's episode.

No wonder rumor had it that the episode's original title was "Cabin in the Woods." Both that title and "The Hills Have Eyes" are taken from zombie-like horror films, though Cabin In The Woods has the extra "outside forces manipulating events" twist to it that The Hills Have Eyes does not.

Post-hiatus, we have titles for the next few episodes beyond the March 7 return. Chapter Twenty-Eight is entitled "There Will Be Blood" after the Cohen brothers masterwork; Chapter Twenty-Nine is called "Primary Colors," after the political farce based on the Clinton administration; and Chapter Thirty is "The Noose Tightens."

All that leads up to the highly-anticipated Chapter Thirty-One, "A Night to Remember." This episode, which is set to air April 18, 2018, is Riverdale's attempt to take on the legendary Buffy's famous "Once More, with Feeling," aka "The Musical Episode." Can Riverdale pull off a musical of their own? (Or a musical of Carrie: The Musical, to be exact?) We can't wait to find out.