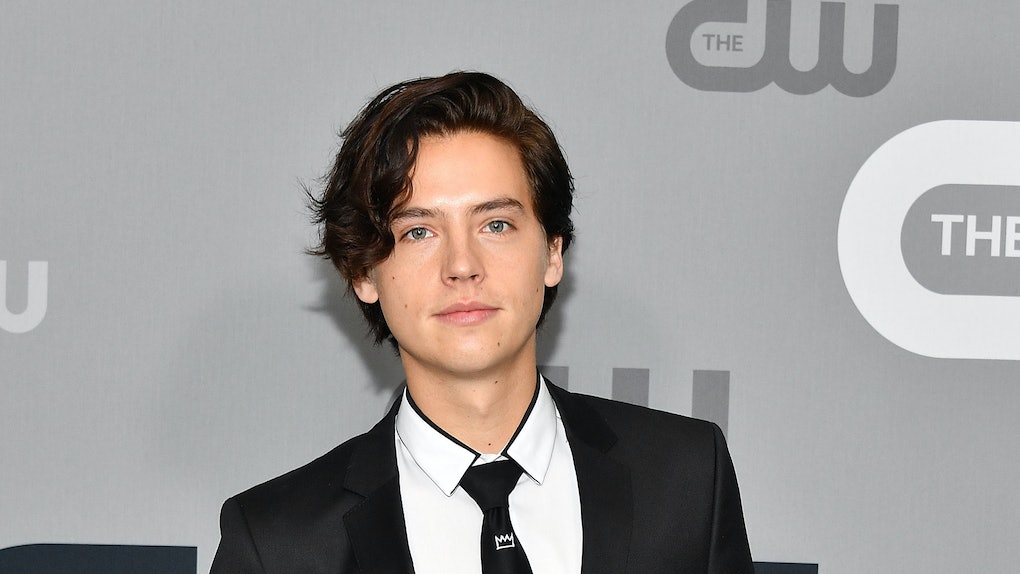 When Does 'Five Feet Apart' Premiere? Cole Sprouse's New Movie Is A Far Cry From Jughead

Feeling Cole Sprouse withdrawls now that Riverdale Season 2 is over? Don't fret — good news is on the way! The actor has a new film on the horizon and a first-look photo and release date has just been announced. When does Five Feet Apart premiere? Sprouse's romantic drama is coming to a theater near you as soon as March 22, 2019.

Five Feet Apart is a long way from Riverdale and the thrilling comic book-inspired universe broody Jughead Jones inhabits. The film surrounds two cystic fibrosis patients living in the same hospital who must stay at least five feet away from one another at all times. Haley Lu Richardson (The Age of Seventeen, Split) plays Sprouse's love interest. Justin Baldoni, who plays Rafael on Jane the Virgin, directs. Part of the film's synopsis reads,

Teenage attraction gets complicated when touching is not an option, but the pair quickly learns that the possibilities are endless, even if it means staying out of reach. Living on borrowed time means making every moment count, and as the challenges mount, Will and Stella will discover a strength within themselves and each other that transcends the distance between them.

A sneak peek photo from the film featuring Cole and Haley's characters was just released and something tells me this teenage hospital love story will require a Costco-stocked amount of tissues at the ready.

Cole has been in the entertainment industry since he was kid and America has watched him go from Ross' son Ben on Friends to Disney Channel favorite to CW superstar. Sprouse and his twin brother Dylan got their start on the sitcom Grace Under Fire back in 1993 and went on to appear in films like Big Daddy and The Astronaut's Wife. Five Feet Apart marks a new chapter for the longtime actor, as his resume is mostly packed with a successful string of TV projects. Sprouse took a five-year break from the biz to attend college and returned to television when he landed Riverdale in 2016.

"It allows them to step outside themselves, it allows them to see themselves more objectively, but most importantly, it allows them to get real-life experiences, real-life stories, and as an artist, that's what you pull of off for emotional depth, for emotional range, for all of that," Sprouse told E! News of why an extended Hollywood hiatus is vital for child actors. "So if you have no stories to tell and led no life in any realistic sense, then you can't go anywhere. And that's why it was important for me to step away, and why it was important for my brother to step away."

Cole Sprouse is also a skilled photographer who not only shares his stunning snaps on Instagram, he's had gigs shooting big names for magazines like W and The Sunday Times. He told Teen Vogue last year that if he wasn't acting, he would be doing photography full time. "I think with the way that we digest information nowadays, photography has become a perfect avenue to give the audience an understanding of yourself that goes a little deeper than a 10-minute interview about a show you're doing or something of the sort. It just made sense to me," the multi-talented Sprouse explained.

Cole is currently getting a break from Riverdale since the show wrapped filming for Season 2 in March. Sprouse might be hanging up his crown beanie while working on Five Feet Apart, but he'll be returning to Vancouver to get started on Riverdale's third season over the summer.

Now Riverdale fans will not only get to reunite with Jughead in a few months, they can also look forward to seeing Sprouse on the big screen this spring.