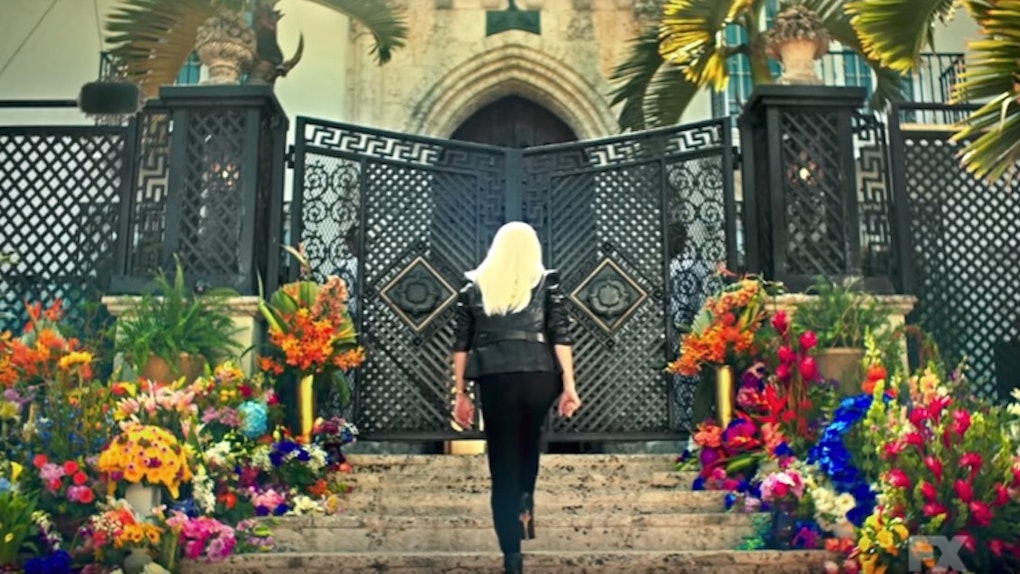 When Does 'American Crime Story' Versace Murder Season Air? We Finally Have Our Answer

It's been nearly two years since the water cooler series of 2016, The People v. OJ Simpson: American Crime Story, aired and reopened many discussions about the trial of the century (and Marcia Clark's hair.) The next installment of Ryan Murphy's buzzy true crime drama will be The Assassination of Gianni Versace: American Crime Story and we've been waiting patiently to find out when we should expect to tune in. So, when does the American Crime Story Versace murder season air? The release date has arrived.

If you're an American Crime Story fan, set a date with your TV for Wednesday, Jan. 17, at 10 p.m. FX will debut the second season of the talked-about limited series, which we can only hope is just as good as the first. The inaugural ACS OJ-centric season surpassed viewer expectations and became an award show darling and a master class showcase for actors like Sarah Paulson, Sterling K. Brown, and Courtney B. Vance. Season 2 surrounds the murder of world-famous fashion designer and icon Gianni Versace and his mysterious killer, Andrew Cunanan. Unless you're a Dateline junkie or were an avid news-watcher back in the '90s, you might not be very familiar with the details of the tragic story.

Ryan Murphy and the casting directors he works with have proven to be some of the best in the biz, from Glee to American Horror Story to Feud. As fans of his shows know, he often calls on a rotating group of familiar players for his projects, such as Sarah Paulson, Lea Michele, and Emma Roberts, but not very many of his usual suspects have been announced yet. Versace stars Edgar Ramirez in the title role, Darren Criss of Glee fame as Cunanan, and Ricky Martin as Versace's partner, Antonio D'Amico. Rumors circled that American Horror Story alum and pop superstar Lady Gaga would be playing the role of Versace's sister, Donatella, but that news was squashed last spring. Oscar winner Penelope Cruz will take on the juicy part, and we have no doubt in our minds that she's got this gig in the designer bag.

The series will reportedly play out with a reverse timeline, beginning with the crime and then working backwards. Versace was murdered outside his Miami home on July 15, 1997. The serial killer behind his death, Andrew Cunanan, committed suicide eight days later. “The assassination was tough to shoot and we shot exactly on the step were he died,” Murphy said at the TCAs in August. “He was something special and we paid tribute to him – to all of the victims who in many ways were forgotten and not talked about.”

The second season of American Crime Story originally intended to focus on Hurricane Katrina, but development shifted and a version of that concept has been moved to Season 3. According to the The Hollywood Reporter, the source material is now the book Five Days at Memorial and Sarah Paulson will star in the role of Dr. Anna Pou, who was accused of euthanizing patients in the aftermath of the disaster. Sterling K. Brown, who had a breakout role as Chris Darden in People v. OJ, recently caught audiences up with the project on Bravo's always-informative Watch What Happens Live. "Hopefully there's some room in there for yours truly," the actor said of his involvement.

There's no word yet on when the Katrina season of American Crime Story will begin shooting, but we do know Ryan Murphy has a lot on his plate at the moment. In addition to AHS, ACS, and Feud, the prolific producer's next big thing, 9-1-1, is set to premiere on Fox's midseason lineup. The procedural drama stars Connie Britton, Kenneth Choi, Peter Kraus, and Angela Bassett. He's also developing Pose, an anthology series set in 1980s Manhattan. Huge names like Evan Peters, Kate Mara, and Tatiana Maslany are already attached.

While we prepare for those inevitable hits to air and wait for more casting news to trickle, at least we know when the next American Crime Story will land on our TV screens. Mark your calendars.

More like this
Here's How To Vote For The Next 'American Horror Story' Theme Among 6 Options
By Cianna Garrison
In 'Riverdale' Season 5, Toni Topaz Is The Black Superwoman Without A Cape
By Erika Hardison
This Reported Update About HBO Max's 2021 'Friends' Reunion Is Great News
By Cianna Garrison
Stay up to date