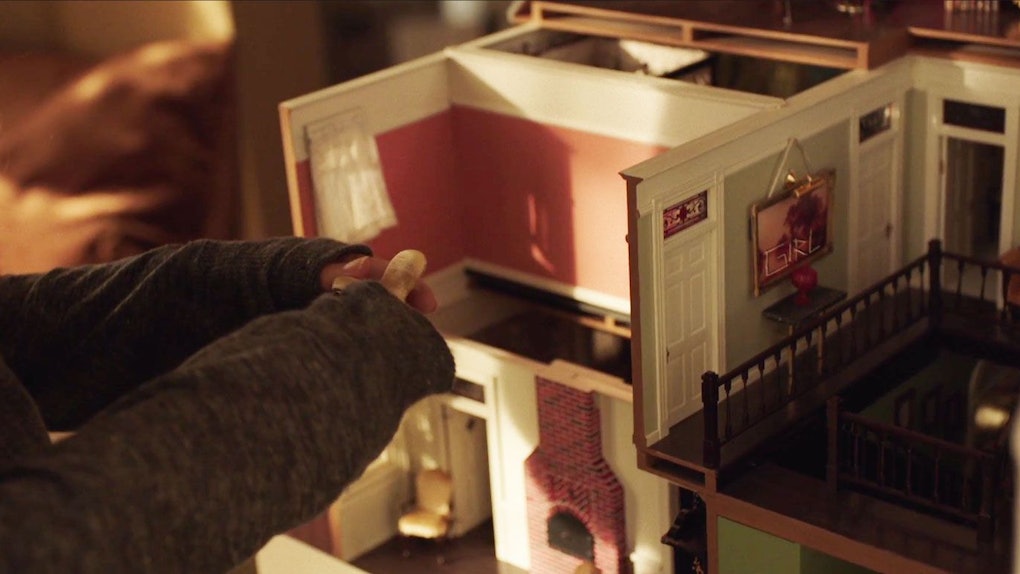 What's The Significance Of The Dollhouse On 'Sharp Objects'? Here's A Closer Look

Sharp Objects is a show littered with Easter Eggs from the novel as well as hidden clues about the next twist or turn. This week's episode featured "Calhoun Day" where everyone in town arrives at the Crellin estate for a backyard BBQ. This means some characters finally get a look inside Adora's stately home, including Amma's friends who she invited to see her dollhouse. What's the significance of the dollhouse on Sharp Objects? Warning: Spoilers For Sharp Objects follow. This post only discusses the happenings in the TV series so far.

When Camille first arrives home in the premiere episode, she's introduced to Amma, her half-sister who was still only a young toddler when she escaped Wind Gap. Amma is now 13, in that terrible transition period between girlhood and adult emotions. She runs around at home wearing nightgowns fit for a six-year-old and sundresses and hair ribbons that would be the envy of every princess-dreaming toddler. But out in the real world, she wears the shortest shorts possible, skimpy tank tops, an angry smirk, and a rebellious behavior streak a mile wide.

This dichotomy is summed up in her prize possession, a dollhouse. She works on the showpiece obsessively, crafting with her mother to make decorations for what is essentially a child's toy, even as she complains she was no longer friends with her pals Natalie and Ann because they only wanted to do "childish things."

Even so, her "childish" obsession with the dollhouse also seems to be a bit of a put on. This week, when Adora walks into the house to give Detective Richard a tour of the inside, she catches Amma and her friends with boys, hiding from the adults. But Amma swears she was just showing off her dollhouse.

Adora buys it, and viewers might have as well if the show didn't then reveal the kids were standing by the dollhouse swallowing some sort of pill before taking the stage for the Wind Gap annual play. So what is it about Amma and her large-scale toy world? If her character clues this week are anything to go by, she may stick to it because it's a place where she feels in control.

One of the most genuinely horrible scenes this week was at the dress shop, where Adora forces Camille to show her scars. But that scene would not have happened had Amma not completely freaked out the moment everything wasn't about her.

Camille has always been second fiddle to Adora's favorites, first with Marian and now with Amma. But where the sense is Marian would not have minded Camille getting a bit of attention, Amma freaks out and pushes every one of her mother's buttons in desperation to get all eyes back on her.

The show is slowly revealing Amma to be a control freak. Understandably so, since her mother is someone who does her best to undermine everyone around her. Amma's dollhouse is a world where she controls the doll family, what they wear and when they eat. She manages their environment and how the house looks. No wonder she still clings to it, even as she insists to everyone she's done with childish things and wants to grow up.