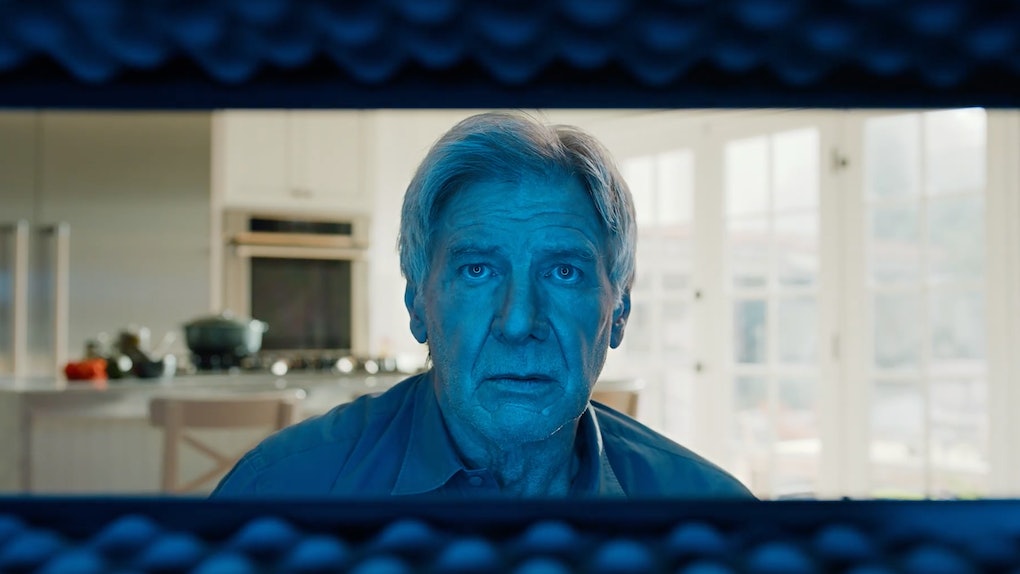 The series of four 11-second clips starts with Amazon's Alexa giving celebrities like Harrison Ford, Forest Whitaker, Ilana Glazer, Abbi Jacobson, and astronaut brothers Mark and Scott Kelly a message that says "Welcome to the Amazon Beta Testing Program." In the ad, the star's faces are illuminated blue as they stare into some kind of box, and each person responds differently to Alexa's welcome message. Ford grumbles and says "I hate this already," Whitaker smiles and says "weird," Jacobson and Glazer exclaim "what the f-!" (and are cut off before the last word by the Amazon logo), and the Kelly brothers look at each other and say "hello" as they stare back into the box.

The Amazon website gives a little more context about the ads, though it still doesn't give viewers much of a clue as to what the Amazon Beta Testing Program actually is. It says, "Amazon recruited some famous friends to test new Alexa technologies. To see what happened, tune into the big game on 2.3.19." The only other piece of information on the website is a banner that says "Not Everything Makes The Cut" followed by the super bowl date.

Check out the mysterious videos for yourself:

Though it's not yet clear what the Amazon Beta Testing Program is, Amazon's Alexa apparently can't keep everything on lockdown. If you ask your Alexa device about the new program, at first it will say that it can't talk about it, but also shares a secret code:

I'm not supposed to talk about the confidential Amazon Beta Testing Program until the big game on February 3rd. However, I think you can keep a secret. Just say this access code: Blue 1 26. Again that's Blue 1 26.

If you get the hint and repeat the access code, you get this:

The Amazon Beta Testing Program works with celebrities ... to try out untested technology such as smart bubbles, enhanced party mode, and sub-aquatic wave form resonance. What could possibly go wrong?

Many are speculating that the whole Amazon Beta Testing Program is fictitious and just a clever way to advertise the Alexa. Others don't seem to care about whatever Amazon's advertising but are just stoked to see their favorite celebrities participating in the ad, like Twitter user @littlegibbyyy, who wrote "i never thought i could love harrison ford more until i found the ad where he’s beta testing amazon’s new program & says ' already hate this.'"

While Amazon fans will have to wait until the Super Bowl on Feb. 3 for more details on this top secret endeavor, it can be reasonably assumed that the reveal will be a good one based on the popularity of last year's Amazon Super Bowl ad. The 2018 Amazon ad depicted a reality in which Alexa lost her voice and was replaced by people like Cardi B, Rebel Wilson, and Gordon Ramsay who, unsurprisingly, didn't always give the best answers to questions asked of them.

And any Alexa updates are sure to raise interest. The online retail giant has sold more than 100 million Alexa devices as of Jan. 4, 2019, per CNET. In a blog post published at the end of 2018, an Amazon executive in charge of Alexa wrote that 2019 would bring a more "natural, personal, and useful" Alexa and that the assistant would be "in more places and devices, too."

So what does the future hold? Who knows. Whatever it is, Harrison Ford already hates it, anyway.

More like this
Why Can't I Change My Instagram App Icon? Try This Before Giving Up
By Cianna Garrison
What Is An AirTag Loop? This Apple Accessory Is A Versatile Option
By Cianna Garrison
These Tweets & Memes About The Purple iPhone 12 Are Seriously Hype Over The Hue
By Lara Walsh
Stay up to date