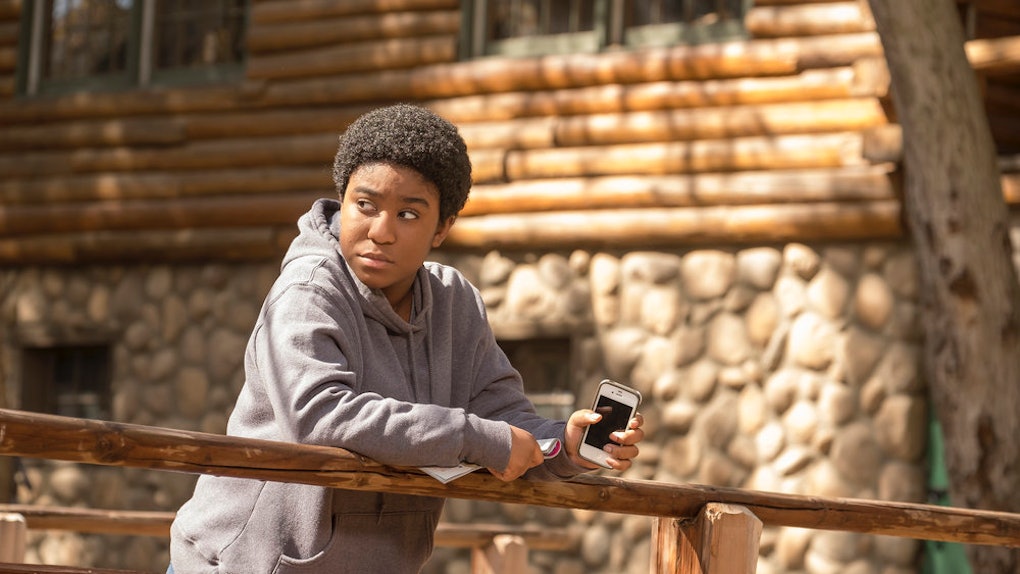 What Will Happen To Deja In ‘This Is Us’ Season 3? Season 2 Ended On A Heartbreaking Note

This week's finale of This Is Us saved most of the heartbreak for the future. The day was a happy day. Kate got married. The wedding went off without a hitch. Kevin didn't wind up with Madison. Deja put on a dress and was a willing audience member to Randall's adopted family's celebration... but that didn't last. What will happen to Deja in This Is Us Season 3? Based on the way the evening of Kate's wedding ended, things could go very badly for her. Spoiler alert: Don't keep reading if you have not watched the This Is Us Season 2 finale "The Wedding" yet.

One of the first truly funny moments of the hour is when Randall and Best start playing a game they call "Worst Case Scenario." It's their way of expressing their deepest fears, as well as an insight into what they worry about most when it comes to their kids. During Randall's first "Worst Case Scenario," his biggest fear is that "Deja never pulls out of this."

Randall's fears are part of what drives Beth's cousin Zoe to try to get through to Deja. Zoe's been in Deja's shoes before, after he own mother disappeared.

The issue is less about the adoption and more about Deja's pent-up rage against her mother for giving her away, for giving up on their family, and for not showing appreciation for all the hard work Deja put into making that family run for her whole life. Zoe's argument is a good one, and seems to get through to her: "Stop hating the people who love you."

During the wedding, Deja forgets to hate the people who love her, but it's only for a minute. The thing about someone like Deja is there's so much rage, and there's nowhere to put it. The Pearsons can't know what might trigger her. In this case, it was a stupid comment by a well-meaning old lady, the same one who already tried to ruin this wedding once this hour: Toby's mother.

At least her first attempt to ruin the wedding was done in private, and Toby, wherever you might think of him, shut it down. The irony is, her second wasn't even trying to ruin anything. She just went over to the only three African American children in the room and assumed them to all be Beth and Randall's daughters. Tess and Annie, she noted, looked like their mother, because they do. Since Deja doesn't look like Beth, well then she must look like Randall.

Hearing that someone thinks she looks like Randall reminded Deja that she has literally no idea who her father is. It reminds her that Randall and Beth aren't her parents. Worst of all, it reminds her that her real parent, the one she worked so hard to hold onto, gave up on her.

Should we really be so surprised she snapped?

Should we be so surprised that the baseball bat that Kevin uncovered in the mad scramble to find "something old" was the first and easiest thing that came to hand? Or that Deja's response was to take it and attack that "fancy car" that Randall promised her could one day be her status symbol too?

What are Beth and Randall going to do? This is a huge problem. They can't let it roll off their backs like it didn't happen. This is a level of violence that Deja has heretofore not expressed. This is scary for them. This is one step closer to Beth's second fear: "She'll kill us in our sleep."

If this gets back to the foster system, what are the chances that Beth and Randall's attempts to adopt Deja are derailed by it? We'll find out when This Is Us Season 3 arrives in in the fall.

More like this
In 'Riverdale' Season 5, Toni Topaz Is The Black Superwoman Without A Cape
By Erika Hardison
Who Did Emily Poison? 'The Handmaid's Tale' Season 2 Is Off To An Intense Start
By Ani Bundel
Scott Disick's Quote About Seeing Kourtney Kardashian Date Is Heartbreaking
By Candice Jalili
Stay up to date