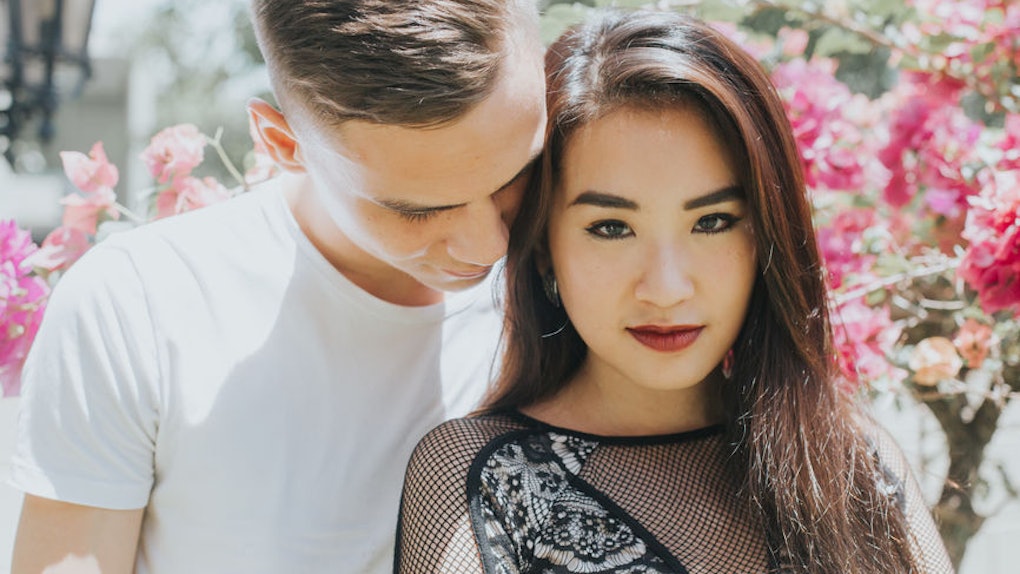 What To Compromise On In a Relationship, According To 20 Women Who Did It

At year two, I think it's safe to say I'm currently in the thick of my first real, long-term adult relationship. And, while it's been wonderful in many ways, it also hasn't always been a walk in the park for me. In particular, there's one thing that I find to be extremely difficult: compromise. You see, my parents were divorced the vast majority of my life. "Compromise" wasn't something I really saw happening all the time. So, yeah, when it came to knowing what to compromise on in a relationship, I was totally lost. And, for the most part, I still am.

Luckily, a recent Reddit AskWomen thread helped clear some stuff up for me. Ladies shared all of the things they've compromised in order to maintain their long-term relationships, and their answers are pretty eye-opening.

She agreed to raising their children in his hometown.

Living in his hometown. Less than 2,000 people, every one knows your business, people aren't friendly and it's rural, so you have to drive to dine, shop, see a movie. The only redeeming quality is it is a safe place to raise our kids and the school system is good. I f*cking hate it here, though. When our last kid graduates (he is a sophomore) I want to sell our home and move closer to the city he works in.

I'm not joking about the nosy people. A few years back, my brother stayed with us after a major spinal surgery so I could care for him. When he started feeling better, he'd go out for daily walks. One afternoon, about 15 minutes after he returned, the town cop knocked on my door. First thing he said when I answered was "you got a man in there, Kat?" EXCUSE ME??? I invited him in, introduced my brother and then said "adultry might be immoral but last time I checked, it wasn't illegal. That's what you thought was going on, right?" Assh*le.

She moved to a not so great area.

Leaving London to live in the arse end of Ireland. I felt very self-sacrificial and magnanimous about it at the time but I love it here and there's always Dublin or planes if I crave the city.

She gave up her cat.

I grew up with cats and love kitties, but I've had to give up on ever having a cat again. He's very allergic :(

She gave up medical school in Austria for her.

I was about to go study medicine in Austria, because my grades aren’t perfect enough to do it here and they have tests to see if you’re fit to study it.

I stayed in country for him and am now studying something at least health related but with LOADS of maths, which I hate. Trying to get into a different uni next semester.

She's with him even though he's a smoker.

He smokes. I always said I would never be in a relationship with a smoker.

She turned down her dream job to support her wife.

It just happened recently. I was offered the opportunity to take a 3 year assignment in Germany at work. It would be a huge boost to my career, we could cheaply travel all over Europe, and my daughters would get to grow up bilingual since they're both still at the age where learning a new language is about as hard as breathing.

But my wife just started a new job she loves about 3 months ago, and she'd be majorly burning bridges in her industry if she left right now. So I had to say no.

She had to cut down on her traveling.

I love travelling, I used to leave the country at least once a year.

My partner has a lot of debt and a lot of debt related anxiety. As soon as I decided for certain he's the one I want to be with long term, I decided it's much more important for us to get that shit paid off before we start trying to jet set again.

She stayed in Texas for him.

I always dreamed of getting out of my home city. I’ve never moved more than 20 minutes away before and I also desperately wanted to escape Texas. But my husband has moved around all his life and his family has all settled in this one area. So here we are. I’ll probably stay in Texas until I die.

She left her hometown when he got a great job offer.

Moving to Texas from Minnesota when he received a job offer here a few years ago. I am very attached to my hometown and all my family is there (plus Texas is just not culturally a good fit for me). Luckily my SO has agreed that we will move back to the Midwest in a few years, so just trying to stick it out for the time being.

She gave up on the idea of marriage.

Giving up the idea of marriage. I'm coming around (after many nights trying to decide if it this situation is a deal breaker), but it's by far the largest sacrifice I've made.

She doesn't have dogs.

No dogs. His words: "Dogs are hyperactive, can't entertain themselves, demand constant attention and are always very in your face." I am low-key scared he'll one day figure out he's describing me, not a dog, haha. But he likes cats so it's a decent compromise.

I also think I might have to compromise on the location of the dishes, once we move in together. He's a "put them in the sink" kind of guy, and I hate taking dirty, slimy dishes out of the sink in order to do those same dishes properly. I'm a "stack them on the counter" kinda gal. It's not a hill to die on for me though, and I can see that he needs/uses all the countertop space for cooking.

She's learned to work around his sleep schedule.

My biggest complaint is that he's not a morning person, and I super-duper am. I wake up early and happily, and he takes awhile. It can be difficult socially, because I start shutting down at like 9PM, and going to brunch or events with my family is often a difficult thing on weekends, as it's not enjoyable for him to eat earlier than 9AM

Overall, this is a compromise I'm willing to make, and is navigable and not just one or both of us sacrificing our deepest wants/ needs/ desires, but it's logistically difficult at times

She lived in a crappy apartment in his hometown.

With my now ex, when we decided to move in together I wanted to live in between both of our parents, but it wasn’t practical for him as he had to get a train to work. Where he lived at the time meant he only had to get one train, where I wanted to live meant two trains for him, so we ended up moving to his area. Then when we were looking we found 2 perfect flats, one was a new build, and a bit smaller (but good for the price), and literally across the road from the train station, the other one was bigger, and had a little conservatory and garden plus they allowed pets which was a huge bonus for me as I’ve always had animals and would have loved to have a cat, it was a 5 minute walk from the station. Eventually we ended up taking the smaller flat because it made more sense for him, and he (and his mother) agreed that the new build was nicer because we were less likely to have problems with the flat, although it didn’t work like that because we actually had a huge silverfish problem due to a boiler problem and as a result the first month was spent with workmen coming in and out of the flat. I’m still annoyed about it, but since we split up (last year) I’ve moved out and I’m now saving for somewhere better where I want to live.

She moved halfway across the world.

Moving halfway across the world. I love the country I live in, but if it weren't for my husband I'd never live here. I don't feel like I fit in anywhere and have zero friends that I'd actually see outside of work or other obligations where I see them. I'm a big introvert, but I had a great small group of friends before I moved and I miss having that.

He leaves his clean clothes in the laundry basket instead of putting them away.

Also he has a bedroom set we can’t get rid of because it belonged to his great aunt and it is truly hideous.

Sex. I have an insanely high sex drive and have far more violent, twisted tastes than he does (nothing illegal, mind you). He is perfectly content with our sex life, insofar as I can tell; I'm not unhappy, but I'm not enjoying it quite as much as he is. My compromise is that I accept that we will never have the amount and type of sex that would drive me wild.

She's putting up with a job she hates for him.

I am currently staying in a job and town I am really over because he's mid-way through school (college) and loves it here. Really taking one for the team here! But I'm doing it because we're planning on moving when he gets to the Master's Degree stage, so we have a time limit on the compromise.

She's letting him raise their children with his faith.

Religious differences. I do not want to subject our future children to religious indoctrination but out of respect I will allow him to until the kids will be old enough to decide for themselves, knowing how much it means to him and that he just wants to share the beauty of his faith.

She had to sacrifice both Christmas trees and cats.

No cats or real Xmas trees because he's deathly allergic to both, with asthma on top of it.

She had to accept that he'd never want to adopt.

Only having biological children, so going through pregnancy and childbirth more than id wanted to. I respect that he has been open and honest that he knows he wouldn't feel the same way about an adopted child vs a bio one, so I will find a different path to feel like I'm helping children in need.

As much as I loathe compromising, the fact of the matter is that no relationship is going to last without it. Just take these ladies' accounts as your evidence.