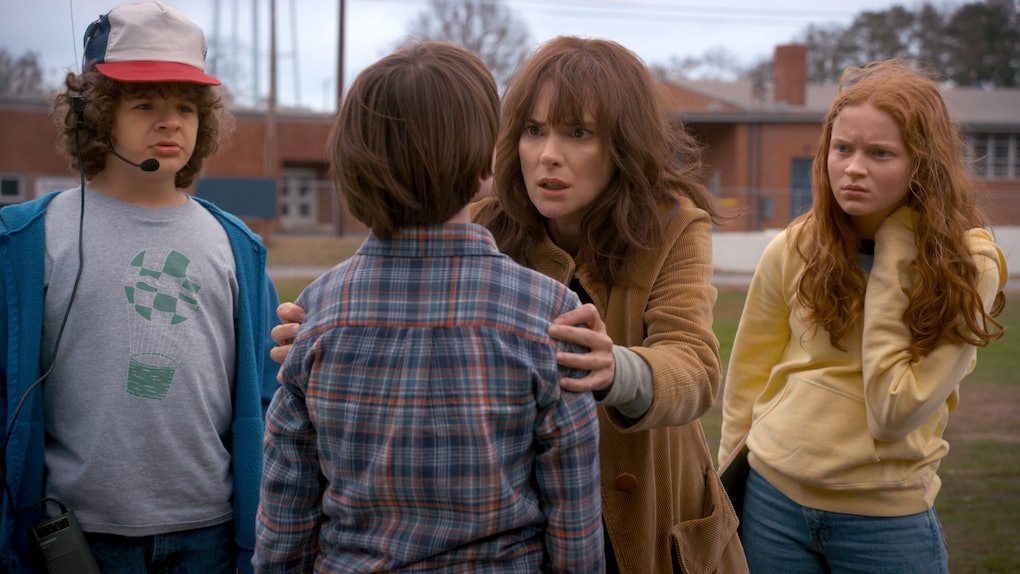 What Is True Sight On 'Stranger Things'? Dungeons & Dragons Plays A Big Part In Season 2

Stranger Things first season opened with a scene right out of a preteen boy's memories of the 1980s, playing Dungeons and Dragons in a friend's family basement, in this case, the basement of Mike Wheeler. Season 1 closed much the same way, with a second game from the newer version. Throughout both seasons, most of the boys' terminology for their bizarre adventures is pulled from the game and it seems natural, at least to them. But those who have never played D&D are probably asking what is "truesight" on Stranger Things, and how does it relate back to what is happening to Will Byers exactly? Warning: This post contains spoilers for Stranger Things Season 2.

For those who are curious, truesight in Dungeons and Dragons is defined as "A spell to see the world as it actually is."

The caster can see invisible, displaced, and astral objects. Can tell a creature's alignment, class, level, and intentions by looking at them. Polymorphed creatures or objects appear as they really are to the caster, superimposed with their present form.

It was introduced back in the very first iterations of the game, in Dragon Magazine #1, as part of the Illusionist spell list. It's considered to be quite a high level ability, and most Dungeon Masters, if they offer it, will only allow it to be cast on a player for like an hour at most, and usually in campaigns that are of long duration.

Something like the 10-hour game the boys played in the first season would probably allow truesight, but not until several hours in.

("Always on" truesight isn't exactly frowned upon, but it's can make the game not very fun, which is why Dungeon Masters use it sparingly. Some very powerful creatures, like warlocks and witches can gain it, but then the Dungeon Master will limit their ability to like 30 or 60 feet ahead of the party.)

After the creature attacks Will at the end of Episode 3, and basically makes the kid a part of it's consciousness, it's a bit like if Will had gained a form of "always on truesight." He's now aware of the Upside Down and the malevolent shadow monster creature who is tunneling under the town of Hawkins all the time. He can see what is happening to the town that's invisible to everyone else, except in the form of randomly rotting trees and pumpkins.

The difference is, as the scientists discover to their horror, that "truesight" might make Will aware of what's happening, but it's also made the kid side with it. Unlike everyone else*, he's aware of the entire pack of Demogorgons (demodogs) that are gathering in the town through the tunnels.

*Well, OK Steve and the gang also discover this too, but far later than was healthy for them.

Will's gaining of the "truesight" ability through the Shadow Monster twists him so that he begins to use it for evil, culminating with calling the demodogs to wherever he's being held in order to punish those around him, including killing most of those in the "Department of Energy" lab and his mother's boyfriend, Bob.

Perhaps that's one reason that Dungeon Masters don't hand out "always on truesight" unless it comes with strings attached. That kind of awareness of the world is dangerous.