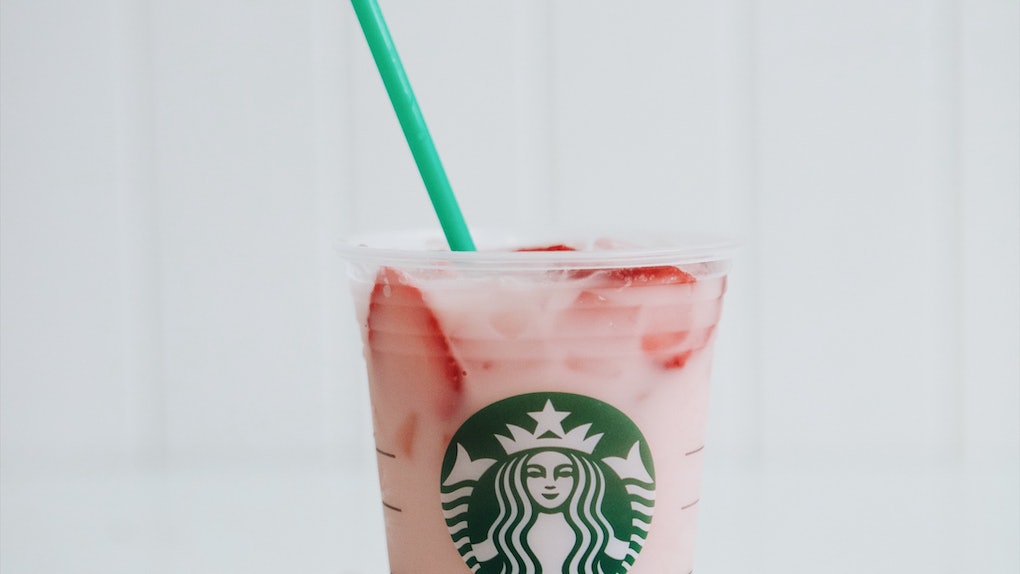 What Is The TikTok Drink At Starbucks? Here’s What To Know About The Secret Menu Sip

Calling all Starbucks and social media fans! There's a new drink in town that will satisfy your Starbies cravings and your love of short-form videos. OK, there's no actual video involved with the creation of the drink, but the newest sip on the secret menu is named after the TikTok app, so there you go. Although there is no official Starbucks secret menu, this iced sip is already gaining a big following. So, what is the TikTok Drink at Starbucks? Well, it sounds like it could be a perfectly fruity drink for summertime.

According a Reddit thread dedicated to Starbucks (r/Starbucks), there is a new secret menu sip that has become increasingly popular among younger Starbucks-goers. On June 8, one Reddit user posted to the thread inquiring about the new TikTok Drink named after the video app, asking if it was a real sip after multiple people tried to order it in the store. Again, there is no official Starbucks secret menu, but baristas will customize orders if the customer has a specific request, and when some combos gain traction, they wind up on the unofficial secret menu. As for the TikTok Drink, baristas in the know have shared what it's all about.

According to Happy Barista on Reddit, who apparently had over a dozen orders for the drink in the past month, it consists of a Venti Strawberry Acai Refresher, three scoops of strawberries, three scoops of blackberries, and a "matching size scoop of ice." All of the ingredients are then blended together to create the customized sip that has a pinkish hue.

There is also apparently a version of the TikTok Drink that is customized with added lemonade, per a recipe posted on a Starbucks secret menu on Wattpad.

While there is plenty of information out there about what goes into the TikTok Drink, there isn't any explanation about why it's actually called the TikTok Drink. TBH, it appears no one knows why it's called a TikTok Drink, but it seems to have stuck. Of course, TikTok is popular with people who like to share creative videos on the mobile app, and per the TikTok website, it was "one of the most downloaded apps in the world" in 2018. So, it might just be a case of one popular phenomenon colliding with the ever-popular Starbucks.

As for the reviews of what this TikTok Drink actually tastes like? It's apparently perfect for those with a sweet tooth, because a lot of the replies in the Reddit thread describe it as "sugary," and even one Redditor said it has a "jelly taste."

Some baristas on Twitter are saying it's a "hassle" and "tedious" to make, which I imagine is in part due to it being a blended drink.

But, at least a couple Starbucks fans on Twitter have some love for the social media-inspired sip.

Whatever you do when you go to Starbucks, just be sure to specify exactly what you want, because the TikTok Drink is not an official menu item.

If that seems like too much of a hassle, you can always try some other Starbucks faves that are on the menu, like the Dragon Drink, which is made with a Mango Dragonfruit Refresher that subs coconut milk for water, per the Starbucks description on its website. Or, keep it simple, and just get the Pink Drink, which is the Strawberry Acai Refresher mixed with coconut milk instead of water.

Secret menu or not, there are plenty of pink-hued sips on the actual Starbucks menu for you to sip all summer long.