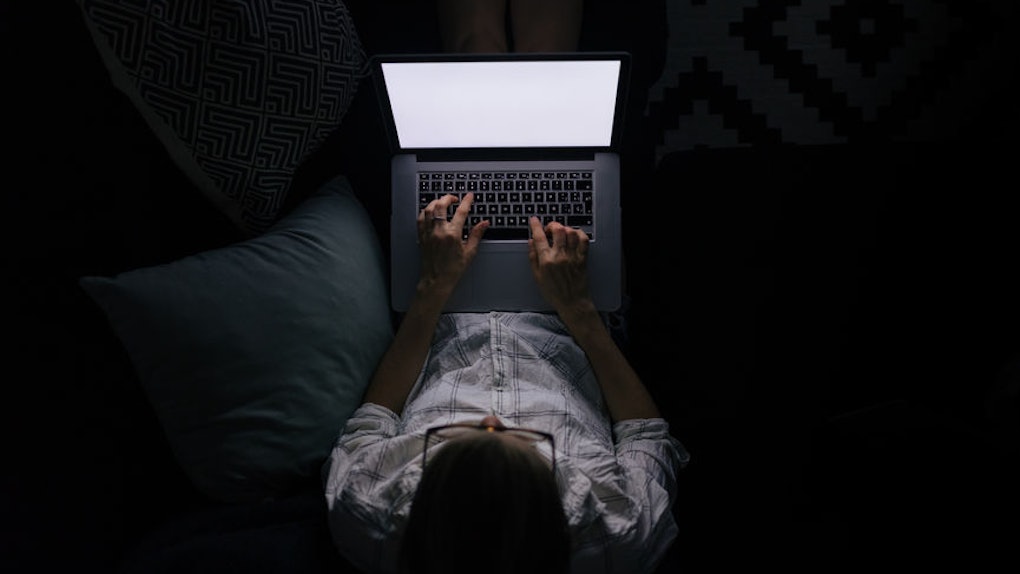 What Is The Momo Challenge? The Message Of This Viral Hoax Could Be Harmful

If you thought 2019 was off to a tame start in terms of weird stuff on the internet, wait until you hear what's been going on. The latest internet sensation is most widely known as "the Momo Challenge," and although it is completely fake, its dark message is nonetheless incredibly unnerving and harmful. There's a chance you might be wondering: What is the Momo Challenge? In a nutshell, it's yet another internet hoax that has parents around the world in a massive panic. Even though it's fake, the idea behind all of it is incredibly twisted.

There is a likely chance you've seen article after article regarding the infamous Momo Challenge that was trending on Facebook and Twitter as of late February 2019. If you haven't heard much about it, though, it essentially describes another viral challenge where participants are sent a YouTube video that seems harmless, and then it shows the Momo character, an extremely haunting sculpture of a woman, which is actually an art piece from a Japanese special effects company called Link Factory that has nothing to do with the challenge, according to CNN. Sometimes sent through WhatsApp from unknown numbers, Momo speaks directly to the camera, inviting viewers to participate in yet another internet challenge. Supposedly, she ropes viewers into completing all sorts of progressively harmful assignments from turning on the stove at night to playing with knives, before being instructed to actually take their own lives.

Understandably, the idea of the Momo Challenge has been extremely alarming to parents on a global scale, and it's gained a good amount of media attention. I mean, it almost sounds like another Black Mirror episode, right? Fortunately, though, none of it is even real. Say what?

When it comes to nailing down concrete effects of the challenge, it seems as though nobody has been proven to have participated in this Momo Challenge, according to The Washington Post. The entire concept of it all is apparently a creepy internet hoax. But when parents and news stations heard about it, talk of the Momo Challenge went totally viral (even Kim Kardashian posted to her Instagram Story about it), which might prove to be even more detrimental than the elusive videos themselves.

And even though the Momo Challenge is still seen as only a hoax, there is still something viciously harmful about all of it. The concept of the hoax shines a joking light on suicide, and trivializing the concept of suicide is never acceptable. If you didn't take a hint from the Logan Paul "Suicide Forest" controversy, it's always inappropriate. Plus, the widespread speculation of it all definitely spread the message of the challenge just as much as the Momo Challenge itself. Some have argued that people seeing local news reports and sending out warnings about the challenge in schools has helped perpetuate what is thought to be a hoax. And with the nebulous nature of what the challenge even is or stands for, disseminating bits of information that don't fully explain what's going on could be more damaging than the challenge itself.

After a lot of widespread coverage regarding the Momo Challenge, YouTube stepped up to the plate on Feb. 27, reassuring worried parents that videos promoting the challenge don't actually exist. The social media site shared a statement on its official Twitter page, telling users:

Thankfully, the Momo Challenge isn't real, but the conversation surrounding it is. Attributing reported suicides to a viral challenge that is actually a hoax takes away from talking about the real issue. Now that the reports of the challenge being a hoax are more abundant than the warnings of a what is now known to be a fake "challenge," hopefully people will be able to focus on issues that actually matter when it comes depression and suicidal thoughts, rather than looking for a nonexistent video.