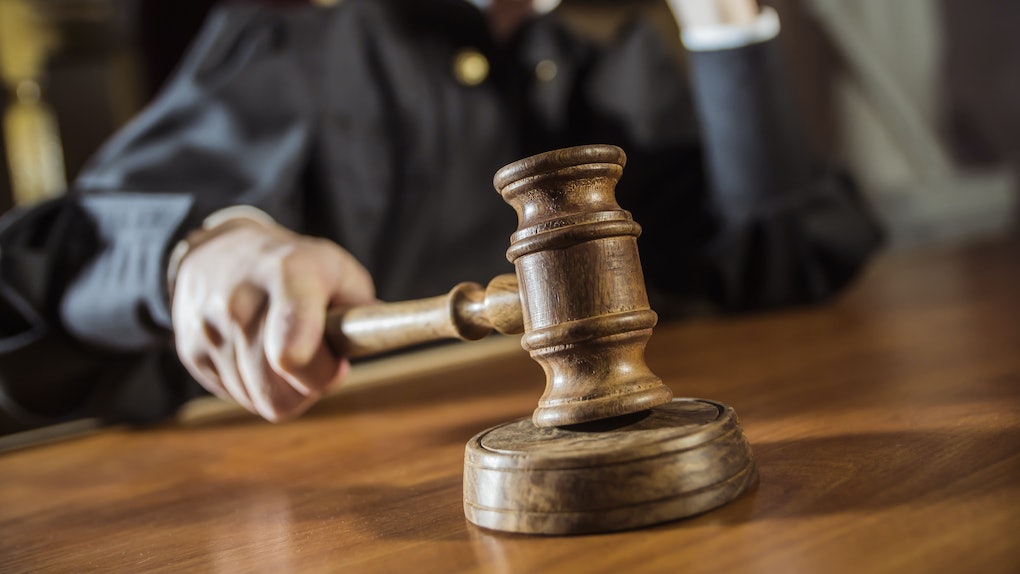 What Is Outercourse? Brock Turner's Lawyer Appealed His Conviction Citing This Defense

It's been three years since Brock Turner blamed Stanford University's "party culture" for causing him to sexually assault an unconscious woman — a crime he was found guilty of on three counts, but ultimately, only served three months for. This past December, Turner first began to appeal his guilty verdict and earlier today, July 25, the Mercury News reported that Turner's lawyer, Eric S. Multhaup, attempted to convince the justices to overturn the previous ruling on the grounds that Turner had only intended to have "outercourse," not intercourse, with his victim. But what is outercourse?

Since the term is not typically used in casual conversation, its meaning may be somewhat unclear. Turner's lawyer claims the term refers to "sexual contact while fully clothed." (Multhaup recalled that Turner still had his clothes on when he was caught mid-assault behind a dumpster by two Swedish graduate students.)

However, just because a sexual act does not include penetration, that in no way signifies that it isn't still a form of sex. And according to the Rape, Abuse & Incest National Network (RAINN), any unwanted sexual contact or behavior that occurs without explicit consent constitutes assault.

When it comes the legal implications of "outercourse," the lines grow a bit blurry. "Whether 'outercourse,' or what is commonly referred to as 'on top of the clothes stuff,' is prosecutable as sexual assault depends greatly on the statute of individual state penal codes and criminal statutes," Florida-based attorney Alexander Knapp tells Elite Daily in an interview. "I’m of the opinion that many jurisdictions would likely wish to consider such an action criminal but possibly not sexual assault." RAINN states that, according to the California state law, sexual battery includes the "touching an intimate part of another person where the touching is against the will of the victim and the touching is for the specific purpose of sexual arousal."

Regardless of the state's definition of outercourse, Knapp, who was not present at Turner's trial or involved in his case, concludes that in the specific case of Turner, most — if not all — of the legal requirements for sexual assault have been met. But in order to convict him, all elements of sexual assault must be "proven to have occurred beyond a reasonable doubt, that the perpetrator had the required intent of the charge must be proven beyond a reasonable doubt, and that both the act and intent were concurrent must be proven beyond a reasonable doubt." Therefore, Turner's lawyer appears to be arguing that in order for the jury to render a guilty verdict, they must find that Turner committed the assault with an intent to rape or penetrate his victim. (Elite Daily has reached out to Turner's reps for comment on their argument, but did not hear back at the time of publication.)

"Mr. Turner’s attorney appears to be arguing that the fact that Mr. Turner had not undressed or removed his penis from his pants despite ample opportunity to do so, and therefore, based on the record, had revealed no intent to commit rape," Knapp says. "Even if this argument was persuasive, it would only account for his conviction on Count Three of sexual assault, as Counts Four of sexual assault and Count Five of sexual assault simply require sexual penetration of an intoxicated (Count Four) or unconscious (Count Five) victim. There is no intent element of these counts."

The panel of justices has 90 days — until late October — to issue a ruling, and the response thus far appears to be rooted in skeptics. According to the Mercury News, Assistant Attorney General Alisha Carlile claimed that Turner's lawyer had presented a “far-fetched version of events” that did little to further strengthen his case.

Regardless of whether or not outercourse is legally a crime that can be prosecuted by a court of law, initiating outercourse without consent is still wrong. It takes away the victim's agency, renders them momentarily powerless, and can result in psychological traumatic distress for years to come. So remember that while Turner's lawyer can certainly appeal his verdict in court, the survivor of his crime will forever live with consequences of his actions.

If you or a loved one have experienced a sexual assault, harassment, or trauma, please do not hesitate to reach out for help. Call the National Sexual Assault hotline at 800.656.4673, or visit Rainn.org, to seek out aid, advice, and the resources you need. And if you aren't yet ready to reach out, remember that you are not alone.