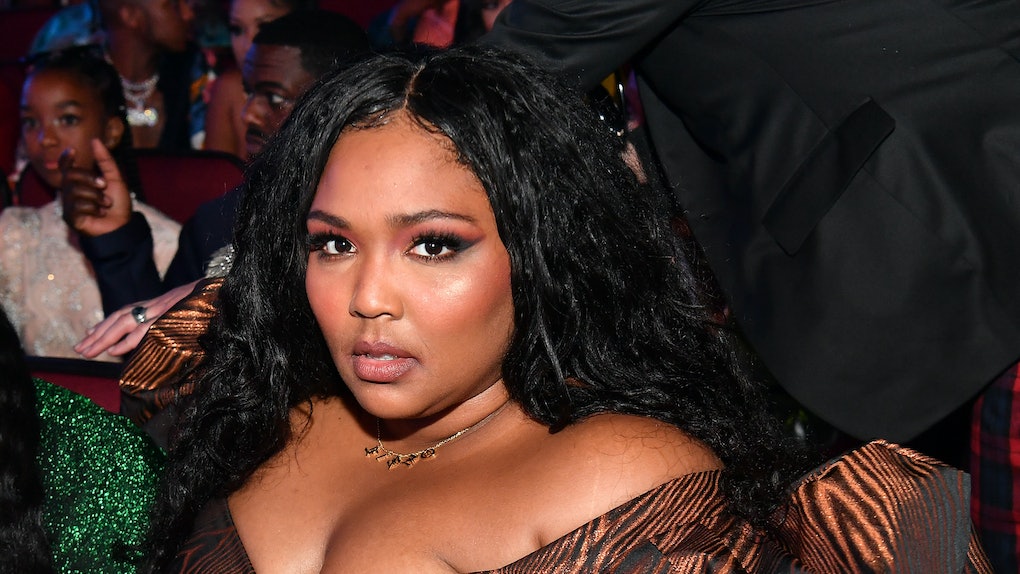 What Is Lizzo's Real Name? It'll Surprise You At First, But It Makes So Much Sense

Lizzo is the definitive queen of everything — 100% that b*tch. She even took a DNA test to prove it. Her vibe is unmatched and her twerking-while-playing-the-flute skills are off the charts. She fearlessly owns and loves who she is with absolutely no regrets. She is basically my life coach. Lizzo is truly mesmerizing to watch and so, being the huge Lizzbian that I am (yes, her fandom is called Lizzbians), I naturally want to know everything about her. Particularly, what is Lizzo's real name? Like, what could possibly be the government name of someone so unbelievably fearless and cool and confident?!

Well, Lizzo's real name is Melissa Jefferson. I know, that may seem sort of underwhelming at first. Kinda reminds me of the time I learned Snoop Dogg's real name is Calvin. However, it also makes total sense. Me-lissa. See what she did there? OK, I'm sure you want the entire story, so here's how her sick stage moniker actually came to be.

In a June 2017 interview with the Chicago Tribune, the Detroit native revealed she'd been going by the nickname Lizzo since middle school. "Lizzo was my nickname in 7th grade. Now everyone calls me that," she said. "If you called me 'Melissa' it would be really weird. Back in school, they'd call me 'Mellisso' or 'Lizzo.' Everybody where I grew up in Houston would chop off half the name and put an 'o' at the end."

In a February 2019 interview with The Cut, my favorite rump-shaking flutist shared even more intriguing details about the history of her stage name. At 14, she formed her first rap group called the Cornrow Clique with two of her classmates. At that time, she was already being called any one of the various nicknames, but Jay-Z’s “Izzo” was such a popular song at the time, Lizzo stuck and is the stage name the music charts have come to know and love.

Besides a killer name, what also makes Lizzo so captivating is her superior flute-playing skills. I mean, she's like really good. Professional. So, naturally, I Googled the hell out of her musical past. Did you know she's a classically trained flutist? She's been playing for nearly 20 years and even attended the University of Houston on a music scholarship. According to The Cut, she'll practice four hours a day when her schedule permits. I love how dedicated she is to her craft.

And, Lizzo's dedication to her flute goes far beyond practice. Her flute has a name and it's also very cool and makes total sense. Her flute's name is Sasha Flute, named after Beyonce's alter ego and third studio album Sasha Fierce. Told you, so cool! Anyway, Sasha Flute also has an Instagram account (@sashabefluting) that probably has more followers than you and I combined. She follows no one, just like Beyonce. Sasha Flute is a legend. Just like Lizzo.

And, there you have it guys, a few fun facts about my queen. I bet if you weren't a Lizzo fan before, you are one now.

More like this
Lizzo's Birth Chart Explains Her Confidence & Why She's Made For The Spotlight
By Chelsea Jackson
Lizzo's Latest Chris Evans Update Involves Captain America & Twerking
By Sydney N. Sweeney
Is Olivia Rodrigo's "Good 4 U" About Joshua Bassett? Fans Are Convinced
By Michele Mendez
Stay up to date