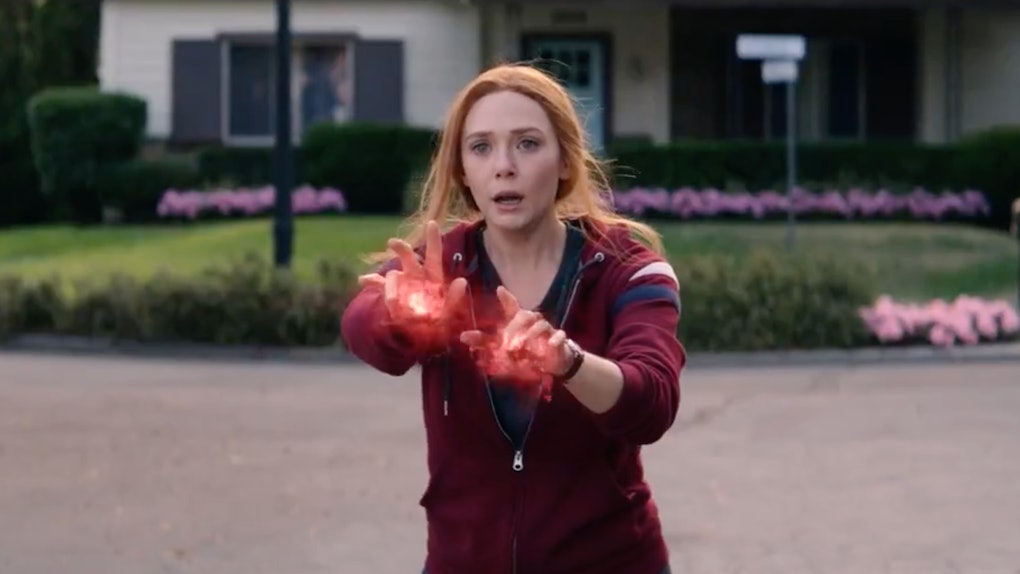 What Is Chaos Magic In 'WandaVision'? Wanda's True Powers Were Explained

Even the most cursory Marvel fan has known Wanda Maximoff as the Scarlet Witch ever since her introduction in 2015's Avengers: Age of Ultron, but in fact, the name "Scarlet Witch" has never been said in any of the Marvel Cinematic Universe movies. That's part of what made the final moments of the penultimate WandaVision episode such a shock. Spoiler alert: This post contains spoilers from WandaVision Episode 8, "Previously On." The witchy new name also came with a hint at Wanda's true powers, which probably had fans wondering what Chaos Magic really is in WandaVision. The unique type of magic is extremely powerful, and naming it at the end of the Disney+ series seems to be a big suggestion at Wanda's future in the MCU.

Movie fans have seen Wanda use her magic as a weapon in the movies, but the full extent of her powers is on display in WandaVision, as she is able to engulf an entire town in a reality-distorting hex. After the powerful witch Agatha Harkness revealed herself within Wanda's hex, she explored Wanda's past, showing how she gained her powers from an interaction with the Mind Stone and unleashed them fully after Vision's death to create her version of Westview.

At first, Agatha herself was perplexed at how Wanda could control so much power, but at the end of Episode 8, she was able to deduce the truth that even Wanda didn't know. Agatha told Wanda she wields Chaos Magic, which makes her the Scarlet Witch. She gave a very brief explanation of what that all means, referring to Wanda as a "being of spontaneous creation" who was thought to be a myth, but didn't dive into the specifics.

There are multiple different types of magic in the Marvel Comics, and Chaos Magic is one of the most powerful. Long thought to be only theoretical, Chaos Magic allows the user to manipulate and reconstruct the fiber of existence to create wholly new realities. In the comics, Wanda gained her Chaos Magic from the chaos god Chthon, becoming its most prominent user under the tutelage of Agatha Harkness.

It's unclear if Agatha's naming of Wanda's Chaos Magic means she will help teach her how to wield the power or remain an antagonist within the MCU, but it does seem like a clear set-up for Wanda's next MCU appearance in Doctor Strange in the Multiverse of Madness. Marvel boss Kevin Feige confirmed Wanda will be a big part of the Doctor Strange sequel, and her Chaos Magic is the polar opposite of Doctor Strange's Order Magic. With the taxonomy of magics being called out so explicitly in WandaVision, it sounds like Wanda and Doctor Strange could potentially find themselves at odds in the upcoming movie given their diametrically opposed types of magic.

Hopefully, the WandaVision finale will give fans more insight, since we're going to have to wait until 2022 for Doctor Strange in the Multiverse of Madness to hit theaters.