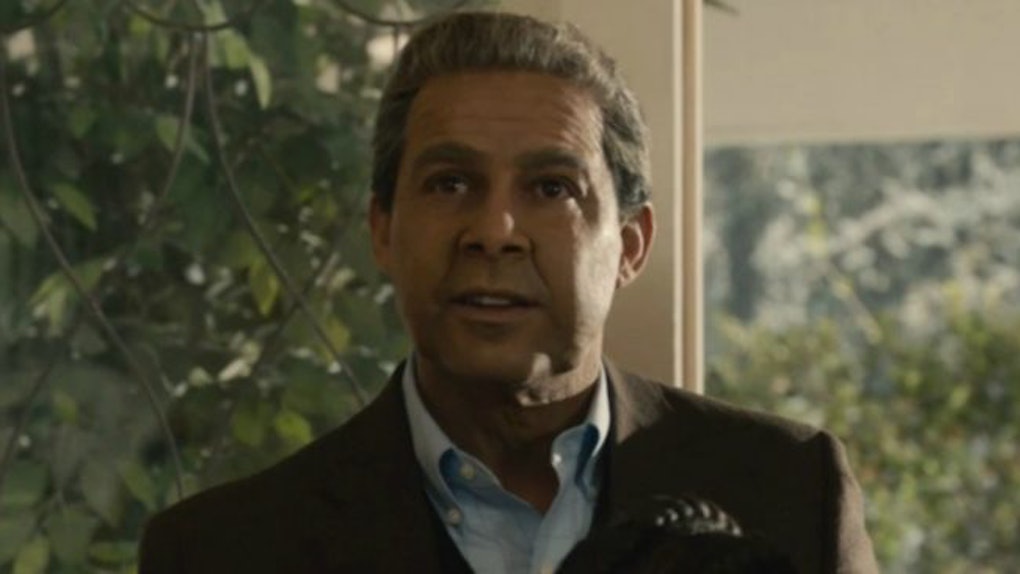 What Happens To Future Miguel? The 'This Is Us' Season 3 Finale Has Fans Asking Questions

Another season of This is Us has come to and end, and as is often the case with This is Us season finales, fans have been left with way more questions than answers. While viewers did get to see a bright, happy ending for Randall and Beth after their episodes-long fight, a peek into the future revealed some new – and possibly dark – mysteries about the Pearson clan. One really big question was raised when one key character was completely missing from the flash-forward. So now, fans are wondering, what happens to future Miguel?

The This is Us Season 3 finale ended with a look at the future as the Pearson family seemingly gathered around an elderly Rebecca's hospice bed. Though specific details weren't revealed, it mood of the scene makes it seem like the matriarch is sick and living her final days. Her whole family is there, except for one key member: her husband Miguel.

Miguel, the closest person in Rebecca's life, isn't at her bedside, but someone else is in his place. Earlier in Season 3 in the present timeline, Rebecca met Jack's brother Nicky. He chose to continue to live his secluded life away from his brother's family, but it looks like at some point in the future he chooses to ingratiate himself into the lives of the other Pearsons, since he is with Rebecca during her dying days. Many fans are now wondering why Miguel isn't there for Rebecca in the future, and if Nicky possibly takes Miguel's place.

According to This is Us executive producer Isaac Aptaker, fans might not get an answer to the mystery of future Miguel's whereabouts right away. He told TVLine:

What happened to Miguel and where he is in the future is a bit of a longer-term mystery for the show. The Miguel [mystery] is more bigger picture.

While fans will have to be patient about finding out what goes on with Miguel, the answers to questions about Nicky and his relationship with Rebecca will come much sooner. Aptaker said:

So we are going to be exploring how Nicky goes from the man who said, 'I can’t have you in my life right now. Please just leave me [alone] in [my] trailer out in the middle of nowhere' into this person who is obviously connected enough to the family in the future to have this very special place by Rebecca’s bedside.

Mandy Moore, who plays Rebecca, put in her two cents about future Miguel, telling Entertainment Weekly that she's not sure if fans will get answers about him next season, or have to wait even longer until Season 5. But, she does hope that that good things are in store for Miguel. She said:

[Miguel's] sort of the unsung hero. I love him so much, and I love Jon Huertas [who plays Miguel] so much. I just can’t wait to do more stuff together, whatever decade it may be in.

Even though Moore couldn't give any details about Miguel, she did point out one possibly helpful clue about Rebecca and Miguel's relationship in the future. She told EW:

So if Rebecca is wearing a wedding ring in the future, does that mean that she's still married to Miguel? Or has Miguel been replaced by another husband, like Nicky? Fans will just have to wait for more answers when This is Us returns this fall.

More like this
10 Questions The ‘Schitt’s Creek’ Finale Left Unanswered
By Rachel Varina
The 'This Is Us' Season 5 Finale Air Date Is Much Sooner Than Fans Thought
By Abby Monteil
What Is Kate Hiding In 'Cruel Summer'? There's A Lot To Unpack
By Rachel Varina
Stay up to date