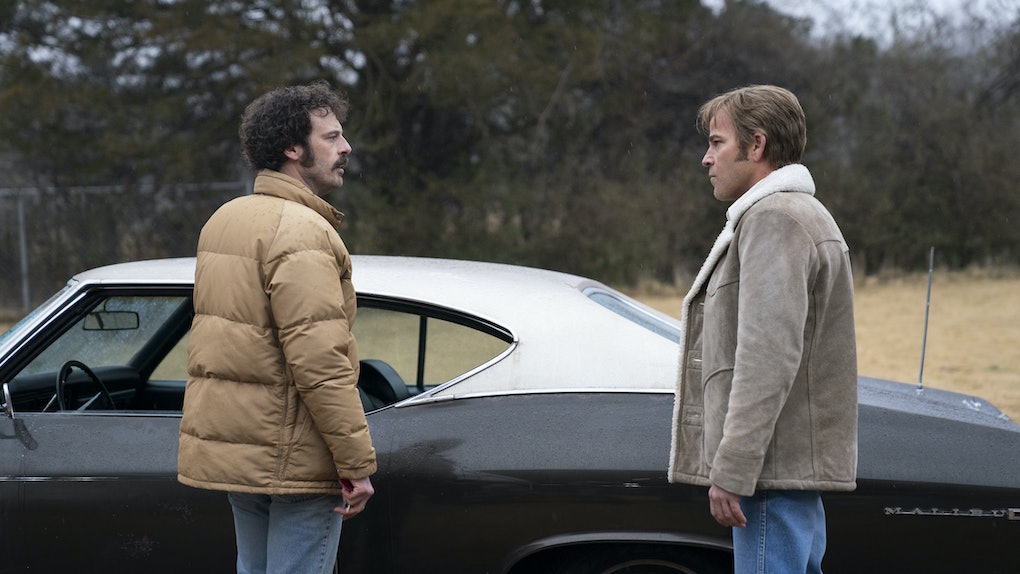 What Happened To Tom Purcell On 'True Detective'? The Hoyts Were Involved

The Purcell case haunts Wayne Hays. It's the one that got away in his mind, the place he failed. In both 1980 and 1990, the DA closed the case with the disappearance of the children pinned on a dead guy who couldn't fight back. Both times, Hays knew it wasn't the whole story but wasn't fast enough off the mark to stop the cover-up. However, Hays' grief has nothing on the Purcell parents. Lucy died in a Vegas hotel room from a drug overdose. What happened to Tom Purcell on True Detective? He didn't live much longer. Warning: Spoilers for True Detective Season 3 follow.

Last week, Tom Purcell went from victim to suspect, triggered by the phone call from Julie telling the police make "the man pretending to be her father" go away. The top brass all but demanded Hays and West find a way to pin the case on the Purcell, now the original conviction of the late Brett Woodard could no longer stand scrutiny, and Woodard's children were asking questions.

Purcell didn't take the accusation of killing his son and hiding his daughter well at all. Worse, West and Hays found evidence Purcell most likely wasn't Julie's father. He was closeted, and Lucy (and most of the town) knew it. But the idea this gentle man who loved Julie as his own was somehow a killer didn't sit well with either detective.

They were right to disbelieve it. Purcell didn't kill Will or hide Julie. By the end of last week's episode, he'd managed to get ahold of the name of who paid Lucy, and went to their property to find answers. The property was the Hoyt family compound, and in a move that signed his own death warrant, Purcell found the man-sized safe room where Julie was held all those years.

As he walked in, the Hoyt family's head of security, Harris James, came up behind him.

Then he was dead. The police found his body with his brains blown out halfway up the water tower where Will was last seen alive. A note lay next to him, typed up and bloody, saying he was going to see his wife and son again.

To say this note was nonsense doesn't begin to cover it. Tom and Lucy hated each other. As Hays pointed out, can anyone picture this guy, a school bus parts maker, and an alcoholic, sitting down at a typewriter to make this note?

Moreover, as Elisa pointed out to Hays in 2015, there's a contusion at the back on Tom's skull, inconsistent with the gunshot. He was knocked out, dragged up there and the suicide staged by James.

Like with Woodard back in 1980, no one looked too closely at the evidence not adding up. Instead, those in power ran out to announce the case was closed again in relief. They could all forget about it, and Julie's whereabouts could stay unknown for another couple of decades. Or just maybe, the rest of her life.