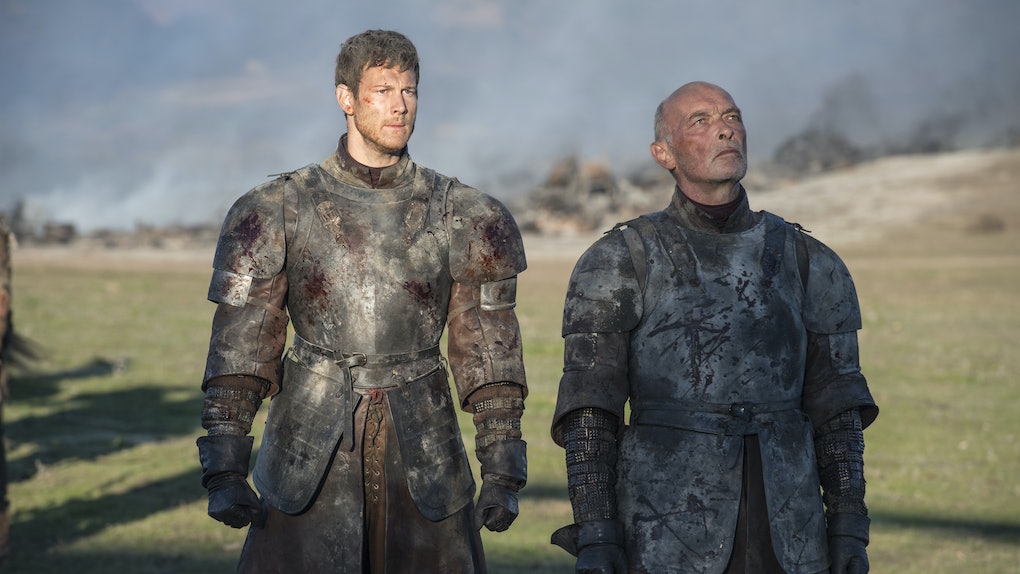 What Happened To Randyll & Dickon Tarly? 'GOT' Fans Should Refresh Their Memories

When you boil down Game of Thrones to its core story, it is a fantasy story about good versus evil, with the Stark family on the side of good, and the Night King and his Army of the Dead on the side of evil. But in practice, the show is far more complex, which is one of the reasons it's so popular. Evil comes in many forms, whether it's a reaction to an abusive upbringing or a response to a cruel environment. In the case of the Tarly family, evil is bigotry. What happened to Randyll and Dickon Tarly? They didn't make it to Season 8.

When fans first meet a member of the Tarly family, it's Sam. An overweight, unhappy kid, his father cruelly sent him to the Wall, in Sam's words "to make a man of him." In reality, Sam would have been the heir to the Tarly estate, but Randyll sent his son to the Wall and the Night's Watch to be rid of the kid. He considered Sam an embarrassment to the Tarly name for not fitting his narrow-minded concept of manhood.

Fans don't meet Randyll until Season 6 when Sam stops home with Gilly on his way to the Citadel. Sam's mother and sister are lovely people, welcoming Gilly with open arms. Even Sam's younger brother Dickon, who is his father's masculine ideal, is happy to see his older brother happy.

Randyll is a horror show of a father. He sneers at his son's choice to go to the Citadel; he's appalled at the "tavern wench" he believes Gilly to have been. When he finds out the truth, that she's a wildling, he acts as if Sam has brought an abomination into their home. It is an embarrassing display of open bigotry.

Though Sam's mother and sister close ranks in Gilly's defense, Dickon sides with their father. Dickon doesn't believe Gilly is terrible, it's just easier. It has always been easier for Dickon to be the man their father wants to see rather than his own person.

On their way out the door, Sam takes the family's Valyrian steel sword, Heartsbane. His father doesn't deserve to wield a weapon that could defeat White Walkers.

When fans see Randyll and Dickon again, they've bent the knee to Cersei, turning on their longstanding loyalty to the Tyrells as their stewards, because Randyll doesn't respect an old lady like Olenna. Dickon follows in his father's wake. However, things don't go well, despite the Tyrell surrender. On the way home, the Targaryen army attacks, and both Dickon and Randyll are taken prisoner.

Randyll's refusal to switch sides (again) is somewhat noble, but considering he probably refuses because Daenerys is a woman. Dickon, intent on being his father's son to the last, insists if his father is to be put to death, he should be too. Daenerys obliges.

Season 8 will find Sam as the heir to House Tarly. How will he take the news Daenerys killed his father and brother? Fans will find out when Game of Thrones returns on April 14.