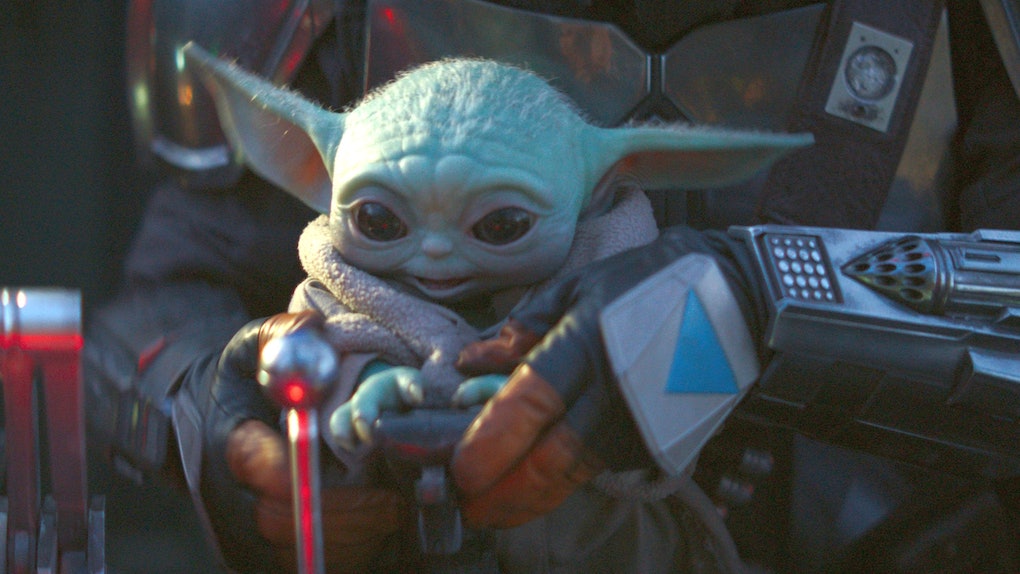 What Happened To Baby Yoda In 'The Mandalorian' Season 1? Here's Your Recap

When The Mandalorian arrived on Disney+ in November of 2019, it was shrouded with secrecy. The trailers gave nothing away, and there were no reviews ahead of time. That's because Lucasfilm had a giant surprise tucked away at the end of the premiere: the Child, who quickly was dubbed "Baby Yoda" by fans. The little green toddler with the giant ears was an instant sensation, and just like that, a meme was born. But what happened to Baby Yoda in The Mandalorian Season 1? The character had a lot of adventures beyond being adorable.

When Mando initially set out to find Baby Yoda, he believed himself to be hunting a 50-year-old male. Whoever it was, former high ranking members of the Empire were desperate to get their hands on him, offering more beskar for one job than Mando has seen in a lifetime.

But upon seeing the tyke, Mando's heart grew three sizes. He immediately assassinated fellow bounty hunter IG-11, who threatened to kill the Child. He defended Baby Yoda against dozens of other hunters. In exchange, Baby Yoda protected Mando, using his nascent powers of the Force to save the bounty hunter during a fight with a Mudhorn.

Mando initially turned Baby Yoda over to his former Imperial overlords. But his conscience wouldn't rest easy, and his gut told him he'd made the wrong move. Mando returned to the Stormtrooper-defended safehouse and stole the Child back, taking him far away to find a place safe from prying eyes.

That turned out to be easier said than done. Mando tried several locations to safely offload Baby Yoda, from the sparsely populated Sorgan to Mos Eisley. But Guild bounty hunters were always on their tail, despite help from Mando's frenemy, Cara Dune, or betrayals by assassins like Fennec Shand. Mando even tried heading back to work for former partner Ran Malk but discovered the "five-man team" he'd been put on was a double-cross.

Throughout it all, Baby Yoda was there, experimenting with his ability to use the Force and generally being a toddler pain in Mando's butt. But Mando would do anything to keep Baby Yoda safe (as would I, but I digress). When Karga asked Mando and the Child to help defeat the ex-Imperials in exchange for the Bounty Hunter's Guild leaving them alone, he agreed. But, suspecting a trap, he picked up Cara Dune as a backup.

Thankfully, Baby Yoda's powers of cuteness (and ability with the Force) was enough to convince Karga not to betray them. Instead, he, Dune, Mando, and the Child wound up taken prisoner by Moff Gideon, the force-obsessed ex-Imperial who was desperate to get his hands on Baby Yoda.

After a lucky escape, Mando and Baby Yoda found The Armorer, a leading figure among Mando's people, who dubbed them a "clan of two." She charged Mando with returning Baby Yoda to his people.

But as the two took off to find this mystery planet, Moff Gideon was not far behind, and he has a weapon neither of them is ready to face: The Darksaber.

How long until Mando and Baby Yoda find the planet they seek? Or will Gideon find them first? The Mandalorian Season 2's premiere episode arrives on Disney+ on Friday, Oct. 30.