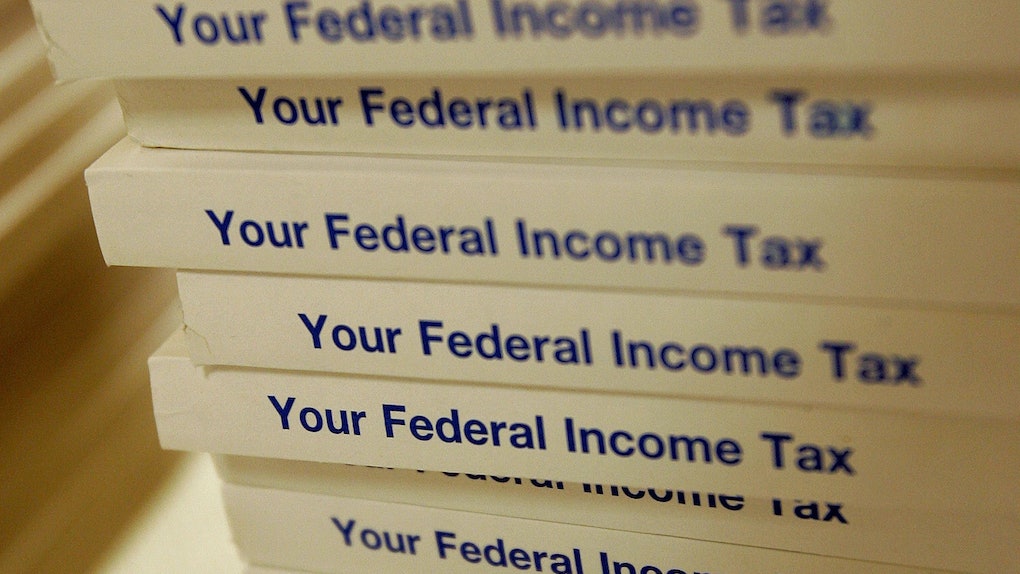 What Does Head Of Household Mean? It Could Mean Great Things For Your Taxes

Sometimes taxes make me reconsider the whole workforce thing. Like, is it really worth all that paperwork? Okay, so I guess I need money for necessities like rent and feeding my La Croix habit, but knowing that tax season is always around the corner (or so it feels) is tough. There's just so much to know and so many terms to sort through. For instance, you might be wondering what does head of household (HOH) mean? It could mean great things for your taxes, if you can figure it out.

When filing taxes, there are a few different filing statuses available. Some of them are obvious, like single or married. But there's another status that is a little more complex but could be highly beneficial, and that's HOH. According to the Internal Revenue Service (IRS), HOH is classified as someone who is considered unmarried — heads up, if you are actually married but not filing with your partner, then you are considered unmarried — and pays more than 50 percent of the household expenses for a dependent (a child or relative you provide financial support to) or any qualifying person. The IRS has a handy chart to help you figure out what sorts of people qualify under HOH guidelines. Also, you might be wondering (because I was) if you can file qualify as HOH if you rent your home, and, according to Smart Asset, the answer is yes, because rent is considered part of the costs for keeping a home.

In short? If you have a kid or other relative that you support financially, you probably qualify, and you should definitely think about filing as HOH.

Now that the qualifications are out of the way, let's move onto why, if you qualify, you might want to claim yourself as HOH when filing. Basically, according to Investopedia, HOH filing status could provide really great financial benefits.

First off, you'll get a better tax rate than just filing as single. Per the 2018 tax rate, HOHs earning an annual income of $50,000 had a 12 percent tax rate, compared to singles, who had a 22 percent tax rate. That's quite a difference. But the perks don't stop there. As an HOH you also get a higher standard deduction, around $3,000 more than filing as single, according to Money Crashers.

While the benefits seem super great you want to make totally sure that you are actually considered an HOH in the eyes of the IRS, because you definitely don't want to be audited. If you're filing on your own without an accountant, then before leaping into the whole HOH thing and doing a happy dance, you might want to pick up the phone and call the IRS at (800) 829-1040 just to make sure. They have a very detailed rundown on their website of all the boxes you need to check to qualify, but it can be hard to comb through, so you might be better off calling and speaking to an actual human.

Deciphering these terms can be kind of taxing (pun obviously intended), but it's worth going through them because you might be missing out on some major benefits. Plus, if you're having a hard time just phone a friend... preferably one who knows about money and stuff.