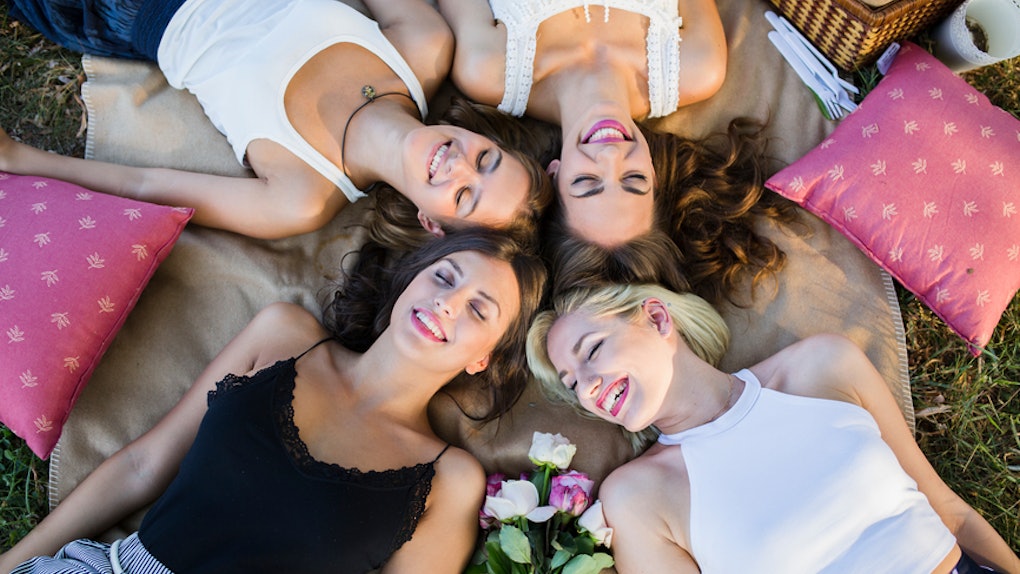 What College Seniors Want Their Friends To Know Before Graduation

Senior year of college is such a whirlwind. I don't think anyone knows quite what to expect, and senior year of high school just doesn't compare. Sure, people tell you it's so bittersweet, and that it's over before you really feel like it has even begun. In a way, they're right. Looking back, this year went by quickly, even when days filled with studying and exams felt like they would never come to an end. But what's kept me motivated, are my friends. I assume this is like most. On behalf of all of us, it's important we establish what college seniors want their friends to know before they're walking across the stage to grab their diploma.

After all, you've known many of these friends for some time. You've spent countless hours together chilling in the quad, planning weekend getaways, studying over late-night pizza sessions, and so much more. You've made the best memories and can't imaging what your college experience would have been like without them in it.

So here's to you, college friends. I hate to get all sappy, so I'll try not to — but it's not my fault you're pretty great. It's important you know these seven things before we toss our graduation caps in the air.

1. No Matter Where They Go, They Should Feel Accomplished AF

You're so proud of how incredible your girlfriends are. Seriously though, if there's one thing I want to tell my college friends, it's that they should be proud of themselves, no matter where they end up. I know they've worked so hard, and I know they're going to continue to put their best foot forward. And some day, I'll be able to say, "I knew them when..."

2. You're Excited To Leave... Everyone But Them

As much as you may go on and on about graduation, actively count the days you have left at school, and whine about those senioritis feels — you want to make it very clear that there's one thing you're not complaining about. Of course, that's the amount of time you've got left with your favorite people. Everything else is just much easier to say goodbye to.

3. You're Still Going To Need Them A Lot

As you all embrace your different paths after graduation, whether they may be in the same city or halfway across the world — it's a given that in the beginning, you'll need each other to lean on. This adulting thing can be rough stuff at times! These awesome people were your support system for a long time, and a little bit of distance won't ever change that.

4. You Might Not Talk Every Single Day In "The Real World"

As things in your new job and new place settle in, it might be less necessary for you to have that hour-long call together every night. But, that doesn't mean you care about each other any less. In fact, it's a sign that you're adjusting to adulthood. As long as you're staying in touch, you'll make it through — because your friendship is one-of-a-kind.

5. ... But You're In This Friendship For The Long Haul

There's that staying in touch thing. Above everything, we want our college friends to know that the friendship doesn't end when graduation does. You're all a squad for the long haul, and it's going to take some effort to stay in touch. Luckily, you don't mind bugging each other to answer your FaceTime.

6. The Group Chat Will Always Be So Poppin'

If there's one thing I want to tell my girl gang, it's that our group chat can never end. It's the highlight of my day, and it's going to stay that way if I have anything to do with it. It's OK if we use it less — just its presence is what matters.

7. They've Shaped Who You Are

To my college friends: you've made me who I am, and have had such an amazing impact on my life. Seriously. I am a different person because of you. In these past four years, so much has changed — and we've been through it all together. Hopefully, we're better because of each other.