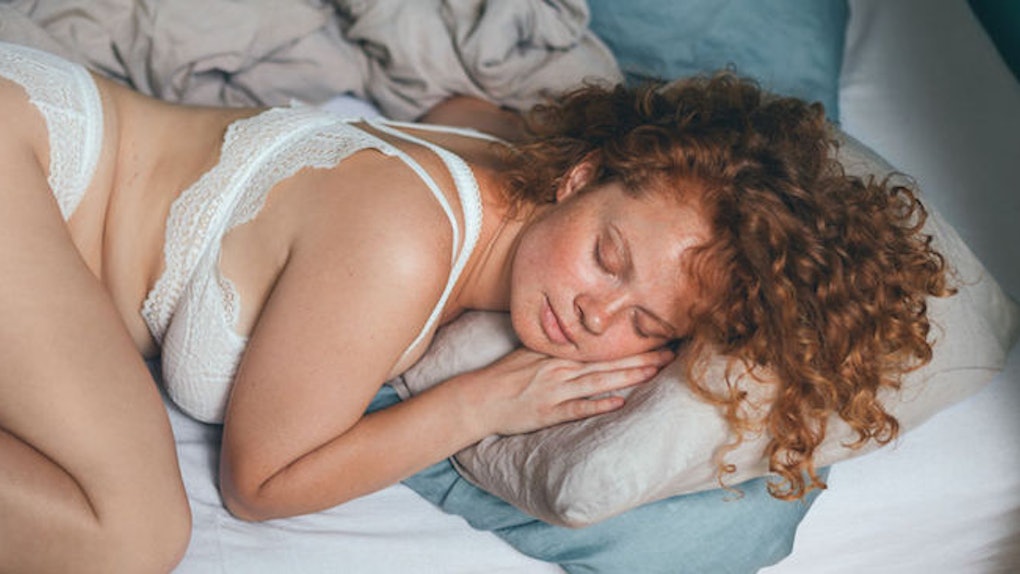 What Are The Stages Of Sleep? Here's What Your Body's Really Doing Throughout The Night

Maybe you've never really thought about what goes on while you sleep, because why question such a blissfully beautiful process, right? But it's actually pretty interesting to learn about what goes on in your body after you lie down and rest your head on the pillow. The stages of the sleep cycle are fascinating — I mean, really, what is your brain/body doing for like seven hours straight while you're asleep? These are the things that, no pun intended, truly do keep me awake at night.

"The stages of sleep are considered to be a cycle," GinaMarie Guarino, a licensed mental health counselor based in New York, tells Elite Daily over email. "People may or may not complete a full cycle of sleep when asleep, which can lead to different challenges and health risks."

According to Guarino, there are a total of four stages before a person reaches REM sleep, or rapid eye movement sleep, which is the deepest stage of your slumber.

Here's how each of these five stages can affect your body, your mind, and your overall health.

"[This stage] refers to the point in which a person drifts off into initial sleep," Guarino explains. During light sleep, she tells Elite Daily, vital functions like eye movement, breathing, and heart rate all slow down, but the brain actually remains aware and is easily stimulated. In other words, when you're in this first stage of sleep, says Guarino, it's pretty easy to be woken up by things around you.

Plus, according to Tuck Sleep, abrupt muscle spasms or bodily jerks aren't uncommon to experience while drifting in and out of light sleep. Oh, and you know that sensation where you feel like you're falling? That's totally normal here, too.

"During Stage 2, the brain activity declines. At this time, the brain and body begin to lose consciousness and awareness of environment," says Guarino. This is also when your body temperature begins to drop, as per Tuck Sleep, and your heart rate continues to slow down.

According to California-based sleep clinic Somnology, Inc., this kind of sleep typically begins about 30 minutes after your head hits the pillow — that is, if you're not scrolling through social media or "falling asleep to" a YouTube video.

Once you begin the deep sleep phase, it'll probably be harder for you to be woken up than it was in the first two stages, says Guarino. "The body will be at its most restful state," she tells Elite Daily, "and repairs to tissues, muscles, and immune system will be most active."

According to the National Sleep Foundation, these two stages are the bridge between your non-REM (NREM) sleep and REM sleep, and as Guarino explains, it's your body's prime time to repair its muscles and generate energy for the next day.

You typically enter REM sleep about 90 minutes after you begin your slumber, as per the National Sleep Foundation, and the average adult experiences roughly five to six REM cycles every night. "In REM the brain is very active and can be just as active as the awake brain. And although your brain might be active, your body is not," Kansagra tells Elite Daily.

That's because this stage, says Guarino, is when the brain begins to dream. During REM sleep, your body can actually become temporarily paralyzed, as per Somnology, Inc. — but not in a bad way. Rather, it's speculated that your body does this to prevent you from acting out your dreams. Like I said — even when you're fast asleep and totally unconscious, your body's turning its gears and working its magic.