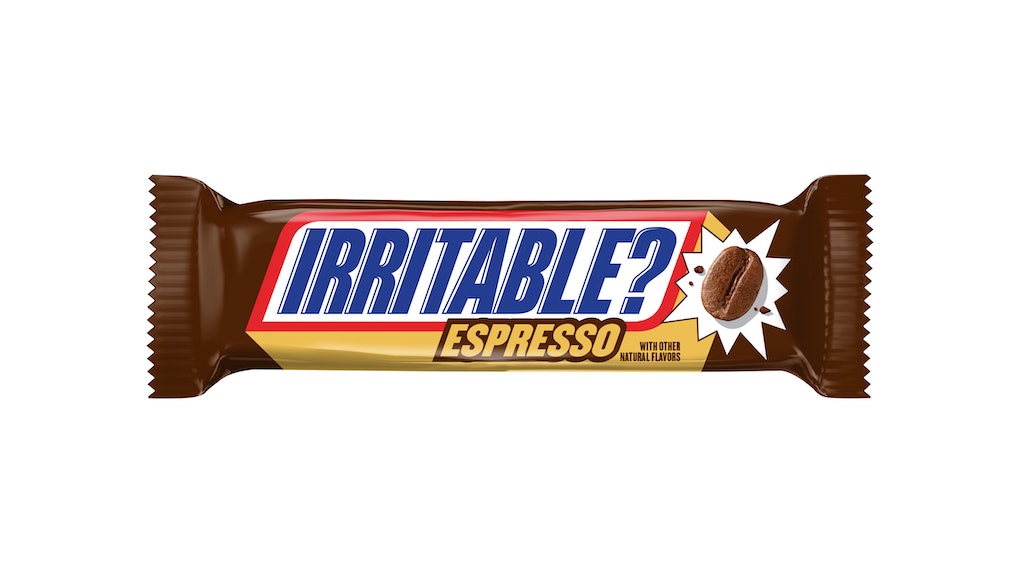 Hungry? SNICKERS is releasing a set of limited edition "Hunger Bars" that satisfy three relatable feelings associated with hunger pangs: irritable, wimpy, and indecisive. What are "Hunger Bars", you ask? Made with your standard chocolate, peanut, and caramel SNICKERS base, each of the new releases will feature a flavor-infused nougat to combat the bolded "symptom" listed on the package in question form. For example, "Irritable?" pairs with an "Espresso" flavor, while "Wimpy?" goes with a "Fiery" hot pepper flavor, and "Indecisive?" tethers the "Salty & Sweet" line with a salted caramel flavor.

They're available in all sizes including singles, share size, and FUN SIZE, Mars Chocolate thoughtfully noted in their release.

Though the previous 29 "symptoms" are only available in Original, Almond, Peanut Butter Squared, and Crisper varieties, SNICKERS' three newest "symptoms" — Irritable, Wimpy, and Indecisive — taste like nothing you've ever tried from the brand before.

So, when can you taste them?

Unfortunately, SNICKERS' Espresso, Fiery, and Salty & Sweet flavors won't hit shelves until June 2018. Yes, as in NEXT YEAR. At least we have this tidbit of good news: When they do eventually enter our lives, they will be available nationwide.

In an Oct. 17 press release, SNICKERS' senior brand manager, Michael Italia, spoke to the brand's hunger-themed advertising strategy. He said in a statement,

SNICKERS knows that when you're hungry, you lose your flavor and turn into your less desirable self. Our new flavors paired with hunger symptoms provide an extended dimension to show how SNICKERS ultimately satisfies when hunger strikes.

They really do understand their consumers, huh?

I particularly love the one where Aretha Franklin (aka a dude named Jeff when he's hungry and grumpy) is on a road trip with a bunch of friends complaining about the AC. Finally, one of the friends says, "Every time you get hungry, you turn into a diva. Just eat it so we can all coexist in here." As soon as Aretha takes a bite, she turns back into Jeff. The kicker, however, is that now Jeff's friend in the front seat is hungry, too. "Will you get your knees out of the back of my seat?" his alter ego, Liza Minnelli, hastily asks before the commercial's end. So good.

If you're thinking, "Wait, it seems like these to campaigns are connected," you're thinking correctly. In their June 2017 "Hunger Bars" announcement, Mars explained that "Hunger Bars" is an extension of "You're Not You When You're Hungry." The company wrote in the release,

It makes perfect sense now. All I'm left wondering is, "Is it June 2018 yet?" My inner coffee obsessive is drooling over the espresso flavor, TBH.