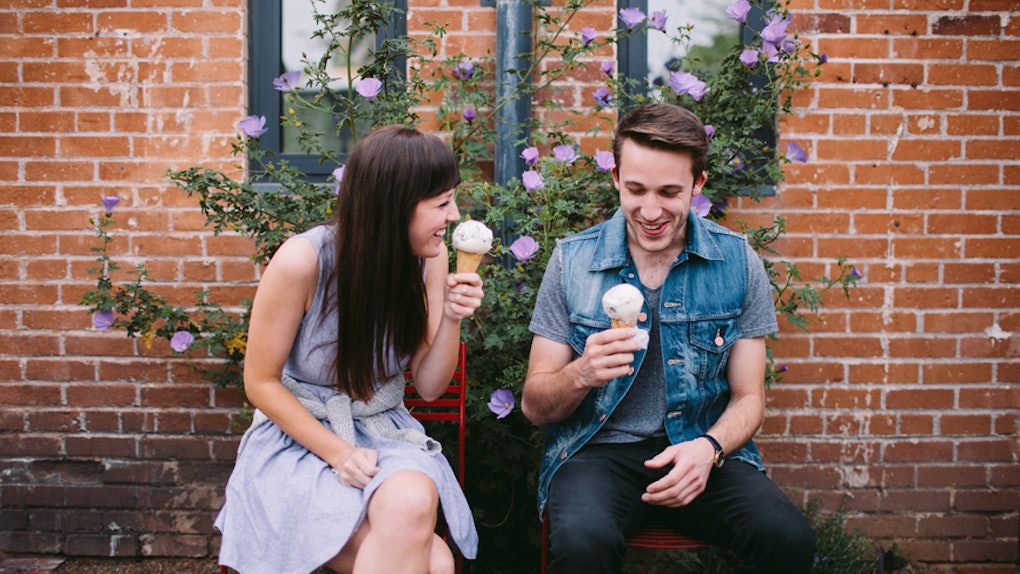 What Are First Date Turn-Offs For Guys? Guys Reveal The Moments They Knew They Weren't Interested

Everybody has had one of those first dates. You know, that one date (or maybe multiple dates) you went on that was such a freaking train wreck that you'll be telling the story until the day you die. Maybe it wasn't even a total train wreck, but you just didn't click with the person at all. Maybe your date was just so annoying that you literally had to make up an excuse to leave halfway through the date to save yourself. Well, a recent Reddit thread asked men to share their first date turn-offs, and their stories are absolutely unreal.

Read along as these guys dish on their the most horrific first date stories ever, from the woman who got out of one guy's car to pee, to the person who literally stole his wallet halfway through the date and bailed. Trust me, they'll put your worst stories to shame.

She had him pull over so she could pee on the sidewalk.

This took place in NYC at about 2am, at the end of a first date with a girl that had been drinking heavily. A few minutes into my drive to take her home, she suddenly asked me to pull over. I thought she was going to upchuck, but instead she was p*ssing on the sidewalk.

She didn't know where Pearl Harbor was.

When she didn't know where Pearl Harbor was, and guessed that it was in the Atlantic.

She told him she believed in ghosts.

She told me how much she believed in ghosts. I kind of poked fun at her to see how serious she was... she was super serious.

She kept bringing up her ex-boyfriend.

when she kept mentioning her ex boyfriend, a week later they got back together.

She was way too nonchalant about doing cocaine.

When she casually mentioned doing cocaine the way someone might mention drinking a beer.

She brought up astrology.

She told him she thinks sports are dumb.

When i mentioned my excitement about hockey and she started the “sports are dumb” spiel. I understand not liking something, but denigrating it is another level.

She used to date a super dumb guy from his high school.

It was actually yesterday she said she went out with this guy I went to high school with. Dumbest motherfucker I ever met, I don't mean to judge people for their past but if she could get along decently with that guy it's gonna be a no.

We were talking the whole time but I was kind of bored regardless of the topic.

She didn't believe in dinosaurs.

When she told me straight faced and with all the conviction her small 5' 3" frame could muster that, without a shred of doubt, doesn't believe in dinosaurs. That fossils are just rocks that look like bones. She was a weird one.

When she started ranting about how much she hated the Jews, about an hour in. I'm Jewish.

She stole his wallet.

When I found out that my wallet was gone when she went to the ''restroom''. I only lost 3 bucks. I keep my money on a secret pocket on my pants, called boxers.

Tell me those stories weren't some of the craziest stories you've ever heard of.

Seriously, next time you're feeling down about a horrible date you just had to go on, read these and think, "At least my date didn't steal my wallet."