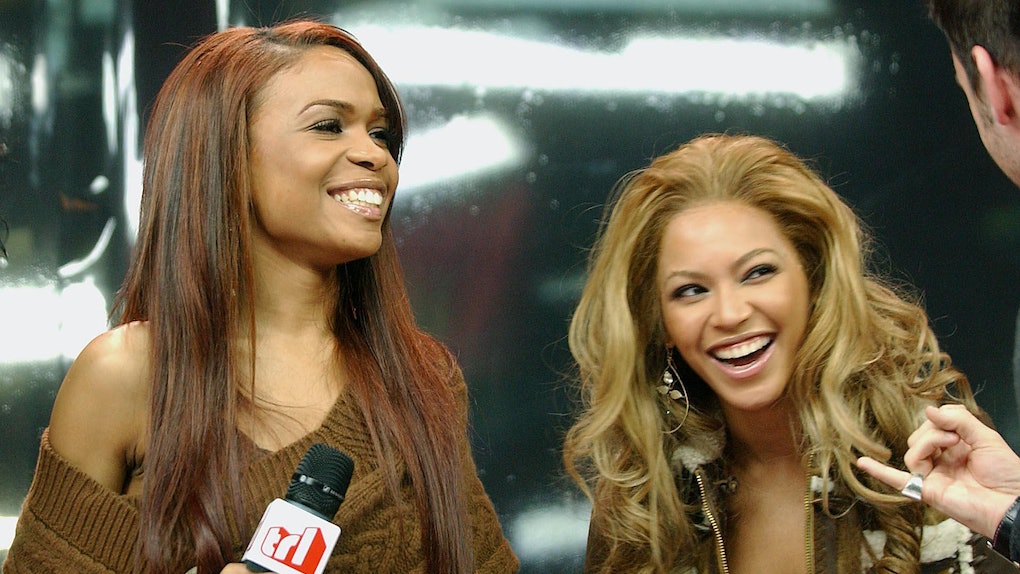 Was Michelle Williams In 'Black Is King'? Her Absence Was Felt By Fans

There was so much for fans to look forward to on Friday, July 31, when Beyoncé's Black Is King was finally released on Disney+ after months of teasing. For one, the Beyhive was anxiously waiting to see if any of Beyoncé's famous friends would make cameos in the film, if her family members would grace the screen, or if she'd reunite with her former Destiny's Child BFFs. Well, Kelly Rowland made an appearance, but Michelle Williams was visibly absent, leaving fans with one huge question after watching the film: Why wasn't Michelle Williams in Black Is King? Fans are curious and they may never get a clear answer. But here's what to know.

During Beyoncé's visuals for "Brown Skin Girl," fans thought they might catch a moment between Bey and Williams, since Rowland made a cameo in the song. When the track was over, some were disappointed that Williams never appeared. Since there hasn't ever been any bad blood between the girls, the reason could be completely harmless, like perhaps Williams was filming The Masked Singer at the time Bey was shooting Black Is King, but it didn't stop stans from taking to Twitter to share their thoughts.

There are many reasons why Williams could have missed the opportunity to film Black Is King. From her own busy schedule, to possible geographical conflicts, all signs point to one reason: They just simply couldn't make it work.

Since Destiny's Child disbanded in the mid-2000s, the women have remained pretty close, despite them all having their own solo careers and families. In 2014, Beyoncé and Rowland were featured on Williams' gospel song "Say Yes," proving they are still supportive of one another.

More recently, Williams showed support for Bey's mom, Tina Knowles, on Twitter. "Today Miss Tina @knowles_lawson @civilrightsorg sent an open letter to Senators calling for the passing of the Heroes Act, a bill providing funding to ensure that our vote is protected this election cycle," she wrote. "Join us and sign our petition."

Williams was even on hand to support Bey at The Lion King premiere in July 2019. So while fans didn't get a Bey and Williams reunion in Black Is King, they can rest easy knowing it likely wasn't for any negative reason and everything is good between these ladies.