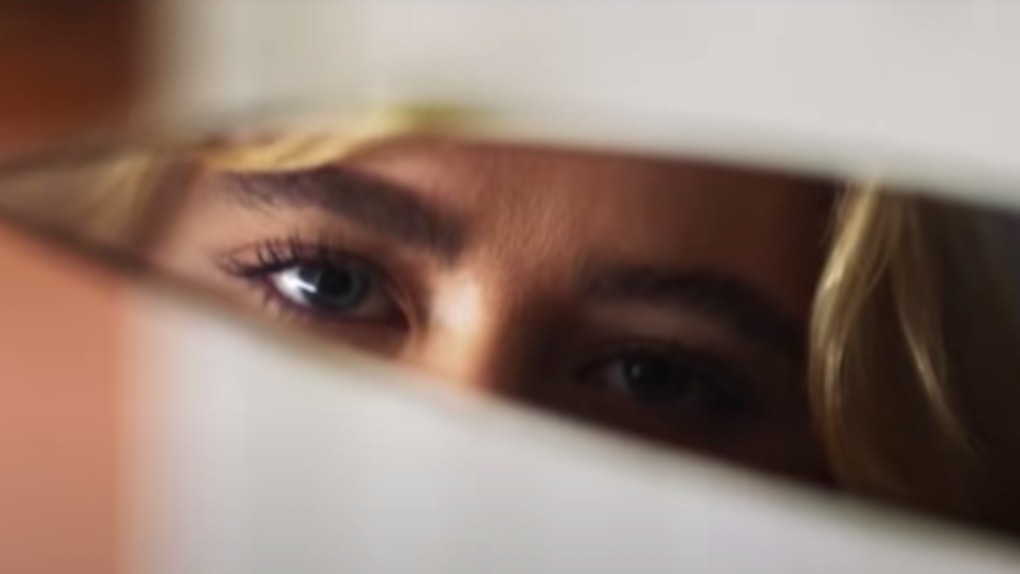 If you loved The Hot Chick with Rachel McAdams and Rob Schneider, but wished it was a lil more spooky, you'll probably be into Blumhouse's upcoming flick, Freaky, starring Vince Vaughn and Kathryn Newton's. The trailer teases a similar switch-bodies plot made popular by the 2002 teen comedy (as well as the multiple iterations of Freaky Friday, of course), but with a whole lot more blood and death. Buckle up, fam, because this one looks like it's going to be a wild ride.

In the film — which appropriately premieres on Friday, Nov. 13 — Millie Kessler (Kathryn Newton) is your average high schooler. She's trying to navigate her social live and survive senior year, but soon becomes the target of the local serial killer called "The Butcher" (Vince Vaughn). For some reason, The Butcher has a mystical dagger, which he uses to kill Kessler. However, when the knife touches her skin, the weapon's magical properties cause them to switch bodies. They have 24 hours to swap back, or the change will be permanent. Sound familiar?

Switching back won't be an easy feat, however, because The Butcher seems to be liking his new life as a high school girl. The movie's trailer — which dropped on Sept. 10 — previews how the killer will use his new form to go after the teachers and students in the high school, and since he looks totally unassuming in Millie's body, people don't expect what's coming for them. "She now looks like a towering psychopath who’s the target of a city-wide manhunt while The Butcher looks like her and has brought his appetite for carnage to Homecoming," Universal Pictures describes the conundrum in a synopsis.

The trailer's peek at Vaughn playing the role of 17-year-old Millie in The Butcher's body adds a hilarious element to what looks to be an otherwise gory film. This is perhaps no surprise, since the writer and director behind this film is Christopher Landon, the same person who created Happy Death Day, which also nails the balance between horror and comedy.

Freaky is slated to premiere in theaters on Friday, Nov. 13 — a perfectly appropriate day for those who want to keep the spooky celebrations going after Halloween.