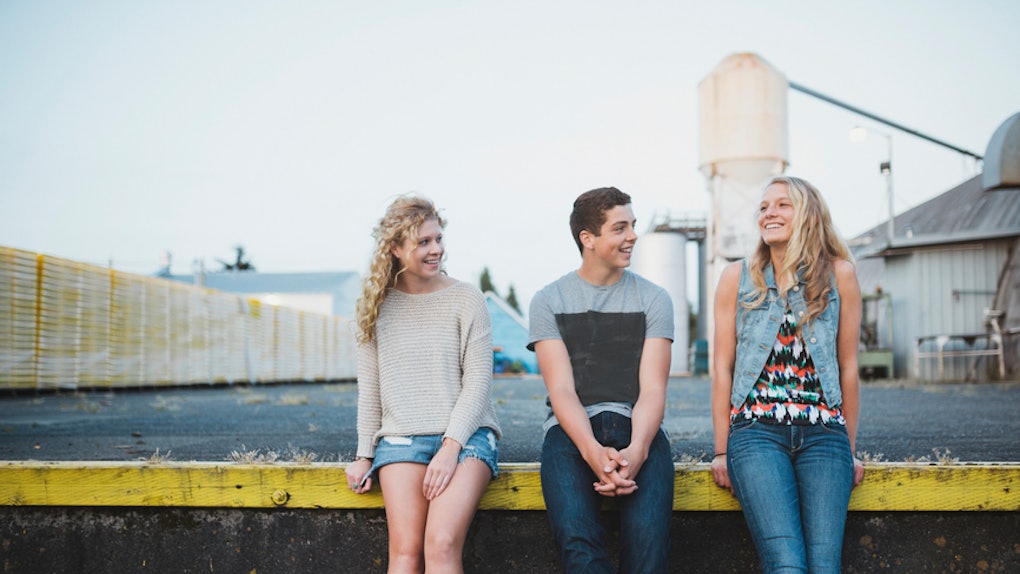 As 2017 draws to a close, you're probably seeing data revealing your most-played songs on Spotify (and how much you really love Ed Sheeran) or the most-watched Netflix show of the year. When it comes to the way people speak, though, Oxford Dictionaries is here to shed light on the vernacular of this past year (I guess some people communicate with more than just emojis). This year, the word that stood out to them was "youthquake," and these tweets about "youthquake" being Oxford Dictionaries' Word of the Year show that people are confused about it.

According to the Oxford Dictionaries' website, they choose a Word of the Year to help understand mindset of the last year and to mark where the world is heading in the future. The 2017 Word of the Year was announced on Dec. 14, and youthquake is defined by Oxford Dictionaries as "a significant cultural, political, or social change arising from the actions or influence of young people." In the UK, the usage of youthquake was registered most fervently around the June 8, 2017 election that was called by the Conservative leader Prime Minister Theresa May.

Following May's call for a "snap election," young voters were energized and went to the polls voting for the opposing Labour Party. Sixty-six percent of first-time 18-to-19-year-old voters cast their ballot for the Labour Party. Even though the Conservatives won more seats in the House of Commons, many political analysts were taken aback by the sheer numbers of the youth vote.

Despite the massive turnout and political effects, people were still a bit confused by the 2017 Word of the Year choice, so they took to Twitter to let it out. I'll add my name to the confused list, especially since every time I type "youthquake," it remains underlined in red as if it is "misspelled."

Uncommon and "a bizarre choice."

The discovery that youthquake is a word had people shook.

"Spins me right round, baby"

Youthquake is so not "fetch," Oxford Dictionaries.

Some went back to simply being confused AF.

"Never heard of it."

How can it be Word of the Year if you've never heard of it?

Ah, because it was just invented. Got it.

Some appreciated the meaning but couldn't get past the "rubbish word."

It was a "good concept."

If it helps, it appears that people of all ages have never heard of youthquake.

See, there's proof in a chart.

It appears that "Googling youthquake" was the most-popular activity on the evening of Dec. 14.

Alas, it turns out that youthquake is a legitimate word.

According to Oxford Dictionaries, the word youthquake was first used in 1965 when the U.S. Vogue editor-in-chief, Diana Vreeland, penned an editorial in the Jan. 1965 issue of Vogue. She wrote about youthquake referring largely to the youth-led fashion and music movement of the '60s where baby boomers rejected the traditional values that their parents espoused.

Witnessing the rebellion, she wrote:

The year's in its youth, the youth in its year. Under 24 and over 90 million strong in the U.S. alone. More dreamers. More doers. Here. Now. Youthquake 1965.

The President of Oxford Dictionaries, Casper Grathwohl, believes that youthquake is an empowering word that "we can all rally behind," and he refers to it as a word "imbued with hope" for the future.

If the usage of the word youthquake in events like the UK's June 2017 election and the recent New Zealand general election — which was the largest spike in youthquake's usage throughout all of 2017 — are good indicators, then a youthquake is definitely in full force, and young people are molding their own future.

It's not only abroad, though. In the Dec. 12, 2017 special election for the Alabama Senate seat vacated by Attorney General Jeff Sessions, voters ages 18-44 supported Democratic candidate Doug Jones over Republican Roy Moore by more than 20 points. According to The Washington Post, that marked a clear shift from when Mitt Romney won voters under 45 by a small margin in 2012.

The numbers support the movement led by young people even if the word may sound a little unorthodox at first. So, youthquake is Oxford Dictonaries' 2017 Word of the Year, and hopefully 2018 will see more young people embodying in the spirit of the word — now that they know what it means, anyway.