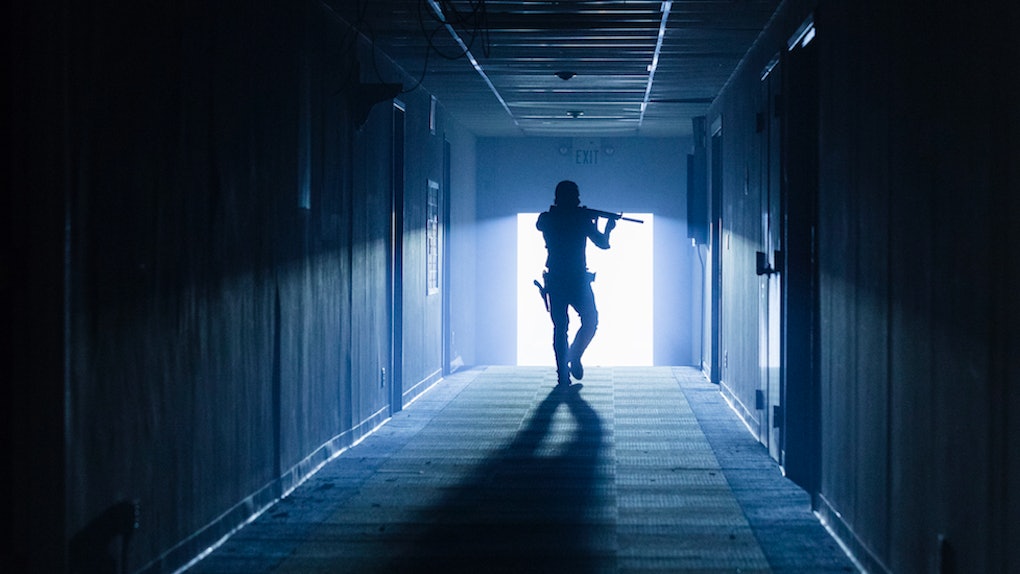 Tweets About Morales On ‘The Walking Dead’ Are Very Confused

After the utter roller coaster of emotion that was Episode 2 of The Walking Dead — not to mention last week’s Season 8 premiere — fans have been seriously worried about character deaths. But while the warily anticipated deaths didn’t happen this episode (whew), fans actually got the exact opposite of a death: someone essentially came back to life. The episode ended with Rick encountering a familiar face from waaaay back in Season 1. And immediately, tweets about Morales on The Walking Dead took over social media.

Seriously, there was an awful lot that happened on this week's The Walking Dead episode, "The Damned" — and most of it was, in fact, shooting. People shooting at each other, people shooting at zombies, people killing other people in violent and creative ways that didn't even involve guns. It was an action-packed episode, is what I'm saying. So it makes sense that everyone was worried about their fan faves dying (particularly after Morgan got shot early in the episode).

But we should know better than to think this show was going to waste its impact early. No, no. In fact, the episode waited until the very end for its biggest hit — as Rick crept through the Saviors' compound, searching for guns, he stumbled on one of the most significant things you can see in an apocalyptic dystopian drama: a baby.

And then something else stumbled upon him, as fans were reintroduced to a character none of us had seen in a full seven seasons, when Morales pulled a gun on Rick.

So basically, don't feel bad if you were a little like, "uh... why am I supposed to be freaking out?" You're not alone.

A quick recap: Morales was a character from allllll the way back in Season 1, when people were alive and Rick was still full of hope. Morales first appeared in "Guts," the second episode of the first season, as a survivor who went to gather supplies from the Atlanta, Georgia area before being cut off by walkers. He was the father of a family of four, with a wife, Miranda, and two kids who had also survived the outbreak of zombie-ism.

So what happened to him? Bad decision-making.

When Rick and our main cast chose to go to the Centers for Disease Control (CDC) back in Season 1, Morales and his family chose instead to head to Birmingham, Alabama in search of other family members. Though the group wasn't a fan of his choice, they couldn't stop them. So Rick gave Morales a box of ammunition, a walkie-talkie, and a "good luck." And that's all she wrote. We haven't seen Morales since.

And on Twitter, fans were freaking at Morales' reappearance.

And seriously, there were plenty of people who just had only the vaguest idea who he was.

And of course, there were plenty of people who were plenty pissed that Morales had reappeared... as a villain.

After he catches Rick in the Savior's compound, it becomes clear that it doesn't matter for beans what kind of history the two have, or if Rick's helped him in the past. Nope — Morales tells Rick (after, uh, politely saying hello while he holds Rick at gunpoint) that he's called the Saviors to come back. And then he cocks the gun, still pointed at Rick's head before — bam. Credits.

So, people were ticked off.

Well, if you're among the crowd that desperately wants answers, you shouldn't have too long to wait (hopefully).The Walking Dead wiki says that Morales will be back for the season's third episode, "Monsters" which airs next week.

Will that explain everything? I'm going to guess probably not. But I'll take what I can get.