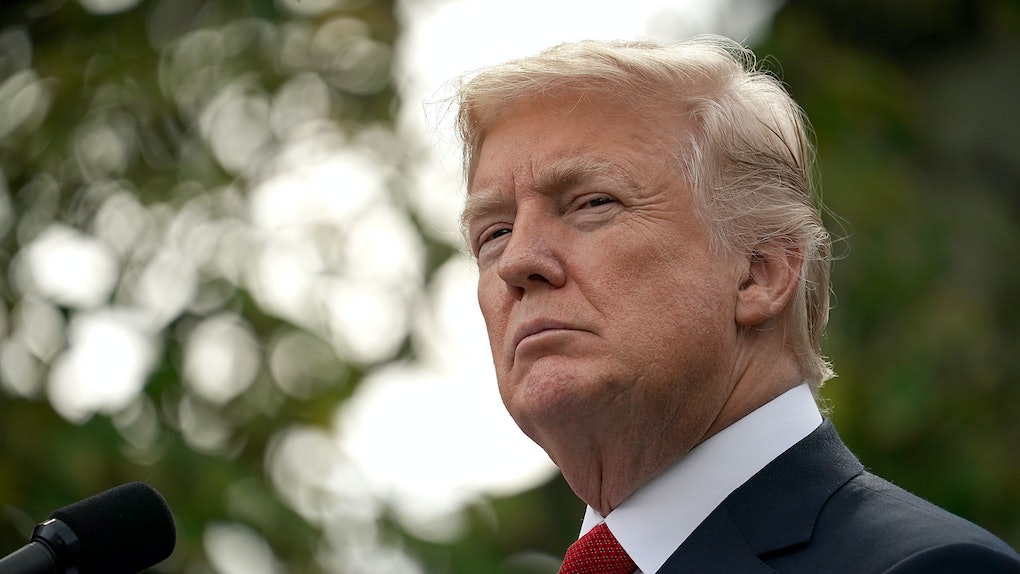 Trump's Vacations Vs. Obama's Make For Least Surprising Comparison Ever

Donald Trump loves golfing. He loves golfing so much, in fact, that he has reportedly golfed roughly every four days of his presidency, according to The Independent. Now that's depressing in and of itself, but if you compare Trump's vacations versus Obama's — prepare to reach a whole new level of fury.

On Oct. 22, all five living former presidents — Barack Obama, George H.W. Bush, George W. Bush, Bill Clinton, and Jimmy Carter — gathered together for a benefit concert in Texas to raise money for victims of Hurricanes Maria, Irma, and Harvey. Trump sent a video message, in lieu of showing up.

No big deal, right? He's the president, and one would think that he has a lot on his plate. Unfortunately, Trump was not at the White House, but was instead staying at one of his golf resorts. This reportedly marks the 75th time that the president has taken a golf vacation, The Independent noted.

Trump has been in office for 276 days, meaning that he has played golf an average of about every 3.7 days of his presidency (shout out to Chris Evans, aka the World's Captain America, for doing the math).

By August alone, Trump had spent three times as many days on vacation as Obama, The Washington Post reported. Plus, he had played almost double the rounds of golf that Obama played.

This is all depressingly ironic, especially considering the fact that Trump criticized Obama multiple times for golfing during his presidency.

On July 2016, during a Raleigh rally, Trump said, per The Washington Post, that “[Obama's] greatest, his greatest was when he wanted to play golf in Hawaii.” He continued, “so he takes the 747 — and, by the way, he’s played more rounds just about than people who play professionally on the PGA Tour.”

Trump doubled down on the sentiment while speaking to a crowd in Manchester, New Hampshire on Nov. 7, 2016. He said,

[Obama] goes out and plays golf so much that he doesn’t have time to convince Congress to go and — let’s do it the way it’s supposed to be done, right? I mean he’s played more golf than most people on the PGA Tour, this guy. What is it, over 300 rounds? Hey, look, it’s good. Golf is fine. But always play with leaders of countries and people that can help us! Don’t play with your friends all the time.

I’m going to be working for you. I’m not going to have time to go play golf.

Prior to becoming president, Trump also dismissed the idea of taking vacations. He said, per The Hill,

There is obviously nothing wrong with taking a vacation. Presidents deserve time off just as much as the next person. But when the comparisons between current and former presidents are so stark, and the president has so vehemently spoken out against golf vacations — therein lies the problem.

So, basically, in the immortal words of Seinfeld's The Soup Nazi: "Trump, no more golfing for you!"