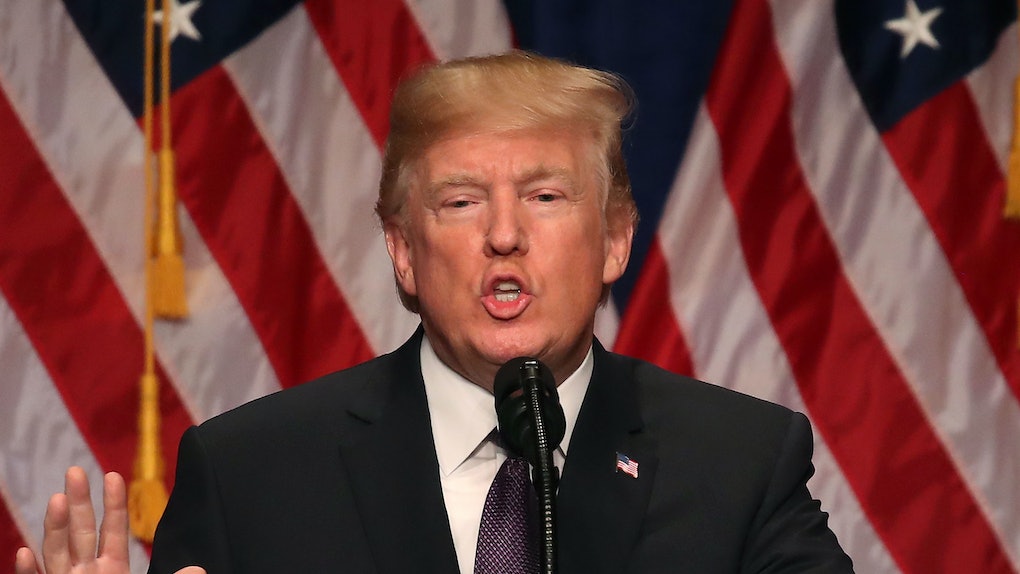 On Wednesday, Dec. 20, Republicans in the House of Representatives gave a final vote on their party's sweeping tax bill, ensuring its passage out of Congress and towards President Donald Trump's desk for signature. After the vote, Trump took to Twitter to celebrate the passage of the bill. Trump's response to the tax bill's passage read,

"We are delivering HISTORIC TAX RELIEF for the American people!"

Before the final vote in the House was held, Republicans and Democrats engaged in a spirited back-and-forth debate in which different members of Congress criticized the opposing party, with either cheers or boos filling the chamber each time.

Democrats, including House Minority Leader Nancy Pelosi (CA), charged that Republicans were choosing the favor the interests of the wealthy over more vulnerable Americans, all while passing a bill that is estimated to increase the nation's debt.

Republicans, including House majority leader Kevin McCarthy asserted that Democrats were falsely representing the bill, citing a study from the left-leaning Tax Policy Center which said, in the short term, all tax brackets would experience a tax cut due to the Republican plan.

The cuts to individual tax rates included in the bill will expire in 2027, while the cut to the corporate tax rate is permanent.

Earlier on Wednesday, the president promised the outcome of the Republican reform will speak for itself. Meanwhile, he criticized how the bill had been covered by news organizations. "The Tax Cuts are so large and so meaningful, and yet the Fake News is working overtime to follow the lead of their friends, the defeated Dems, and only demean," the president wrote in a tweet. "This is truly a case where the results will speak for themselves, starting very soon. Jobs, Jobs, Jobs!"

In another tweet, the president thanked Senate Majority Leader Mitch McConnell, whose relationship with Trump has reportedly experienced turbulent times throughout the year.

Most significant among the changes that will come as a result of the tax bill are the lowering of the corporate tax rate, the temporary lowering of the individual rates, the doubling of standard deductions and a repeal of the Affordable Care Act's individual mandate.

Throughout the month, House Speaker Paul Ryan has responded to questions of how Republicans will react to another expected effect: an estimated addition of $1.5 trillion to the national debt that will come as a result of a GOP's tax reform. The question has been asked of Ryan particularly because, in the past, he and other Republicans have criticized spending that adds to the deficits.

His response? Republicans will help grow the economy while softening the blow on debt by passing other bills.

"Tax reform grows the economy," Ryan told radio host Ross Kaminsky in early December. "So we basically planned in this term three big budget bills: two entitlement reform bills, one economic growth tax reform bill. The first one passed the House, failed the Senate, this one, both tax bills have passed the House and the Senate, we're on track with that, and then next year we're going to have to get back at entitlement reform."

Ryan's aim to achieve entitlement reform, which in theory requires cuts to Medicare, Medicaid, Social Security, and other programs, conflicts with positions President Trump expressed during his campaign. As recently as October, Trump's Office of Management and Budget Director said the president insisted on not pursuing entitlement reform.

While Trump and Ryan appear to differ on what to do next, both were on the same page for the tax bill that just passed through Congress. The House passed the bill by a final vote of 224 to 201. President Trump is expected to sign the bill into law within a couple of days.