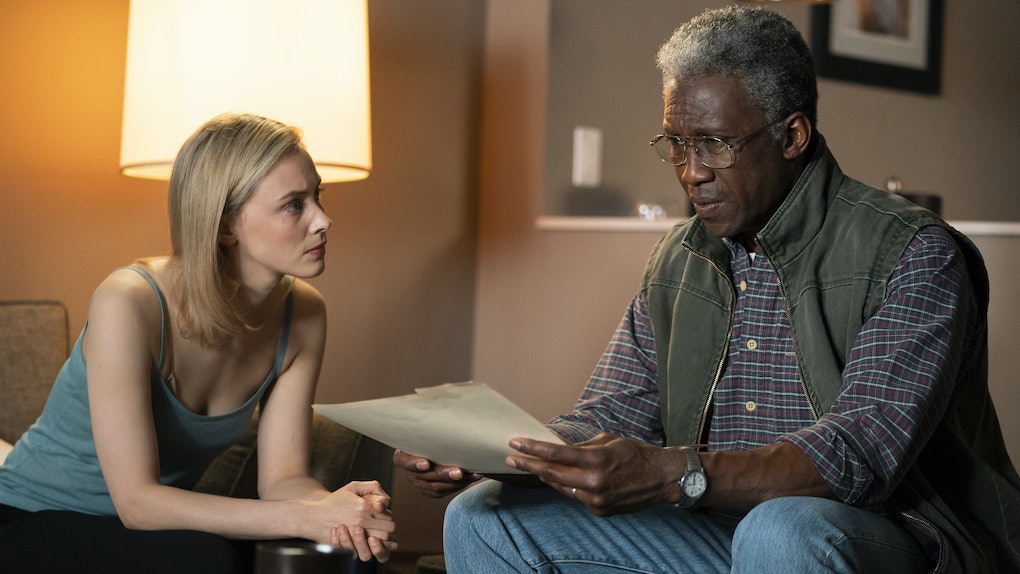 As the new year gains steam, the TV landscape becomes more crowded. The cutoff for Emmy voting is in June, and conventional wisdom states series which debut in winter and spring have a better chance of being remembered for awards. Sunday is the favored date for big-name series to air so the end of the weekend can get crowded, especially once award shows and sports events factor in. But for fans of HBO who want to watch the Super Bowl this weekend, there's good news. True Detective Season 3 episode 5 will stream early.

HBO announced this week the entire Sunday night lineup that usually airs from 9 p.m.- 11 p.m. ET will arrive online on Friday, Feb. 1, including True Detective, Crashing, and High Maintenance. This means football fans who had a time shifting problem going up against the Super Bowl on Sunday can watch their favorite HBO shows ahead of time. This solves the Super Bowl clash problem for HBO as well, who may be worried about going up against the big game.

Here's the synopsis for the next episode of True Detective:

Wayne finds himself in a no-win situation as new clues emerge in the Purcell case. Roland wrestles with how to keep evidence secure as lawyers demand a new investigation. Amelia finds her relationship with Wayne imperiled by her writing aspirations and his jealousy.

HBO is giving viewers a sneak peek at this Sunday's lineup ahead of Sunday night's game. On Friday, Feb. 1, HBO subscribers will have early access to the next episodes of True Detective, Crashing, and High Maintenance via HBO GO, HBO NOW and HBO On Demand, as well as through partners' streaming platforms. The episodes will still debut at their regular times Sunday, Feb. 3 on the main HBO channel, starting with True Detective at 9:00 p.m. (ET/PT), followed by Crashing at 10:00 p.m. and High Maintenance at 10:30 p.m.

Here's the synopsis for this week's episode of Crashing:

Pete falls headfirst into a relationship with a new girlfriend, Kat, who encourages him to be more aggressive in his career. On the night of their three-week anniversary, things amp up after a visit to a sex shop and a comedy show that morphs into a night all about Pete.

Though True Detective is the main draw of the group, both comedies Crashing and High Maintenance have been doing decently well this season, and both are only on their third episodes. Getting audiences to stream all three ahead of the Super Bowl would be a coup for HBO, especially if viewers also take advantage of the season premieres for all three still being available for free on HBO.com.

Here's the synopsis for High Maintenance:

Young Raymond tries his best to be useful on a day off from school. Barbie, a longtime New Yorker, must find a new place to live and becomes roommates with Arthur, The Guy's nudist client.

The next episodes of True Detective, Crashing, and High Maintenance will all be available online starting this Friday, Feb. 1 and air at their regular times on HBO on Sunday, Feb. 3.