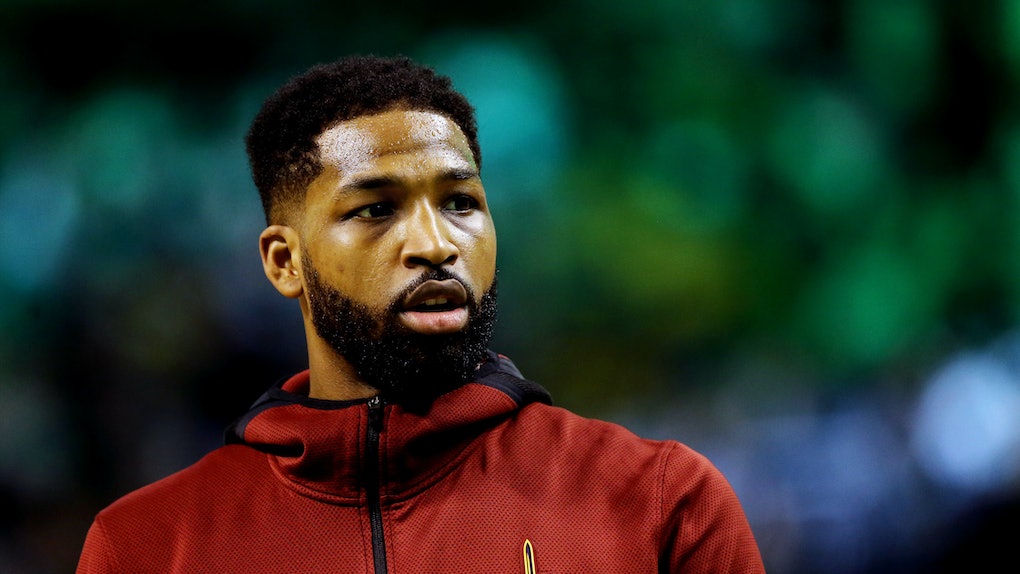 Being a good dad takes a lot of dedication and hard work. And it seems like Tristan Thompson is willing to put in the effort. While recent reports have claimed Thompson isn’t exactly an active part of his daughter True’s life, Thompson is making sure he shows his love for his daughter publicly in the best way he knows how — on Instagram. Tristan Thompson’s Instagram shoutout to True further dispels all the rumors that he’s a neglectful dad.

In a recent Instagram post, Thompson showed his love for True, his son Prince, and his support for Epilepsy Toronto. In the photo he shared on Instagram, Thompson is wearing a pair of shoes with his kids’ names on them as well as the name of his brother Amari, who has epilepsy. The shoes are purple and black with white and gold accents.

“Todays a special day for me and these kicks are very special to me. @epilepsytoronto #PurpleDay #MyMotivation #PurpleDayTO 💜,” Thompson wrote in the caption of his Instagram post.

Epilepsy Toronto is a cause close to Thompson’s heart. Back in 2014, Thompson helped start the Amari Thompson Fund through Epilepsy Toronto. The fund helps families with members who have neurological issues. So, Thompson was definitely showing a lot of love to a lot of different people in his Instagram post.

And the fact that Thompson also included his kids’ names on his shoes is interesting, especially since reports have surfaced recently that suggest he’s not the most proactive dad for baby True.

According to a March 13 report from Us Weekly, a source close to Thompson and True’s mom Khloé Kardashian suggested that Kardashian was “upset” with Thompson for not seeing True.

“Khloé is getting extremely upset with Tristan because he isn’t really making any effort to be involved in their daughter True’s life,” Us Weekly’s source said. Elite Daily previously reached out to Kardashian and Thompson’s team about those reports, but did not hear back.

Us Weekly’s source also claimed that even though Kardashian was aware of Thompson’s busy schedule, she hoped he’d spend more time with True.

“Khloé understands he is on the road because of basketball and lives in Cleveland, but she just feels that Tristan has moved on,” added the source. “Tristan’s attitude seems to be, ‘I will see True when I see her.’”

Given how much love Thompson is expressing for True in his latest Instagram post, it seems that the real behind-the-scenes situation probably aligns more with a March 7 report from Entertainment Tonight in which a source claimed Thompson and Kardashian were working on co-parenting.

"Khloé and Tristan may have their issues but Khloé will never deny Tristan a chance to spend time with his daughter," the source said at the time. "Things may change in the future, but for now Khloé and Tristan are on the same page with True being with Khloé for most of the time.” Elite Daily reached out to Thompson and Kardashian's teams previously regarding the report, but did not hear back by the time of publication.

As for Khloé Kardashian, she's also suggested on Twitter that despite Thompson's indiscretions as a boyfriend, he is nothing short of an amazing dad, telling a fan, "he is a good dad to [True]."

So, I guess everything is going well for Kardashian, Thompson, and baby True. Thompson certainly seems to love his kids, that’s for sure!