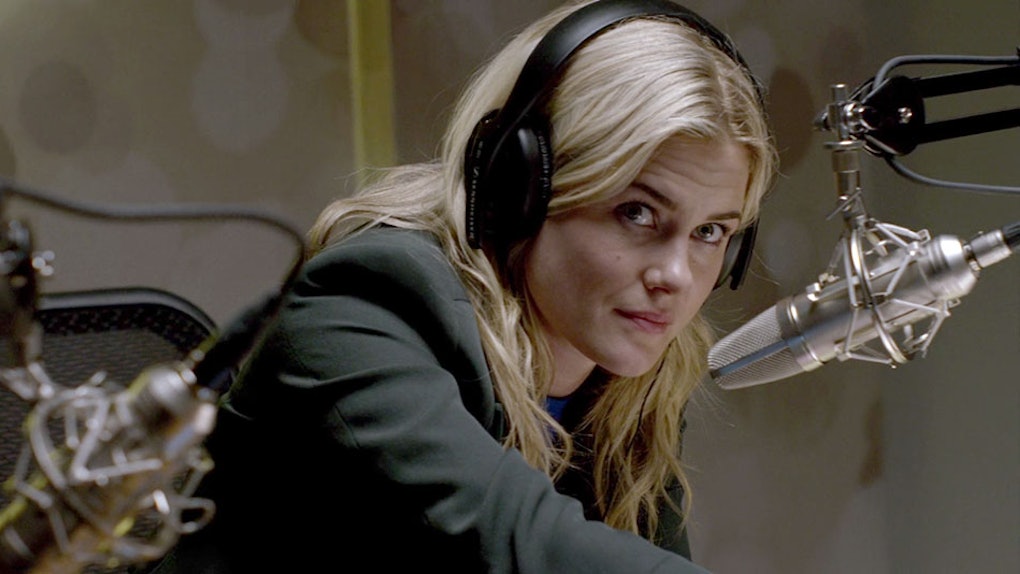 We didn't know a lot about Trish Walker's past in the first season of Jessica Jones, but the newly released Season 2 is going in deep in all of her glamorous/tragic days as an active celebrity. That is most apparent in Episode 7, which is the new season's flashback episode to a few of years before Jessica started Alias Investigations and Trish sobered up. The flashback ep shows Trish at the height (but actually, the lowest point) of her celebrity — she even has her own pop single! Trish's song "I Want Your Cray Cray" is the Jessica Jones jam you really did not expect the show to give you, and never knew you needed. Spoiler alert: This post will discuss details from Jessica Jones Season 2 Episode 7 "AKA I Want Your Cray Cray."

Viewers knew that Trish had a drug problem in the past, but the flashback seventh episode finally shows us what a drug-addicted Trish looked like... although I guess we are kind of already seeing parts of that in present-day Trish thanks to that crazy inhaler thingy. We also knew that Trish got her fame as a child star, but apparently she continued to seek fame into her 20s, including pursuing a music career. The episode shows Trish debuting her new single "I Want Your Cray Cray" at a nightclub, and everyone loves it, except for Jessica.

The basic pop song gives me Real Housewives vanity single vibes, as Trish just utters the song's title ad nauseum over a throbbing synth beat. Basically, it's the perfect pop radio hit. "I Want Your Cray Cray" also comes complete with a booty-shaking music video, which features Trish and a bunch of women back-up dancers gyrating all over the place. Although it's a blatantly vapid song, apparently Trish has been told that she has a shot at winning a VMA. Sure, why not!?

"I Want Your Cray Cray" and the rest of the flashback episode really underline a new level of Trish's celebrity that was definitely not apparent in Season 1. Back in the first season, Trish was a former child star who seemed to be mostly forgotten by the general public, better known for her radio talk show Trish Talks. But in Season 2, we are seeing a Trish that is apparently muchhh more in the public eye. She evades paparazzi, pulls the "Do you know who I am?" move at a country club, and we also learn that she actively kept her fame going until pretty recently, which are all totally new aspects to Trish Walker this season.

Obviously, Jessica Jones hates "I Want Your Cray Cray," because why would anyone ever expect Jessica to like a song like that. But actually, the reason is even deeper than an aversion to repetitive pop music — Trish released her single as she was entering the height of her drug addiction, and her re-growing fame was obviously fueling it. After praising the revolutionary brilliance of repeating "I want your cray cray" fifty times to a beat, Trish's friends offer up a trip to the bathroom, which frustrates Jessica, who knows that Trish's addiction is only getting worse. The two adopted sisters actually have a huge falling out over the ensuing disagreement, as Jessica met and developed a surprisingly healthy relationship with an aspiring club owner named Stirling, and Trish sank deeper and deeper into her drug addiction. Finally, Jessica finds Trish at her true lowest point on her knees in a club bathroom, and after a quick display of heroics, she gets her to agree to rehab.

Although Trish remained clean for years following that moment, Will Simpson's adrenaline-pumping inhaler seems to be resurfacing that addiction. Let's hope she can recognize the signs this time around.