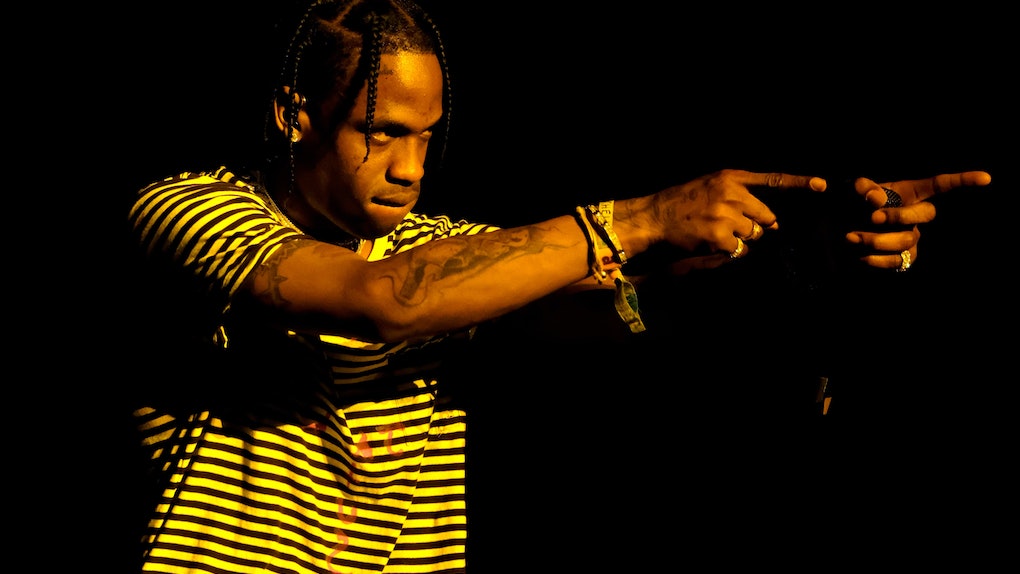 Travis Scott is doing everything he can to be the best dad to his daughter, Stormi Webster. The 26-year-old rapper and songwriter is still new to fatherhood, but that’s not stopping him from going the extra mile for his little girl. In fact, Travis Scott’s love for Stormi has made him really step up his game and the the result is absolutely adorable!

Scott and his long-time girlfriend, Kylie Jenner, welcomed little Stormi just three months ago. And since then, Scott has been on hardcore dad duty to the point where he’s shifting his entire life’s focus to ensure Stormi has the best of everything.

According to People magazine, a source close to Scott and Jenner revealed that Scott is taking fatherhood very seriously:

Kylie and Travis are doing well. They are a great family. Kylie is very in love with Travis. He is an amazing dad and loves spending time with their daughter. He has very much stepped up.

It sounds like family life really suits Scott. And Jenner, too, for that matter!

While music has always been Scott’s main focus, he has switched gears significantly since Stormi was born in February. Now, according to the source, all that matters to Scott is being there for his daughter to make sure she has everything she needs:

He hasn’t been working much and is instead focused on spending time with Kylie and Stormi.

Clearly, Scott was ready to be a parent and is super committed to making Jenner and his daughter happy. This is so adorable and it’s such great news, especially since Jenner’s sister Khloé Kardashian has been experiencing some stressful relationship woes, including a cheating scandal. All while welcoming her first baby, too.

But the source told People that the Kardashian-Jenner family isn’t at all worried about Scott betraying his girl or their new daughter:

Kylie’s family is very happy with him. He is young, but acts much more mature. After all the Tristan drama, they are especially happy that they don’t have similar problems about Kylie. She loves being a mom and she is very happy with Travis.

Hopefully, Scott and Jenner continue down this path of happiness and awesome parenting. It suits them so well and it’s truly commendable, especially since they’re so young. Jenner truly seems to love Scott, so there’s little worry among family and fans that he’s not doing right by her.

She loves him so much, in fact, that she rented out Six Flags Magic Mountain in Los Angeles for his birthday. The couple spent the day with friends, enjoying amusement park rides and living it up.

The party was basically a star-studded event with most of Jenner’s family taking part in the festivities. Kendall Jenner, Kourtney Kardashian, Kim Kardashian, and Kanye West were all there to give Scott an incredible birthday send-off. Sounds like so much fun!

Jenner shared a bunch of moments from the day in an Instagram story. Along with the the video, she included a little note.

Unfortunately, Stormi couldn’t be there, so Jenner made it her mission to include the little one as best she could.

Yep, little Stormi is on Scott’s birthday cake! Is that not the cutest thing?

“I told them, make sure Stormi has a seatbelt,” Jenner said in her Insta story.

That’s both cute and funny, and really shows the lengths to which these two will go to make each other happy. It’s obvious how loving and devoted Scott and Jenner are to each other and it’s so endearing to see. Baby Stormi has so much love surrounding her and it’s awesome.