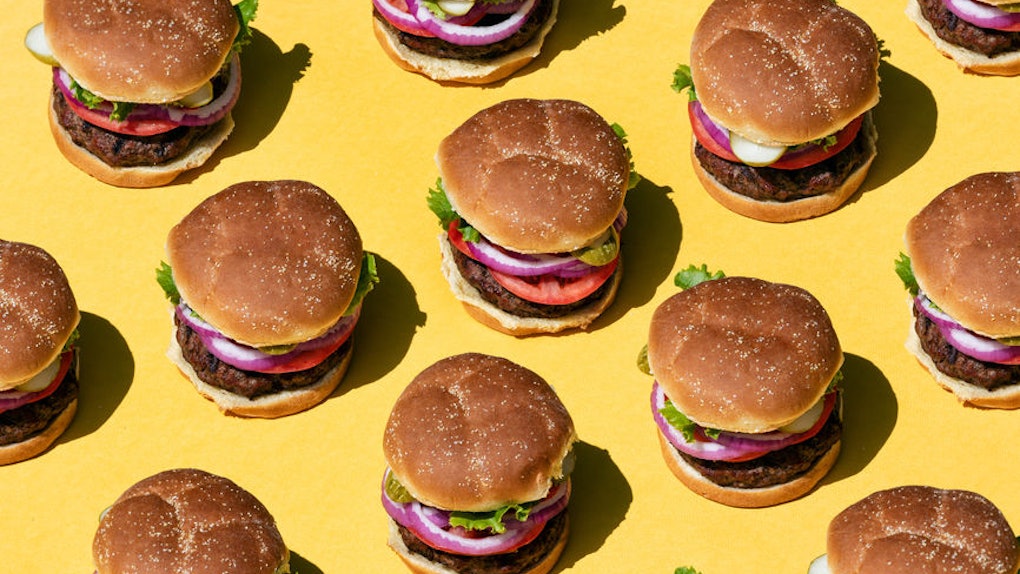 All day today, Tinder users will see the familiar face (and crown) of the Burger King. If you're lucky enough to match with The King, you're officially allowed to go to your nearest BK Lounge to collect your Single Sourdough King for just $0.01. (Get it? A single cent.)

According to the fast food chain, the sandwich includes:

Here's the face you need to look out for in order to collect your Singles Awareness Day snack:

What a suave guy!

It's a smart move for the dating app, especially considering their most recent study that found Generation Z isn't too particularly concerned with celebrating Valentine's Day in the traditional way.

In a press release sent to Elite Daily, Tinder and Burger King reported that one in three Gen Zers say that they would actually prefer to be with their friends than with their partner on Valentine's Day.

Even among people who did include their partners in their Valentine's Day, the study found that Gen Zers take a broader, more inclusive view of the holiday. The majority of study participants (61 percent) agreed that Valentine's Day is meant to be celebrated alongside all of the people in your life, not just your significant other. In other words, romantic love is just a slice of all the lovely kinds of affection and support out there — platonic love, familial love, and love for the four-legged fluffs in your life are just as important to sustaining a happy, healthy, well-rounded life.

Furthermore, 29 percent of Gen Z survey participants said they felt "indifferent" toward Valentine's Day. In other words, if you aren't all that bothered by chocolates, roses, and rom-coms, you aren't alone. Accordingly, about a quarter of Gen Zers (26 percent) said they didn't have specific plans for Valentine's Day.

More like this
10 Questions To Ask Your Tinder Match
By Cosmo Luce
21 Lines To Use On Bumble To Revive A Dead Conversation
By Caroline Colvin
Each Zodiac Sign Gets Bored In Relationships For A Different Reason, Here's Yours
By Rachel Shatto
Stay up to date