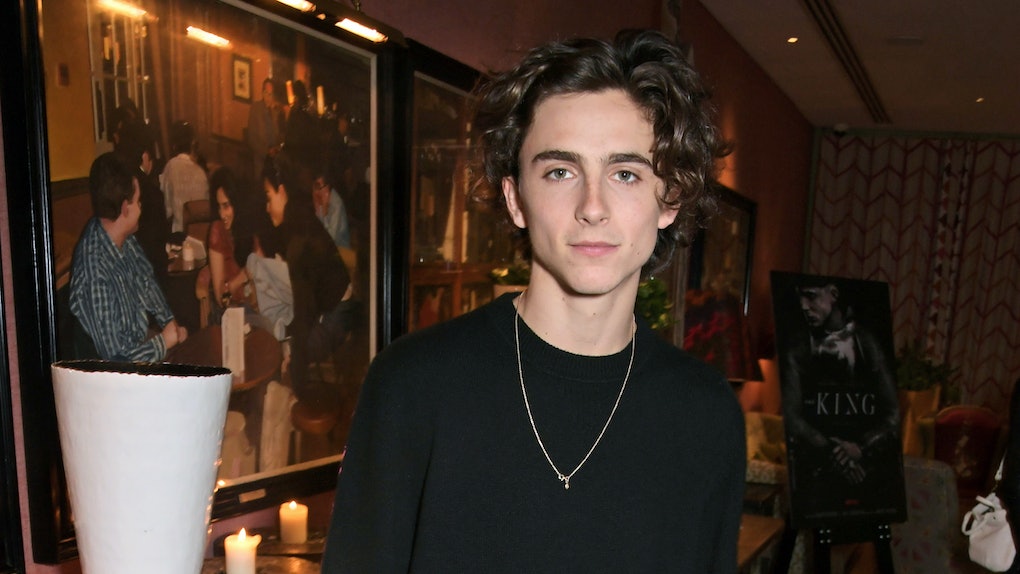 One look at Timothée Chalamet is all it takes to fall madly in love with him. Seriously, watch Lady Bird one time. No one could blame you for wondering what it would be like to to date him, or even just run your fingers through his hair à la Lily-Rose Depp. But if you’re already crushing hard, get ready for that attraction to level up. Based on Timothée Chalamet's zodiac sign, he's also an top- notch partner.

Chalamet was born on Dec. 27, 1995, under the sign of Capricorn. This earth sign is well-known for being one of the most grounded, mature, and trustworthy in the zodiac. Capricorn has no patience for mind games. They know themselves and understand exactly what they want. As such, they don't feel compelled to date around and play the field. If you have Capricorn's attention, chances are pretty high that you have their heart as well.

While Chalamet is, according to Popsugar, reportedly booed up and making out on yachts with his The King co-star Lily-Rose Depp, it's hard not to think about what he's really like as a partner. (Elite Daily reached out to Chalamet and Depp’s teams for comment on the status of their reported relationship, but did not hear back by the time of publication.) Here's what we can surmise, based on what the stars have to say.

Capricorns are old souls, so they tend to have a more old-school view when it comes to relationships. That's not to say they have antiquated ideas about love and gender roles, it's just that they're probably looking for someone to commit to. They aren’t driven to date a ton of people, but would rather find someone they really like and give them their all. This sign is happiest when they're in a monogamous relationship, and is willing to put in the hard work to make that relationship healthy and happy, even through tough times.

While Capricorns prefer to be partnered up and share their lives with someone, it's also really important for this sign to maintain plenty of independence. This is a highly ambitious sign that has serious goals to pursue, so people who expect their Cap partner to spend every moment by their side will find their boundaries and need for space frustrating. On the other hand, when paired with someone who has the same ambition they do, Capricorn is a great cheerleader who is always there to bounce ideas and push their partner to be their very best.

Capricorn Is Extremely Passionate Once They Get Comfortable With You.

While Capricorns may not have the same reputation for passion as, say, Scorpios, it's not actually due to a lack of desire. Rather, it's that they keep their desire close to the vest. They tend to be a bit more reserved from the start, preferring when their partners make the first move. Once they feel comfortable, you're in for a real treat in the bedroom. Prepare to feel the Earth move.

What does all this say about Chalamet? Basically, if you're looking for old-school romance with a partner who isn't afraid to commit, then he's total partner goals.