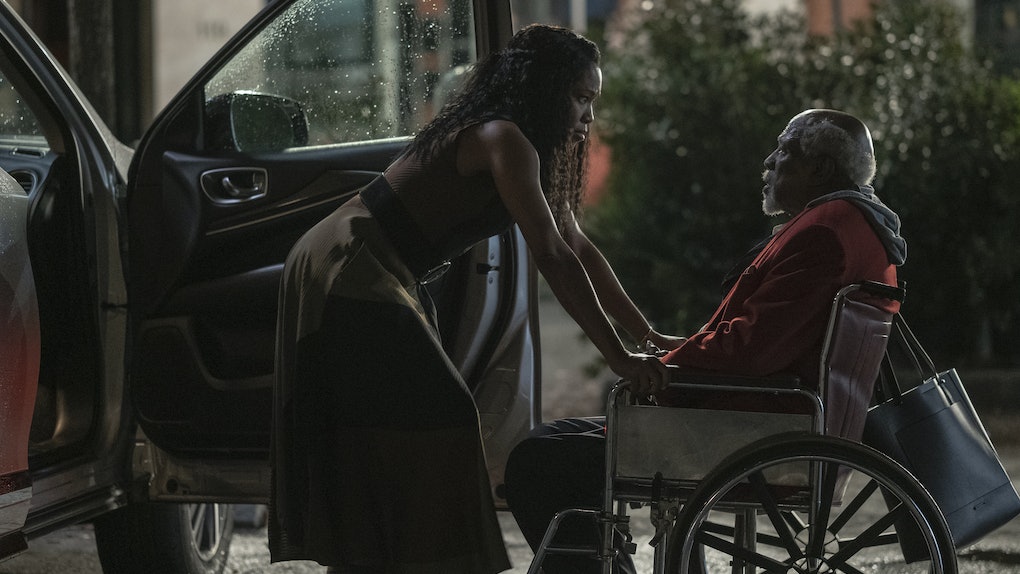 Watchmen is a show with several different plot angles, all going at the same time. It's a series exploring an alternate reality where superheroes exist. It's a deep dive into America's racist history, through the lens of a world where reparations were passed. It's a sequel to a comic book that partly deconstructs pop culture's current obsession with superheroes. And on top of all that, it's a murder mystery whodunit, with the key suspect being Will reeves, who is 105 years old. This Watchmen theory about Will Reeves’ Nostalgia pills suggests that the man is telling the truth in his confession. Warning: Spoilers for Watchmen follow.

When Angela Abar finds the body of Tulsa's chief of police, Judd Crawford, hanging from a tree, Reeves is sitting underneath in his wheelchair. He claims to have killed Crawford.

Angela is not buying it. How does a tiny old man in a wheelchair hang a man half his age, in his prime? But as Angela digs deeper, she finds there's a lot about Will Reeves that doesn't make sense. Biologically, he's her grandfather, one she never knew existed. According to historical records, he died as a child in the 1921 Tulsa massacre. Obviously, both these things cannot be right, just like it cannot be true that a man over 100 years of age hung her police chief. And yet, he claims he did.

All of these contradictions come to a head in a bottle of pills Reeves left for Angela to find. These pills are called "Nostalgia," and they are literally a person's memories, which they can take to relive the past. According to HBO's supplemental Peteypedia documents, Lady Trieu invented Nostalgia in 2007 for those suffering from dementia and Alzheimer's. Trieu also happens to be friends with Reeves, rescuing him from Angela before she can arrest him. (Also, Reeves apparently can walk just fine when hanging out with Trieu.)

As the inventor of these pills, Trieu knows how dangerous it is to take someone else's Nostalgia pills and live their memories. And yet, she has no problem with Reeves choosing to put these pills in Angela's possession in hopes she'll do just that.

So what memories are so important Lady Trieu would override her own printed warnings on the label to never take someone else's Nostalgia? One fan theory suggests this relates to the superheroes of the past, either the Minutemen or the Crimebusters.

Trieu bought out former superhero Adrian Veidt's company when he was declared dead. She seems to know he's alive somewhere, by her accidental use of the present tense to refer to him. She probably knows the truth behind the events of 11/2, that it was all a hoax Veidt created, as are the squid showers he created as follow-up events.

That suggests these pills are somehow tied to the truth behind Veidt. But Reeves is old. And besides, Wade Tillman filled in those events, having lived through them himself in 1985.

Reeves' age suggests a different era: He may have known the truth behind the original Minutemen, the superheroes that American Hero Story chronicles every week. Whatever is buried in his memories is important enough Trieu agrees that Angela, as part of a new generation of masked vigilantes, should know it.

Hopefully, she also has plans for Angela to survive it.