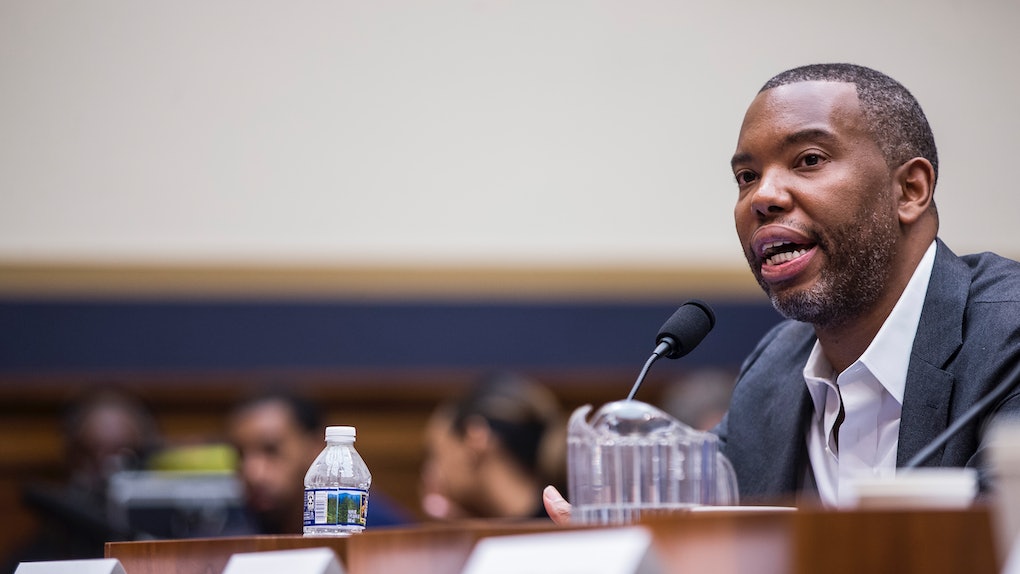 Wednesday, June 19 marked Juneteenth, the day that commemorates the abolition of slavery in America and the emancipation of enslaved African-Americans following the Civil War. While many people were sharing posts and offering insight into this celebration, others were taking a more serious stand. Just watch this video of Ta-Nehisi Coates explaining reparations to Congress and prepare to be inspired.

On June 19, acclaimed author and essayist Ta-Nehisi Coates appeared before Congress to discuss the importance of reparations for slavery towards black Americans during a debate about H.R. 40, which would study how to implement reparations. Reparations are generally understood to include financial compensation for families and communities affected by slavery, but there is an ongoing debate about whether they would be effective and what form they might take. The concept is controversial, with some Americans believing passionately that it is the first step towards righting a terrible wrong, while others believe that too much time has passed for reparations to benefit the individuals and communities exploited.

A day before the hearing, on June 18 Senate Majority Leader Mitch McConnell joined the latter group, stating that he opposes reparations. "I don't think reparations for something that happened 150 years ago when none of us currently living are responsible is a good idea," he said, adding that the country has since passed civil rights legislation and elected a black president.

Coates did not agree — to put it lightly. While speaking, Coates explained reparations are about "making amends" and holding white Americans accountable for the many decades of imprisonment and exploitation African-Americans faced before the Civil War, and the inequality still impacting black residents to this day. He addressed McConnell's stance on reparations while speaking to Congress on the June 19 panel, in which he not only discussed how slavery influenced black American communities' inheritance of wealth to this day, and how in the years since the black community has continued to be discriminated against. Coates said in part,

Majority Leader McConnell cited civil rights legislation yesterday, as well he should, because he was alive to witness the harassment, jailing, and betrayal of those responsible for that legislation by a government sworn to protect them. He was alive for the redlining of Chicago and the looting of black homeowners of some $4 billion. Victims of that plunder are very much alive today. I am sure they’d love a word with the majority leader.

Coates had quite a bit more to say, and it's worth watching the video in its entirety.

The wealth disparity between black and white households is well documented. A May 2018 study from the U.S. Bureau of Labor Statistics stated that black individuals have the lowest average household income, earning $48,871 compared to the average household income of $70,448. In February, the Urban Institute found that white homeowners hold a higher average housing wealth compared to black homeowners among numerous age groups. In addition, even though white homeowners typically purchase first homes that are a higher value, black homeowners suffer with more first mortgage debt, according to the Urban Institute.

Coates is known for his work on discussing racial issues within the United States. In 2014, he penned an article for The Atlantic titled "The Case For Reparations," where he wrote about Black residents' lives after the abolition of slavery, and the need for reparations in order to guarantee equal footing for all residents within the nation.

From housing inequality to the criminal justice system, there's still a lot of work that needs to be done to ensure equality for communities of color. Take a moment, and listen to what Coates has to say.