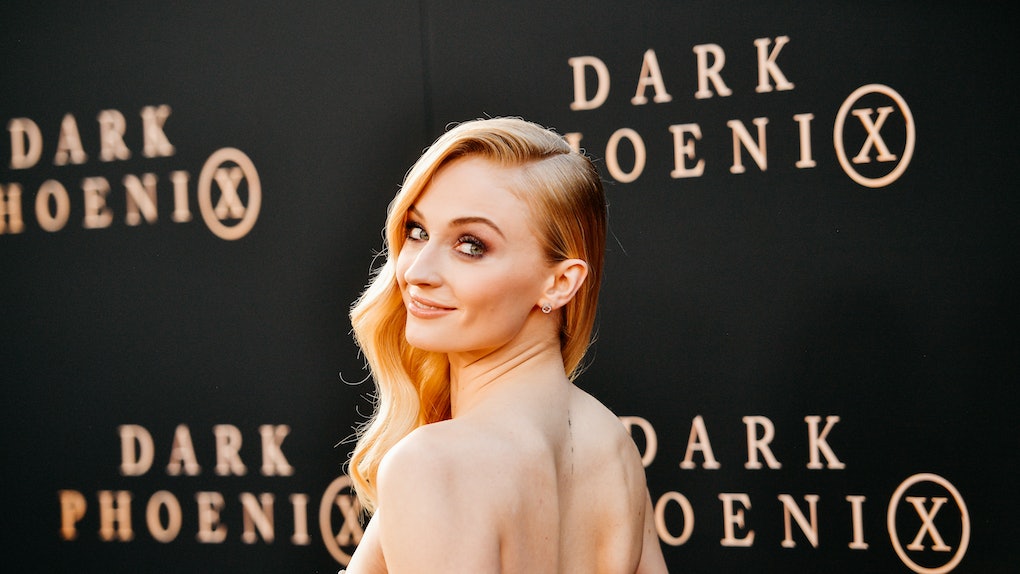 Unless you live under a rock, chances are you've seen everyone from Justin Bieber and Kendall Jenner to Jason Statham and Mariah Carey attempt the Bottle Cap Challenge over the past week. The latest viral challenge to hit the internet by storm, which has participants attempt to unscrew a bottle cap simply without using their hands, has no shortage of celebrity fans — but it's safe to say Sansa Stark is not one of them. This video of Sophie Turner's Bottle Cap Challenge attempt is a savage mic drop on the viral task, and it's literally so relatable if you're ready for this challenge to be history.

Unless you've been personally attempting to open bottles sans hands, there's a chance you might be in Snoop Dogg's camp when it comes to your feelings about the latest craze to take over the internet. While there's been no shortage of A-listers putting their own unique spin on the task (literally) with increasingly more daring results, the Game of Thrones star didn't hesitate to make her feelings ~known~ about the challenge.

In the clip, which the actress shared on Friday, July 12 to her Instagram Stories, Turner is on a plane and holds her hands up as if she's about to try her own attempt at the viral task with a wine bottle. Then, at the last minute, she pulls back and opens the bottle normally to take a swig.

"Stop this," she says sternly to the camera. "Now." Someone (probably her husband, Joe Jonas) can be heard laughing in the background while she addresses her audience.

Turner hilariously captioned the clip "And that's the tea," adding, "I look terrible, but someone's gotta do it."

It's now been a few weeks since Kazakh taekwondo fighter Farabi Davletchin originally started the trend on June 25 when he posted his take on the trick. The viral trend was born when he then nominated Jason Statham and Jackie Chan to see if they could do it.

Since then, John Mayer, Diplo, Justin Bieber, Hailey Baldwin, and Blake Shelton have all tried their take on the challenge with varying degrees of success. While Kendall Jenner managed to perfectly execute a kick while wearing a green bikini and riding a jet ski, Mariah Carey has since proven herself to be the queen of the challenge by unscrewing the cap of the bottle with none other than her vocal cords (sorta).

Now, it looks like the Queen of the North has come to take Carey's title by shutting down the challenge in the most hilarious (and relatable) way possible, and honestly, I'm not mad about it. After all, it's kind of hard to top "opening up" a bottle solely with your singing prowess, jet skis and cars notwithstanding.

Only time will tell whether the internet actually heeds Turner's advice and turns their attention to something new, leaving the Bottle Cap Challenge to go the way of the summer of 2018's viral "In My Feelings" Challenge. Still, Turner's attempt makes as good a finale as any.