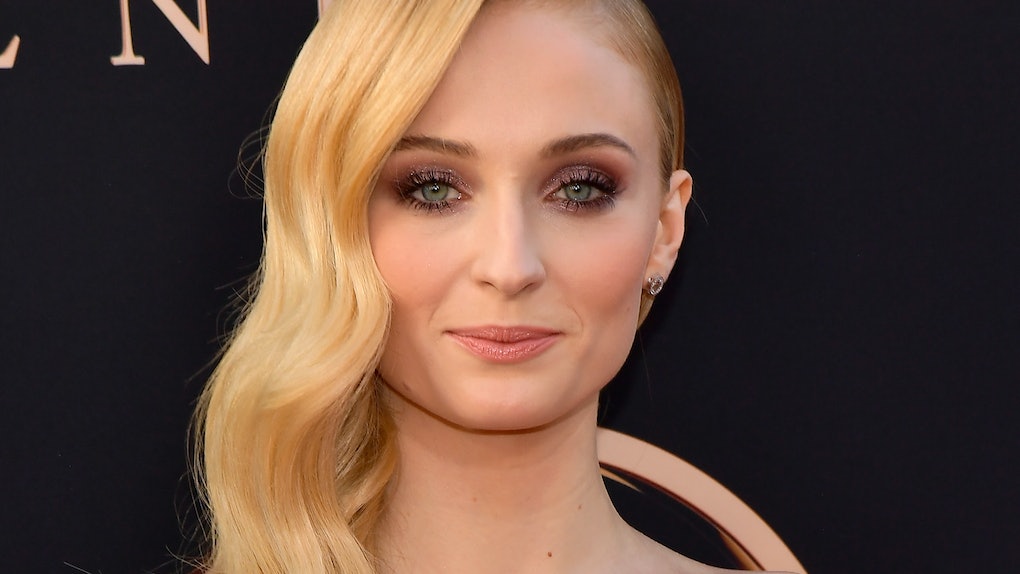 The in the North is the queen in my heart and she'll be yours too after you watch this video of Sophie Turner smacking Conan O'Brien across the face. It is epic and truly for the best reason ever.

At this point, you are probably wondering what in the world did O'Brien do to yield a cold one from Turner. Well, my friends, it is more entertaining than you think. You see, Coco literally asked for it. He asked to be smacked across the face by the Game of Thrones alum and I'm so glad he did.

Here's how it all went down: Turner appeared on Coco's talk show Conan, on Wednesday, June 5, to promote the latest installment of the 20th Century Fox produced X-Men franchise, X-Men: Dark Phoenix. Coco asked if she and the rest of the cast play drinking games with one another. The 23-year-old actor said she and her castmates would not play on set, but they definitely played a "brilliant" drinking game when they were done filming.

This game, might I add, was seemingly unheard of up until this point. No one, nobody, not a single soul in the studio audience seemed to have heard of this "brilliant" game she called Tequila Slaps.

"Does anyone know Tequila Slaps? No, It's just an X-Men thing?" she said to the chuckling audience.

Now, this is where things get interesting guys.

Turner asked Coco with the most mischievous smile you've ever seen, "Do you want to play? I really want to play this game," while O'Brien stammered about how he'd like to play if she walks him through it.

In the video posted by Team Coco, Turner explained the rules as follows: "So basically, two people stand opposite one another. One person takes a shot and before they have time to swallow, the other person slaps them around the face."

The crowd cheered and it was on.

Turner busted out the tequila and poured three big shots, one for O'Brien, one for herself (that's my girl), and the other for his co-host Andy Richter — who hilariously found Tequila Slaps to be more of a turn-on than anything else.

"To call that a game seems... it's more of a kink really," said Richter to the cheering audience.

Turner then asked Coco to stand as he tried to clarify more of the rules. "How much time do I get... just go?" he said before knocking it back. About a second passed before Turner smacked him so hard the audience let out an audible "Oh!"

Coco looked dazed and confused while Turner laughed and apologized for the intensely epic smack.

"Wow, that was a fantastic slap," O'Brien said after seeing what was probably stars in his eyes for a few minutes.

Turner later admitted she previously appeared on Conan with a purple hand mark on her face from previously playing Tequila Slaps.

Whoa, Sophie is not messing around!

Of course, anyone who follows Turner knows she is no stranger to a little bubbly and would probably never back down from a drinking game. Like, the girl chugged wine in front of an entire hockey stadium on a jumbotron and effortlessly dabbed for the finish. Boss.

Quite frankly, I'm looking forward to her next beverage-based musing, but until then, I'm going to pour one out for my Drinking in the North.

More like this
Here's Why Harry & William Will Not Walk Together At Prince Philip's Funeral
By Brandy Robidoux
Here's How To Stream 'Nomadland' So You Can Finally Get The Hype
By Rachel Varina
Is Netflix Making A 'To All The Boys' Spinoff Series About Kitty? Here's The Tea
By Rachel Varina
Stay up to date