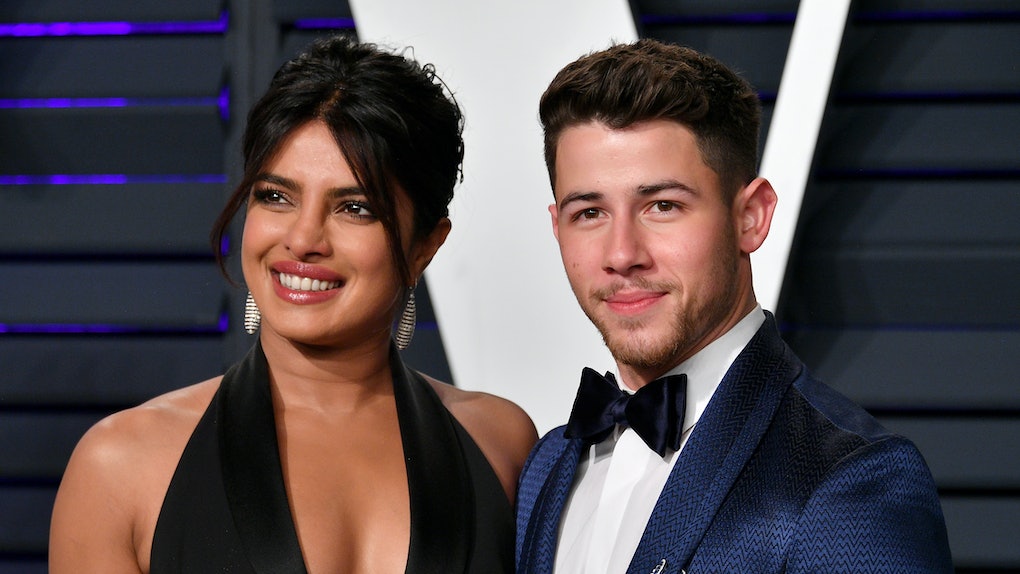 If you need any reassurance that love is still alive and well in the world, this video of Priyanka Chopra falling down stairs into Nick Jonas is pretty much the most simultaneously hilarious and adorable thing you'll see all day. How, exactly, did Chopra fall into Jonas, you ask? Allow me to explain.

Anyway, our girl Chopra was trying to find her way down the stairs in her heels when... she fell. BIG TIME. This wasn't one of those casual falls that you quickly save yourself from before it actually turns into a real fall. No, it was a full on tumble. Luckily for Chopra, her husband was there to catch her before she actually got injured or anything. And luckily for us, someone captured the entire thing on video and decided to post it on Instagram.

Watch for yourself here and prepare to LOL.

As you can see in the video, Chopra could not have handled her fall any better. She laughed it off and grabbed onto Jonas' arm before things got awk and she actually fell in the middle of this random bar.

Also, can we talk about how strong Jonas is? Just one hand hold and he was able to stop her entire body from falling down a flight of stairs!?

Cosmopolitan reports that the fall took place this past weekend when Chopra was with Jonas at a bar at Penn State University. Jonas was reportedly at the bar for a surprise performance and I'm officially so jealous of every Penn State student who happened to be at that bar that night.

As if things couldn't get any cuter, Jonas and Chopra weren't just hitting the bar by themselves. They were actually joined by Jonas' brothers, Joe and Kevin, and their significant others, Sophie Turner and Danielle Jonas.

Chopra even Instagrammed a few pictures of herself alongside her fellow Jonas baes and, based on her captions, it seems as though the three ladies are workshopping a few potential nicknames.

First off, we've got the #Jonai...? Chopra captioned a picture of the whole Jonas clan at the Penn State Bar, "It’s #thejonai comin atchya!" LOL.

My personal favorite is the nickname that seems to be reserved exclusively for the Jonas ladies. Chopra captioned a picture of the three ladies aboard a private jet (same), "The #Jsisters are finally together!! @daniellejonas@sophiet ❤️😍🎉🙌🏽"

Let's hear it for the #Jsisters!